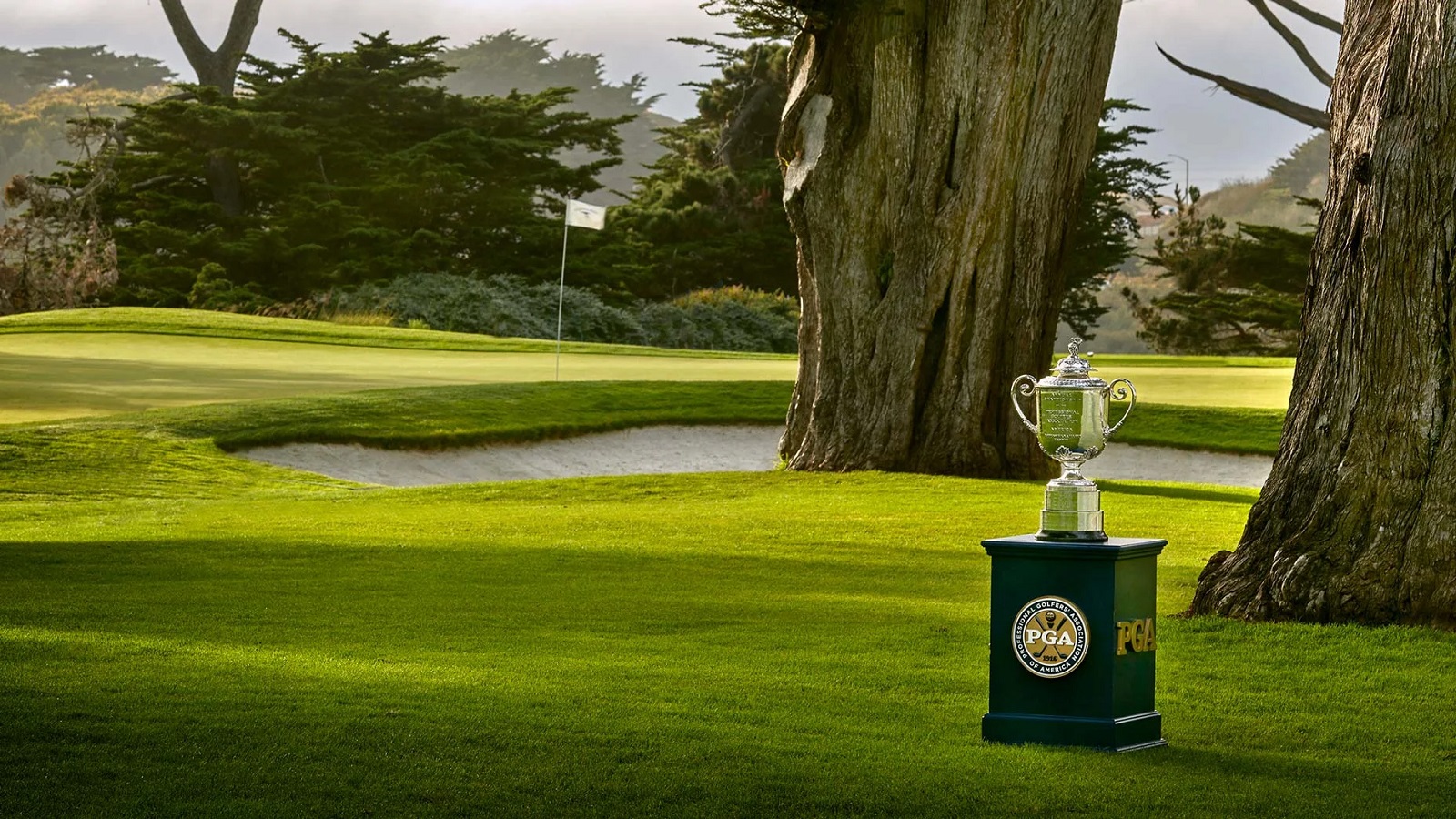 It feels like we have been waiting an eternity but the time has finally come! The first major championship of the season, the PGA Championship, will get underway this Thursday from TPC Harding Park in San Francisco. We have a full preview, power rankings and betting picks for the event below!

It was a fantastic event at the WGC-FedEx last week as Justin Thomas became the first player to win three PGA Tour titles this season. The win extended Thomas’ lead atop the FedEx Cup standings, which now sits at over 700 points to his nearest rival with the playoffs set to kick off in a few weeks.

The new No.1 ranked player in the world will be one of the major drawcards in what is a predictably stacked field this week for the first major of the season.

95 of the top 100 in the world are set to tee it up this week at the PGA Championship and there’s no doubt that the headline will be the return of Tiger Woods after a few weeks off. Woods finished T40 at the Memorial in his first tournament since the break and will be hunting a 16th major championship title this weekend.

All of the top 10 ranked players in the world will be in attendance, including Jon Rahm, Rory McIlroy, Justin Thomas, Webb Simpson, Dustin Johnson, Brooks Koepka, Bryson DeChambeau, Patrick Reed, Patrick Cantlay and Adam Scott. For Scott, this will be his first official tournament since the PGA Tour resumed. 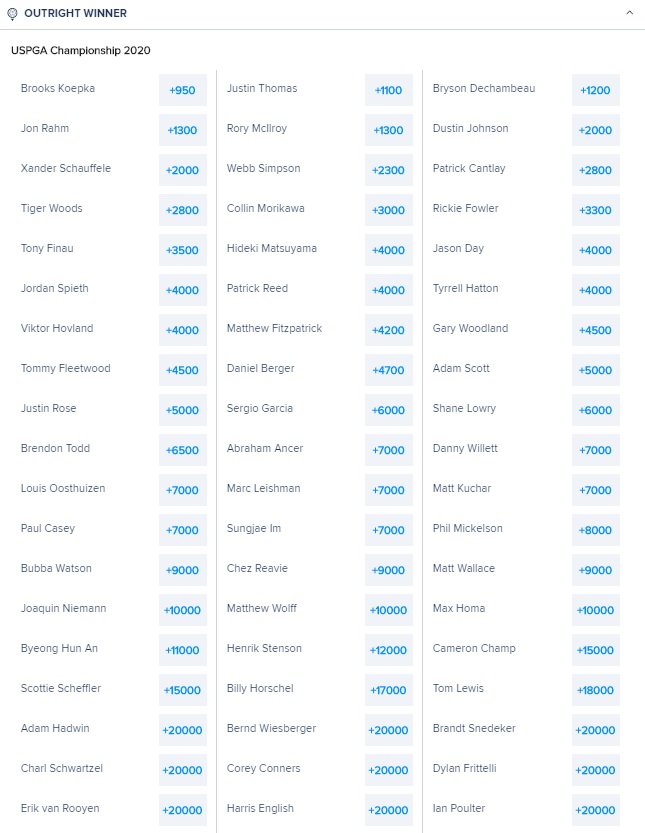 TPC Harding Park in San Francisco was opened in 1925 and has been the host of some notable golf touranments throughout it’s history. Since it’s most recent redesign which achieved the layout we will see this week, it has hosted the 2009 Presidents Cup as well as two WGC events in 2005 and 2015. Those two WGC events were won by two big chances heading into this week in Tiger Woods (2005) and Rory McIlroy (2015).

The best player in the world ascended to his rightful place atop the world golf rankings after his win at the WGC event on the weekend. He is the first and only player with three wins in the PGA Tour season so far and currently leads the FedEx Cup standings by a whopping 700 points to his nearest rival in Webb Simpson. Hasn’t played TPC Harding Park in a competitive tournament before but can’t imagine that is bothering him too much in the lead up. Ranks 18th in shots gained off the tee, 1st in shots gained on approach and 1st in shots gained from tee-to-green. Is a previous PGA Championship winner.

If not for his solid performance at the WGC on the weekend, Brooks wouldn’t be on this list. But the No.6 player in the world was able to find some form in Memphis and will be defending his title this week at the PGA Championship. Say what you want about Brooks’ form but the big hitter always comes to the party in the major championships, having finished 21st or better in 16 of his last 17 majors. Is a previous PGA Championship winner.

Going a bit further down the list here and looking towards Aussie Jason Day for our No.3 pick. Day was slow out of the blocks when the season resumed, missing the cut in two of his first three tournaments, however, has bounced back and is showing some brilliant form over the past few weeks. Finished T7 at the Workday Charity Open, T4 at the Memorial and T6 at the WGC event on the weekend. Is a previous PGA Championship winner.

McIlroy might not be playing his best golf at the moment but if he was held to the same standards as everyone else on tour, you wouldn’t think he was ‘out of form’. Has to be respected in the majors, especially on a course that should help strong tee-to-green players and shouldn’t hinder poor putters too much. Has finished in the top 10 in 10 different major championships over the past five seasons. Is a previous PGA Championship winner.

The lack of respect that Patrick Reed gets from the golfing world is almost criminal. It’s probably due to the couple of infamous decisions he has made on the course but at some point, his record has to do the talking. Has one of the best short games in the world and plays more golf than any other top tier player on tour. Comes off a top 10 finish at the Memorial and a solid week at the WGC event.

Love the look of Jason Day this week. The Aussie has finished in the top 10 of his last three tournaments and despite on-going back problems, looks to be in pretty good shape at the moment. He is  amuch better player than his World No.43 ranking would suggest, and he has finished in the top 20 in six of his last seven trips to the PGA Championships.

Has made cuts in major championships for fun over the course of his career. Since the 2014 season, he has played in 23 major championships, missing the cut on just two occasions. He has not missed the cut at the PGA Championship since 2011 and finished T2 in 2017.

Liked the look of Palmer last week and he didn’t disappoint, finishing T15 and helping us easily collect on a top 40 bet at odds of +110. Is in great form at the moment and well worth another top 40 bet.