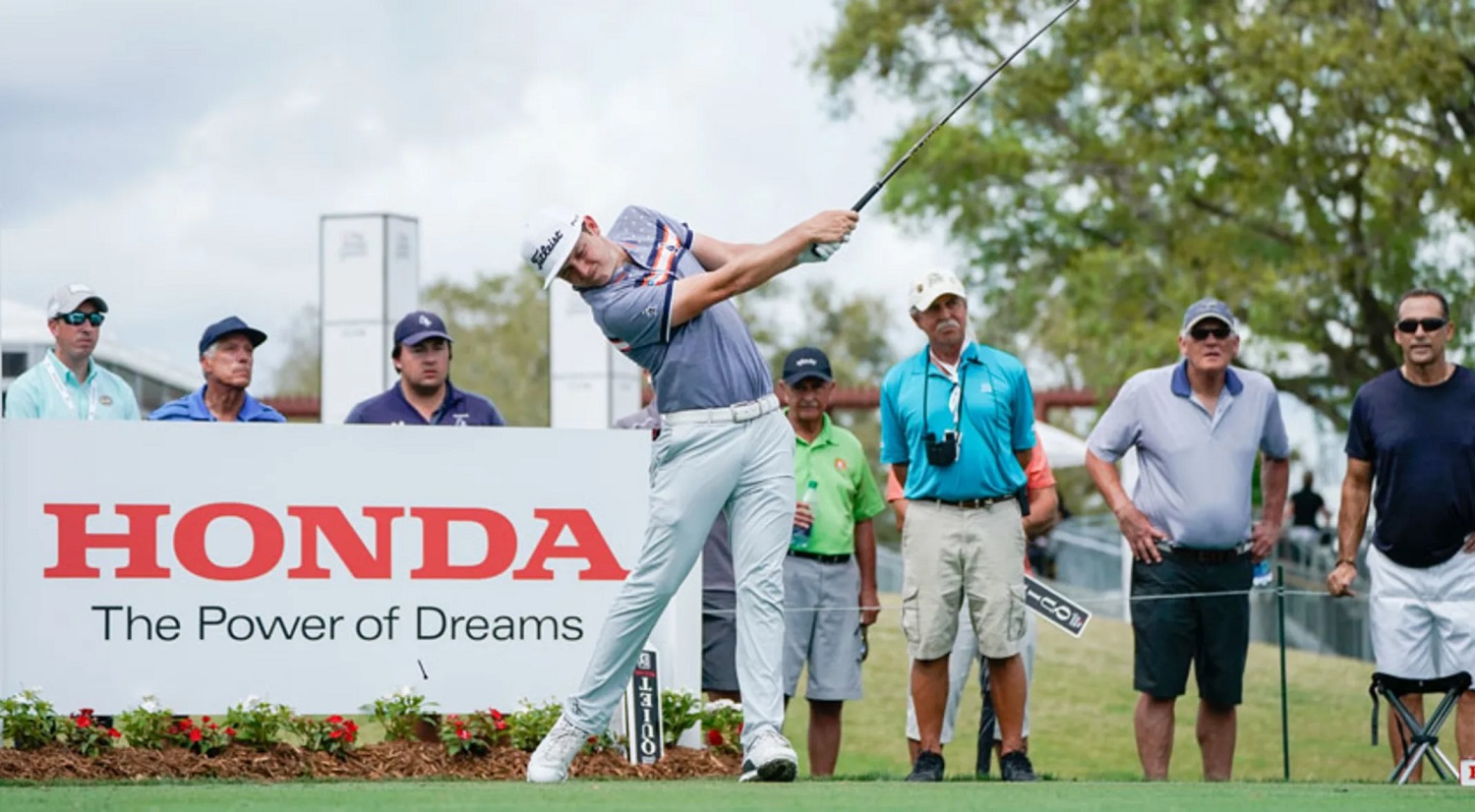 It was a great weekend in Mexico last week as we hit on a couple of bets with our top picks in Jon Rahm and Gary Woodland both securing high finishes at the 2nd WGC event of the season. The PGA Tour continues this weekend as we head East for the beginning of the Florida swing, which kicks off with the Honda Classic at the PGA National Resort & Spa.

As usual, we have a full preview and betting tips for the upcoming tournament, and we’ll be looking to continue our hot stretch of form in Florida!

With two big tournaments coming up over the next two weeks in the Arnold Palmer Invitational and The Players, many of the top tier golfers have opted out of travelling to PGA National Resort & Spa this weekend, instead focusing on getting a rest in before major season begins.

Interestingly, one player that would usually be a prime candidate to miss a smaller tournament such as the Honda Classic is Brooks Koepka, who will be teeing it up and headlining the event this week. Koepka hasn’t played much golf of late, and is still recovering from a knee injury, nonetheless, he will still be the main draw-card in Florida this week.

Alongside Koepka will be just a few top tier names in the likes of Justin Rose, Rickie Fowler, Tommy Fleetwood and Gary Woodland, while the rest of the field will be made up largely of young stars and journeymen. 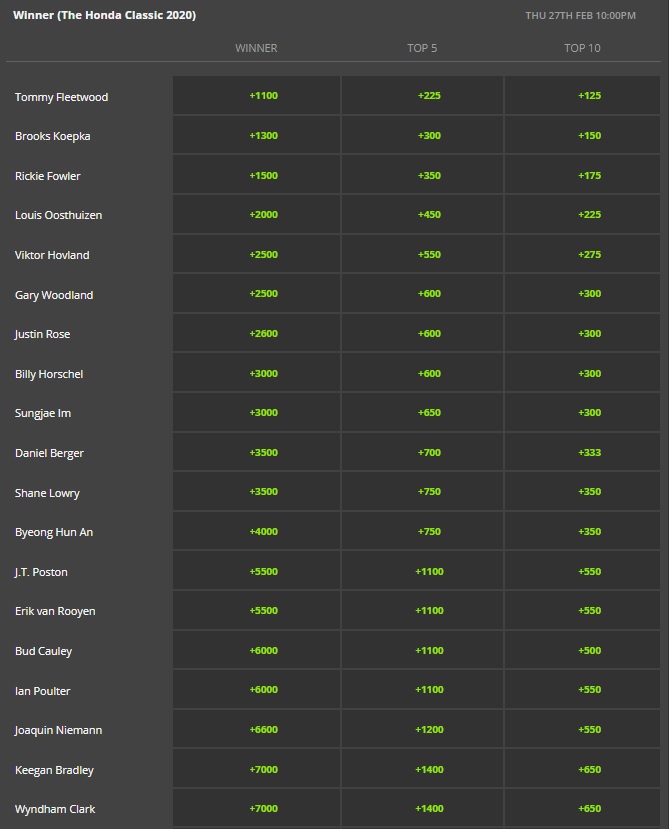 The Champion Course at PGA National Resort and Spa was redesigned by Jack Nicklaus in 1990 and subsequently became home to one of the most famous stretches of holes, aptly named ‘The Bear Trap’. The run stretches from hole 15-17 on the course and is amongst the toughest in all of golf, and contributes to the Champion Course ranking amongst the toughest on the PGA Tour annually.

With water in play on 16 of the 18 holes, accuracy from tee-to-green is absolutely paramount at the Champion Course. At just over 7,100 yards as a Par 70, length isn’t a massive issue here, instead, we’ll be targeting players who have high green in regulation percentage this week.

Love the look of Tommy Fleetwood here. The Englishman is yet to win a PGA Tour tournament but has come so close on so many occasions. He ranks highly in greens in regulation percentage this season, coming in at No.10 at just over 74% of greens hit. He is an incredibly strong ball striker, ranking 36th in shots gained on approach and 10th in shots gained off the tee.

Fleetwood has had a decent season in the PGA Tour to date, participating in four tournaments, making the cut in all four and finishing in the top 25 at the CJ Cup, the ZOZO Championship and the WGC-Mexico on the weekend, where he finished T18.

Is in great form and should go close in a pretty weak overall field.

Another who we really like this week is Harris English. The two time PGA Tour winner has had a decent season to date, finishing top 10 in four of nine tournaments. He hasn’t played a PGA Tour event since the Waste Management Open at the start of the month, where he finished T16, so should be fresh coming into the Honda Classic.

English ranks No.2 overall in greens in regulation percentage at over 77%, ranks 27th in shots gained on approach and 17th in both shots gained off the tee and from tee-to-green. Is an incredibly strong iron player and should be in the mix this weekend as he will have no problem avoiding the water.

DraftKings have a fantastic promotion for you to take advantage of for the Honda Classic this week! Click HERE to sign up to DraftKings and your first deposit will be matched up to $1,000!