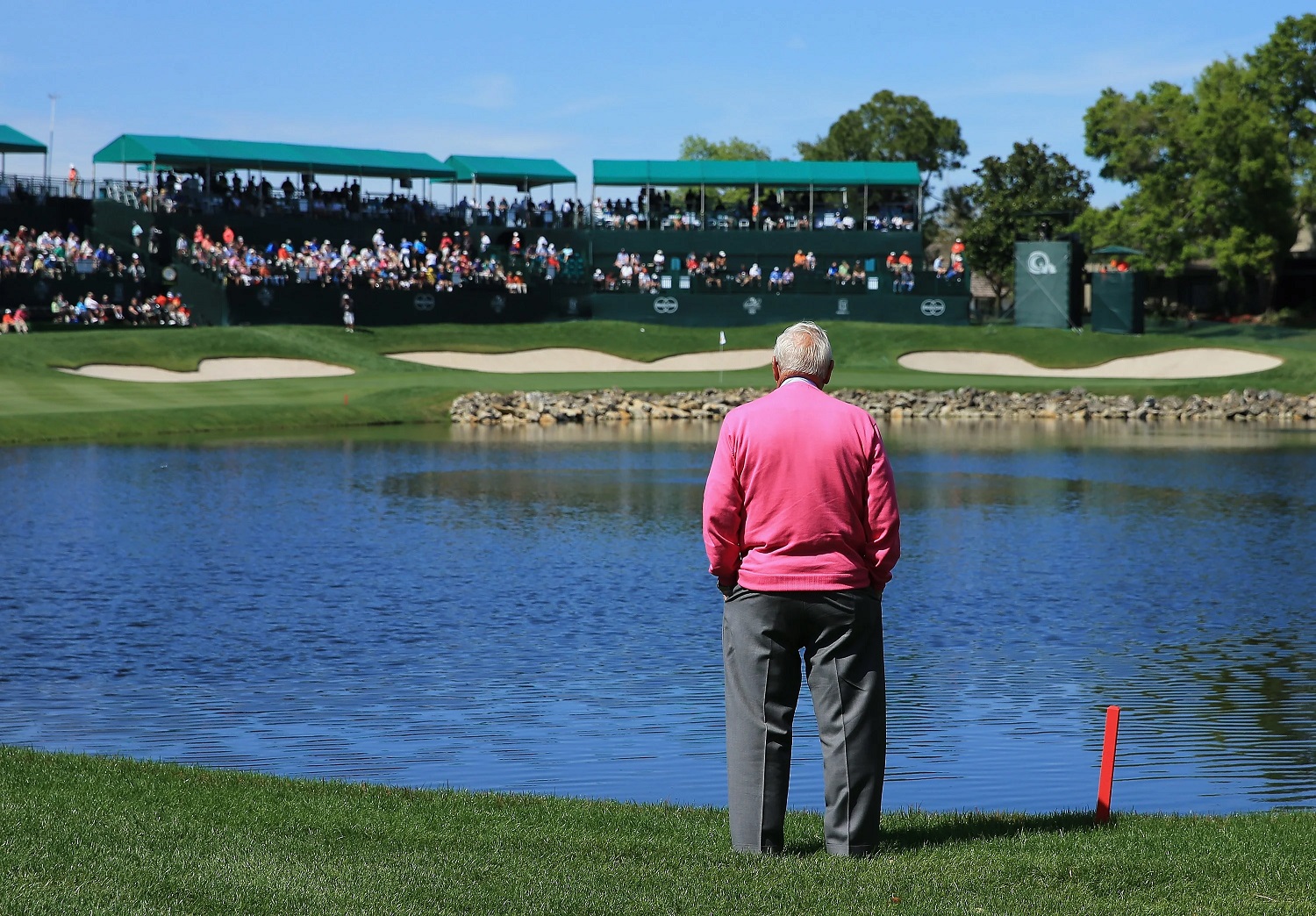 The 2020 PGA Tour continues this week as we head to the Bay Hill Club & Lounge in Orlando, Florida for the annual Arnold Palmer Invitational!

With just one week until The PLAYERS, the best golfers in the world will be in full preparation mode this week, and we have a full preview and betting picks for all of the action below.

It was a fantastic weekend last week at the Honda Classic as we hit on a few of our top bets for the tournament! Our top pick, Tommy Fleetwood, finished in 3rd place, helping us pick up a tasty little +125 win on a top 10 bet.

We also hit on a +430 bet on the World No.2 Brooks Koepka to miss the cut. Koepka had a horrendous few days on Thursday and Friday and ultimately bowed out at +8.

With the Bay Hill tournament being just one of five events throughout the PGA Tour season with the invitational status, the field is reduced to just 120 players and a boosted prize-pool of $9,300,000.

The tournament has attracted a strong field this season, led by the No.1 ranked player in the world, Rory McIlroy. McIlroy has been in dominant form to open up the PGA Tour season and will look to win his 2nd title at Bay Hill this weekend.

Previous winners of the Arnold Palmer Invitational receive automatic invites to the event, so there will be a host of players aiming to add a second trophy to their cabinet in the likes of Jason Day, Robert Gamez, Marc Leishman, Phil Mickelson and Francesco Molinari. American Matt Every will be looking for a third after winning in 2015 and 2016. 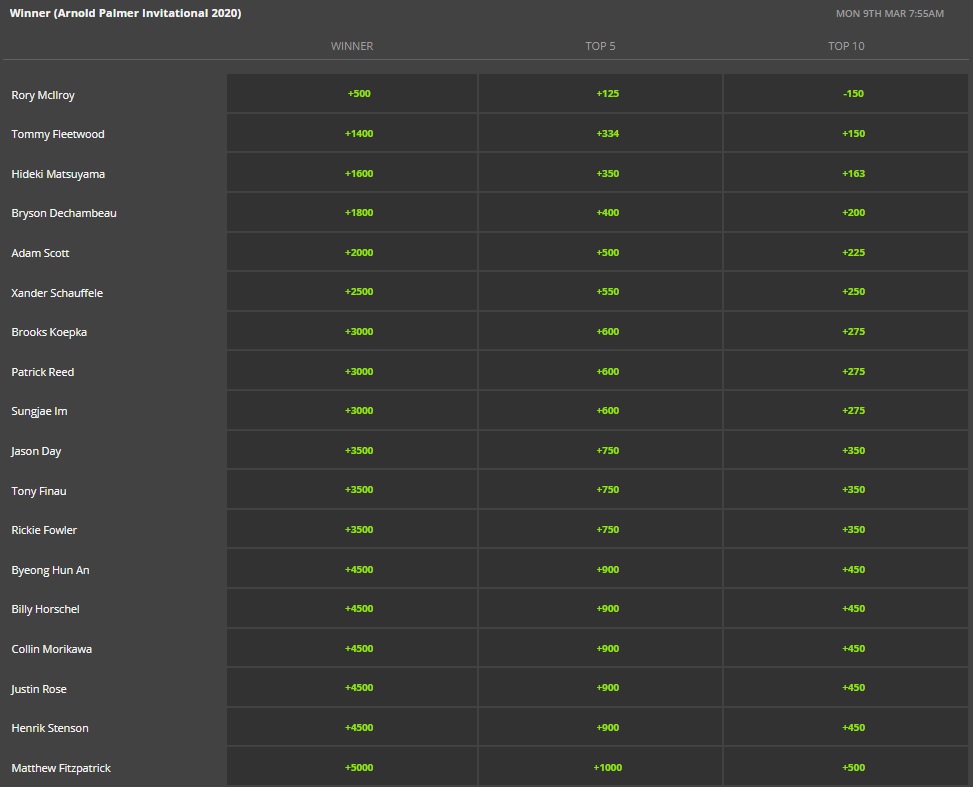 The Bay Hill Club & Lodge is a Par 72 that stands at a just over 7,450 yards. Length is a massive factor at Bay Hill and generally, players who are strong off the tee and with long irons fair well.

The course was designed by Dick Wilson and opened in 1961 and was then re-designed by Arnold Palmer in 2009. The famous statue of Palmer was added in 2016 after the death of the seven time major winner at the age of 87.

Some key stats we’ll be targeting this week are Total Driving, Shots Gained off the Tee, Shots Gained from Tee-to-Green and GIR percentage, particularly with long irons.

How can you possibly look past Rory McIlroy this weekend? The World No.1 ranked player has been on an absolute tear through the yearly parts of the 2020 PGA Tour season, finishing top 5 in all five of his events so far including one win at the WGC-HSBC Champions.

He has a good record at Bay Hill, with one tournament win in 2018 sandwiched by a 4th in 2017 and a 6th last year. He also ranks ridiculously highly in the key stats we are targeting this week.

If you’re hunting a bit more value this week, we like the look of two more players. The first of which is Henrik Stenson. The big Swede hasn’t played a lot of golf recently but has an absolutely stellar record at Bay Hill, finishing in the top 10 in five of the last seven events held there.

His play with the long irons is arguably still the best in the world and that really comes into play at Bay Hill, as it should for Aussie Adam Scott as well. Scott and Stenson are two of the cleanest ball strikers in the world and both should have no problem reaching these greens with long irons.

Scott is also in great touch, having won the Genesis Invitational just a few weeks ago and finished 3rd at Bay Hill back in 2014.

DraftKings have a fantastic promotion for you to take advantage of for the Honda Classic this week! Click HERE to sign up to DraftKings and your first deposit will be matched up to $1,000!