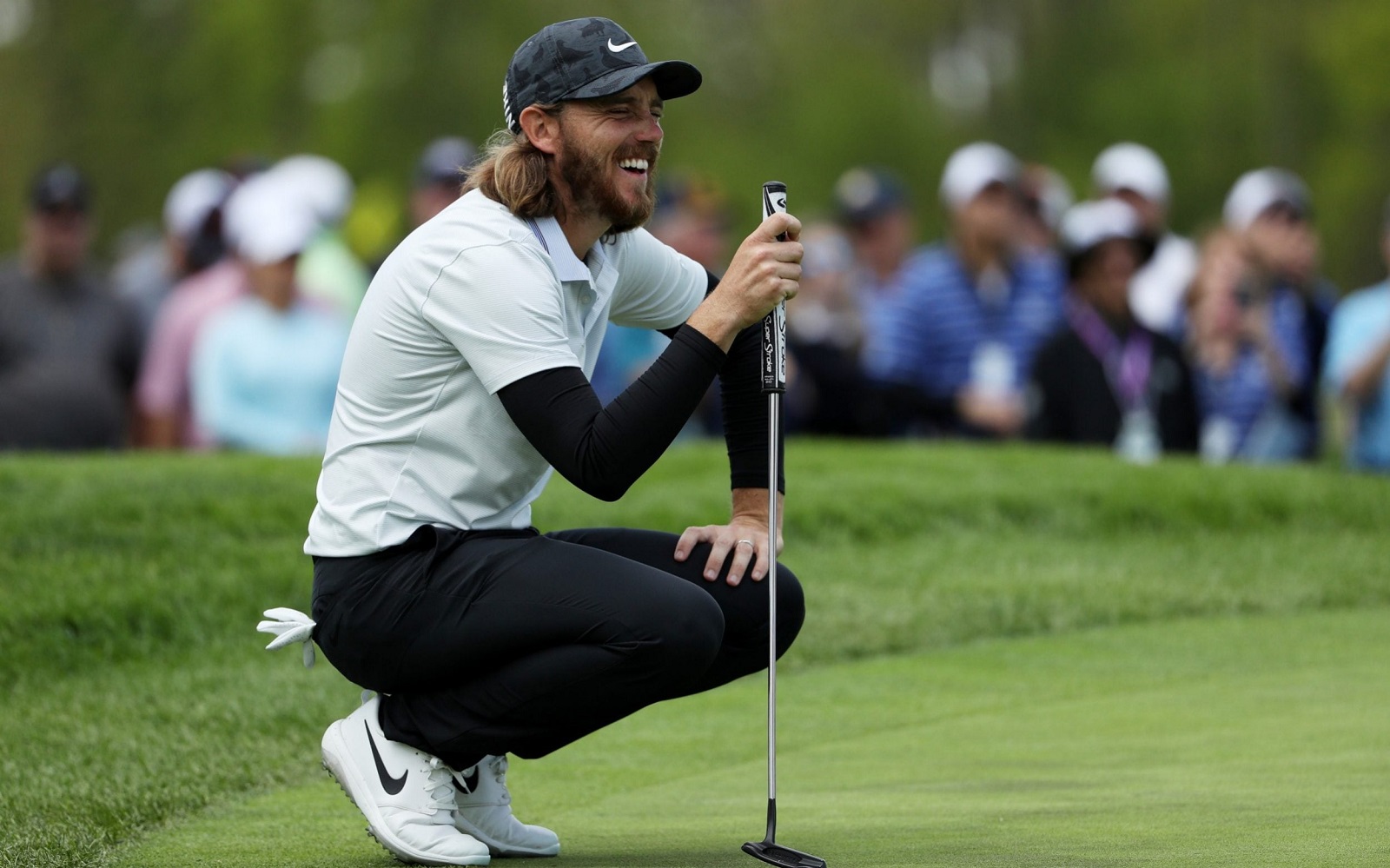 After two weeks in Dublin, the PGA Tour rolls on this week as we head to TPC Twin Cities in Blaine, Minnesota for the annual 3M Open! This week will be the final respite before a three month long smorgasbord of massive golf tournaments kicks off, so strap in folks!

See our full preview, power rankings and betting picks for the 3M Open below.

This week’s marks the final event before a monster few months of golf action gets underway. Following the 3M Open, we head straight into a stretch that sees the WGC St.Jude, the PGA Championship, the FedExCup playoffs and the U.S Open all played within the span of two months.

Because of this, many of the top players in the world have opted not to play in the 3M Open this week, resulting in a pretty light field, especially compared to the packed fields we have been treated to since the season resumed.

Just two of the top 10 players in the world will line-up this week in Dustin Johnson and Brooks Koepka. Johnson is just a few weeks removed from winning the Travelers Championship, and will be keen to bounce back from a missed cut at the Memorial last week. Koepka also had a disappointing result last week, and has really struggled to find any sort of form since the PGA Tour resumed, if he is to defend his PGA Championship title at TPC Harding Park in a few weeks’ time, finding something at the 3M Open is an absolute must.

The headline field notes, in my opinion, are the return of one star and the continued hold out of another. The world No.12 Tommy Fleetwood finally makes his return to the PGA Tour this week after missing the first six events since the season resumed. That leaves Australian Adam Scott as the only player left in the world top 30 who is yet to return.

The other notable names in the field this week include Tony Finay, Paul Casey, Bubba Watson, Harris English and the defending champion Matthew Wolff, who will be hunting his second PGA Tour title this week. 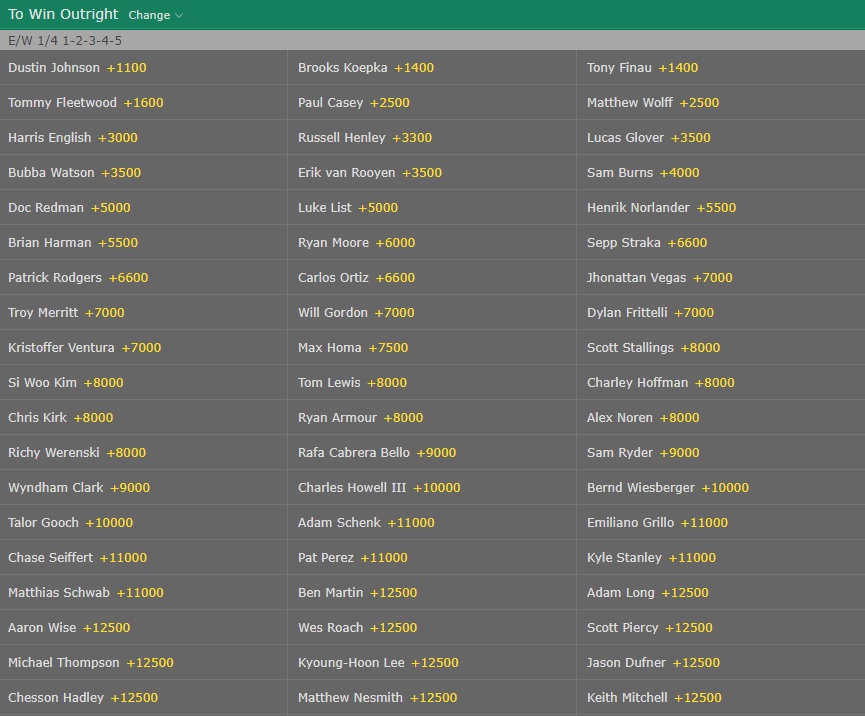 TPC Twin Cities has long been a stop on the PGA Tour Champions as the home of the 3M Championship. However, in 2019, the event was upgraded to the 3M Open in a seven year deal, bringing the best golfing talent in the world to Minnesota. Legend Tom Lehman was brought in to make the course more playable for PGA Tour professionals, but the winning score in the inaugural tournament was still 21 under par.

Lehman and organisers will no doubt continue to make improvements to the Twin Cities defences this season, regardless, the thing that matters most here is going low. Scoring is paramount at this course and I expect the winning score to be somewhere in the high teens under par.

The reachable Par 5 18th will once again provide many highlights this season, after Wolff drained a monster eagle putt to snatch victory from Bryson DeChambeau and Colin Morikawa on the 72nd hole last season.

There are still some question marks over DJ’s game at the moment after a missed cut at the Memorial on the weekend but in an extremely light field, it’s hard not to have him in the No.1 spot. He is just a few weeks removed from a win at the Travelers Championship I think there is no doubt he is on a mission to jump into the top 10 in the FedEx Cup standings this week. Currently sits in 25th place as one of the lowest ranked players with a win this season but can get as high as 8th with a win this weekend.

Another player who is desperate for FedEx Cup points with just a few weeks to go before the playoffs kick off is Tony Finau. We had Finau in our top five for the Memorial last weekend and he didn’t disappoint, leading the tournament after 36 holes and going on to finish 8th overall. If going low is the main aim at Twin Cities, then Finau will no doubt be right in the mix as one of the premier pure scorers in golf.

Tough not to have the defending champion on the board here. Wolff made Twin Cities look easy last season and brings some decent form into the tournament this year, coming off a T22 at the Memorial and a 2nd place at the Rocket Mortgage Insurance a few weeks ago.

Watson is a bit of a left field pick here, but really like the look of the lefty after he has shown glimpses of brilliance in the lead up to this tournament. He has missed the cut in three of the six events since the PGA Tour resumed, but looked a little like Bubba of old when he shot 68 on Friday at the Memorial. Like Finau, is a dominant scorer on easier courses and should be able to go low at Twin Cities.

Not sure if Fleetwood has what it takes to win in his first tournament back, but we think he should be around the mark given his ultra-consistency. Made the top 25 in four of six official PGA Tour events before the season was put on hold and makes his long awaited return this week. Desperately needs to jump up into the next bracket of the FedEx Cup standings to ensure he gets to play at least two of the playoff events.

Tommy’s consistency is really enticing here and I’m going to go with him to finish in the top 10 as my best bet despite not having seen him play in a while. There is four big names in this tournament in Koepka, Finau, Johnson and Fleetwood and of the four, he is the best value. The difficulty of the course should be a nice re-introduction to the PGA Tour, and he should be able to score quite freely.

Sam Ryder (+9000) – Was impressive at the Workday Charity Open a few weeks ago with a T7 finish after two straight missed cuts. Had the week off last week and should be fired up to put in another strong performance in a weak field. Finished T34 at Twin Cities last season.

Derek Ernst (+15000) – Ernst has played the majority of his season on the Korn-Ferry Tour and after a rough start to the season has been playing some high quality golf of late. Finished T10, T12 and T5 in his last three events and shot just one round over par in those 12 rounds.

Sahith Theegala (+30000) – Was voted by three separate organisations as the best collegiate player in the United States in 2020 and although his senior year was cut short by the COVID-19 pandemic, still racked up a dominant season of performances with two titles and a bunch of top 10 finishes.