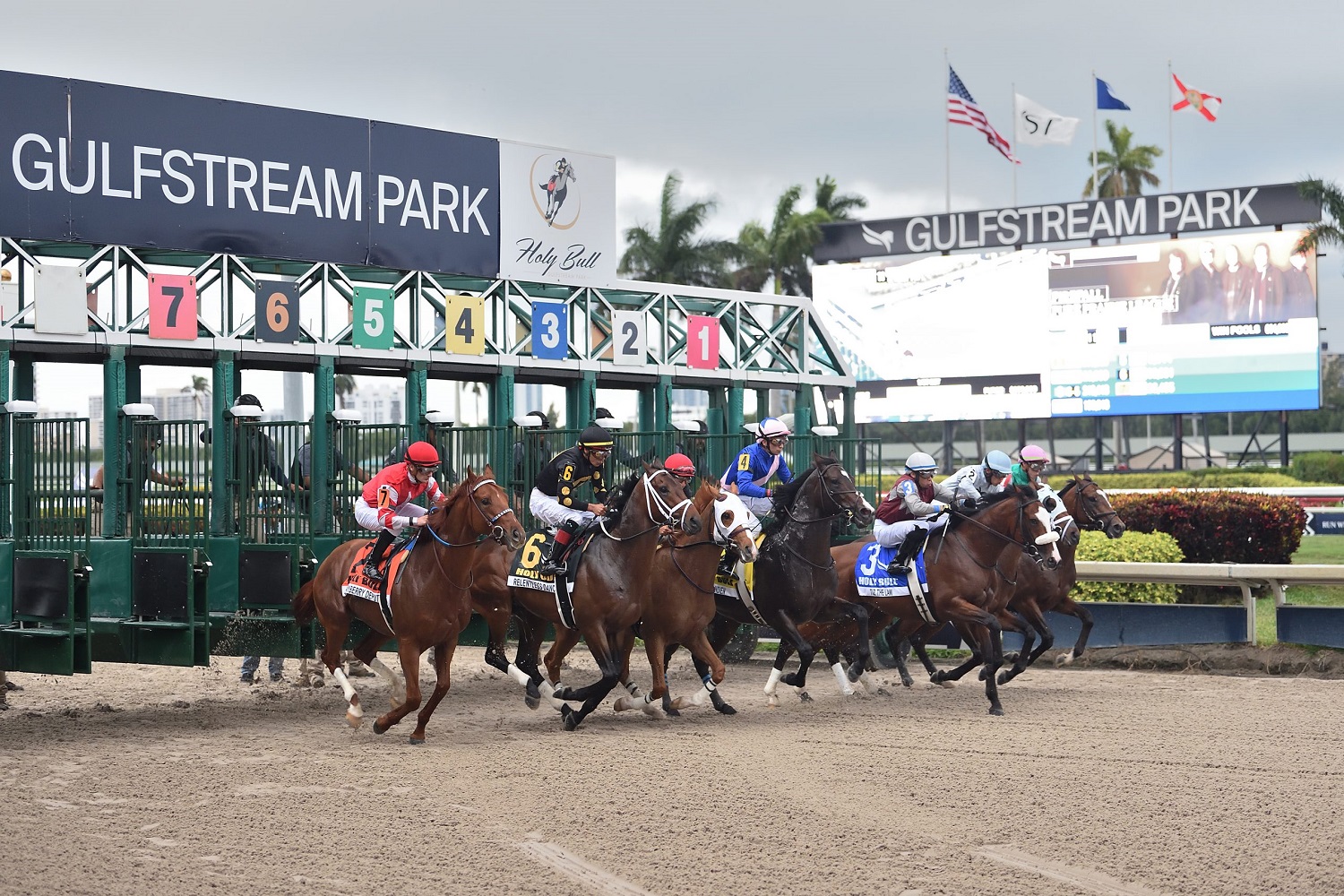 Who will win the Fountain of Youth and be in the 2020 Kentucky Derby?

Lore has it that those who indulge in the waters of the Fountain of Youth can remain young forever.  Greek historian Herodotus to Alexander the Great to King Prester John to Juan Ponce de Leon searched for the elusive, magical waters.

As the tale goes, Ponce de Leon believed what is now Florida was the home of the reviving and healing H2O. A half millennium later, the Fountain of Youth can be found at Gulfstream Park in late February. It’s a Kentucky Derby qualifying race named for enchanting waters sought by so many pursuing eternal youth.

The race has been run at the south Florida track since 1945 and consecutively since 1949. Since moving to a qualifying system in 2013, the Fountain of Youth Stakes awards 50 Kentucky Derby points to the winner, 20 for second, third receives 10 and five for hitting the finish line fourth.

Fifty-points will be more than enough for Fountain of Youth champ to Run for the Roses at Churchill Downs on May 2, 2020. Since switching to the new system seven years ago, every horse that scored at least 38 points qualified.

A handful of those who wore the Fountain of Youth crown went on to don the Derby jewels as well.

Twelve horses hope to add their name to the legacy of winning the Fountain of Youth and Kentucky Derby double. The dozen will race 1 1/16 miles in Gulfstream’s main track. Inside horses should have an early advantage as they’ll be turning left almost immediately after the gates open.

There have been 25 races at today’s distance with the number one horse winning eight of them and the inside three winning more than the rest of the posts combined. Early speed rules because of the unusual starting position with the average winner running second after the first quarter mile and first after a half mile.

CANDY TYCOON gets to wear the red number 1 and has early speed. Jockey Manuel Franco is likely to take him to the lead without much urging. He has raced twice at Gulfstream, finishing first in his last race, which was at 1 1/16 mile, and second in the other at 1 mile. Despite having the big edge of the inside post and the right running style, oddsmaker Jay Stone lists the Todd Pletcher trainee at morning line odds of 15-1.

Instead, Stone see DENNIS’ MOMENT (PP: 5 ML 2-1) as the horse to beat. He was the favorite in the Grade I, Breeder’s Cup Juvenile in November. Unfortunately, his race was over right as it started. DENNIS’ MOMENT went straight to his knees when the gate open. It was next to amazing the horse didn’t tumble over. Trainer Dale Romans let the horse rest and heal since that unfortunate day.

It wasn’t DENNIS’ MOMENT’s first mishap. He clipped heels and threw his jockey on his debut. He made E-Z work of the competition in the two races in between. He broke his maiden in a laugher demolishing a field of 12 by 19. He followed up the demolition with another easy W, cruising home in the final 1/16 mile. He’ll be tough to beat if he avoids early trouble.

CHANCE IT’s (ML 7/2) Gulfstream record makes him a must have on your ticket. He has four wins and two seconds in six Gulfstream efforts. He finished second by a head bob three races ago: otherwise, he’d be on a five-race win streak. He won his lone race at today’s distance, running away from the pack by 7 ¼ lengths. He’ll have to overcome being the widest horse, breaking from the 12 post, but we feel he has the talent to overcome the obstacle.

It’s our expectation that either DENNIS’ MOMENT or CHANCE IT will wear the Fountain of Youth crown and lock in their spot in the 2020 Kentucky Derby.

We’ll look to use the duo in a backdoor exacta in case one or the other runs into trouble and doesn’t cash first or second place money. Considering the huge edge the rail horse enjoys, we’ll add CANDY TYCOON.

We’ll also include AS SEEN ON TV (PP: 6 ML 9/2). He’s raced four times, alternating between first and second place finishes. He ran second last time, therefore… He’s gotten better race after race. In his last effort, he was a head away from beating CHANCE IT.

Finally, we’ll add number 11, ETE INDIEN (ML 8-1). He finished behind TIZ THE LAW in the Grade III, Holy Bull Stakes in his last race. TIZ THE LAW is currently considered one of the favorites to win the Derby.

Good luck with your tickets and good luck at the races.