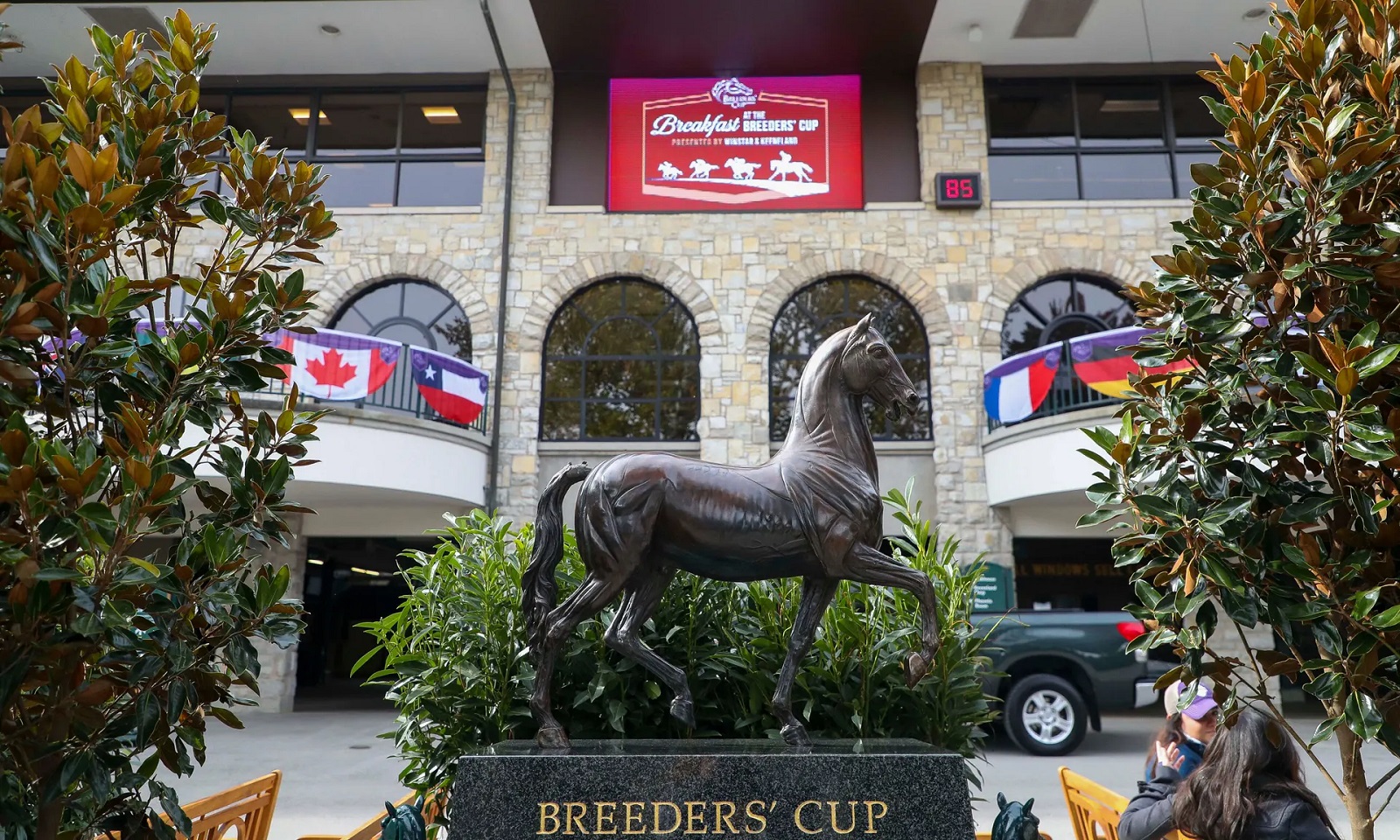 Horse racing, in many ways, marks the beginning and end of seasons. The Kentucky Derby and its usual date of the first Saturday of May separates the end of the rainy spring and the start of the sunny warmth of summer.

The Breeders’ Cup is the last big hurrah before the leaves are off the trees, long days turn into early nights and the embrace of late fall submits to winter’s cold. It’s sort of like horse racing’s Fat Tuesday, the last chance to indulge before the calendar slows.

Saturday’s Breeders’ Cup card reflects the Fat Tuesday attitude, a dozen stakes races starting with the $125,000 Perryville Stakes and ending with the $6 million Breeders’ Cup Classic. After the Classic champ is crowned, horse racing goes into semi-hibernation with the number of tracks running and stakes races shrinking until the season of a new year begins with the Sunshine Millions and Pegasus World Cup at Gulfstream Park. It’s a long way between seasons, so let’s make the most of the Breeders’ Cup before we move into holiday season mode.

Saturday’s Breeders’ Cup card is stacked with races that offer horseplayers value. We’ve pinpointed a trifecta of races with soft favorites, competitive deep fields and the opportunity to score some big tickets.

A field of 14 will run 5 ½ furlongs on Keeneland’s turf course for their piece of $1 million. Only six races were run at the distance and surface during Keeneland’s October meet. Normally, that’s not enough data to identify reliable trends; however, five of the six winners were speed types with three winning from gate to wire.

IMPRIMIS (PP: 3 ML 4-1) isn’t a speed horse, but he is a horse that loves the distance. The six-year-old has raced 5 ½ furlongs on turf four times in the last two-years, three wins and a third. He put his best speed figure ever at the distance and it’s the highest recorded 5 ½ number for this crew, meaning he has the most upside. Along with the distance, he also likes the track with a win and third in two starts.

LEINSTER (PP: 7 ML 4-1) is another horse for the course. He has three wins and a second in four starts at Keeneland. He won his last race under at the same track, distance and surface. It was his first race since July and one of his best. He tied for the top, last race speed figure and his history says he’ll be better in race two off the bench.

BIG RUNNUER (PP: 1 ML 12-1) should be on/near the lead out of the chute. He’s won his last three races and the last two going wire to wire. We would like him more, but the rail has failed to win any of the six races at the distance. However, winning at the distance is nothing new for BIG RUNNUER. Five of his seven starts have been at 5 ½ furlongs on grass, four wins and a third.

OLEKSANDRA (PP: 8 ML 12-1) has 15 races on her resume. She’s finished in the money 13 times with seven wins, three seconds and thirds. One of the seven wins was her lone start at Keeneland, which was at 5 ½ furlongs on grass. It was also her career high speed figure. She’s really consistent and should be coming hard late as she has some of the best, late pace speed figures.

CLICK HERE TO BET ON THE TURF SPRINT AT TVG.COM

How can you not cover a race with a name like this?

Like the name says, it’s 1 mile on the main track. We have a dozen competing for the $1 million in prizemoney. In a limited set of races, five of 10 winners wired the field, four of the other five to visit the winners’ circle were stalkers/closers.

ART COLLECTOR (PP: 1 ML 6-1) will have to overcome the rail, which has not won in the 10 starts at the distance. He’s essentially been boom or bust. He has five wins and a second in 10 starts. The second was on turf. He’s raced on dirt seven times with four wins and nada. He finished a well beaten fourth in the Preakness in his last effort and his first race after a two-month rest. He could be much better in his second start off the break.

OWENDALE (PP: 12 ML 8-1) finished second as the chalk in his last start for trainer Brad Cox, who has been strong at Keeneland. Cox won at 38% during the October meet and pops at 31% the next time out with a beaten favorite. OWENDALE should give the trainer his best in the classic third start after a layoff, a 28% angle for Cox.

KNICKS GO (PP: 5 ML 7/2) hadn’t raced since late February and then came back to the track flying. He won by 10 lengths in a laugher at Keeneland posting the highest, last race speed figure. Cox trains this one too and the trainer hits second starts after a layoff at 27% and follows a win with another at 28%. If KNICKS GO can repeat his last outing, he’ll add to those percentages.

COMPLEXITY (PP: 10 ML 2-1) is another all or nothing type. He has five wins in eight races on a fast track, nothing else. Meanwhile he’s been nothing but all at the distance. He’s run 1 mile three times, winning all of them. He’s not tried the Keeneland course yet and the Lexington, Kentucky track can be tricky. That being said, trainer Chad Brown is good at placing his horses, winning at 29% with shippers.

CLICK HERE TO BET ON THE BIG ASS FANS DIRT MILE AT TVG.COM

Let’s wrap it up with the headline act.

Oh boy are we looking forward to this one. The 2020 Classic field is one of the best we can remember. Seven of the 10 entrants are Grade I Stakes winners, including this year’s Belmont Stakes and Kentucky Derby champs.

TIZ THE LAW (PP: 2 ML 3-1) lost his last race, the Kentucky Derby, coming in second as the $0.70 favorite. It was the only race in seven, fast dirt starts that he did not win. He hasn’t raced since but has been training well and should return to work sharp. He’s won five of six starts after a layoff and trainer Barclay Tagg scores at 27% with beaten favorites.

TOM’S D’ETAT (PP: 4 ML 6-1) was the even-money favorite in the Grade I Whitney Stakes at Saratoga on August 1st. His race was over almost as soon as it started as he fell to his front knees. He still managed to finish third. Prior to his stumbling start, the seven-year-old won four in a row and five of six. He hasn’t raced since, but that should be OK as he runs well fresh. He’s won his last four races after a layoff.

IMPROBABLE (PP: 8 ML 5/2) is in a groove, finding the winners’ circle in his last three outings. After struggling in the second half of 2019, trainer Bob Baffert has his horse back on track. He just won the Grade I Awesome Again stakes at Santa Anita and has put in two bullet workouts since. The fast workouts suggest he’s still at the top of his game and will be formidable again.

AUTHENTIC (PP: 9 ML 6-1) gets no love. The Kentucky Derby winner missed following it up with a Preakness crown by a neck. He topped TIZ THE LAW in the Kentucky Derby with one of the faster Derby times and just missed in the Preakness with another fast time. He should be at near/peak form in his third start off the bench. He tied for the highest, last race number on the speed gun. Any improvement in round three would make him tough to beat.

CLICK HERE TO BET ON THE BREEDERS CUP CLASSIC AT TVG.COM