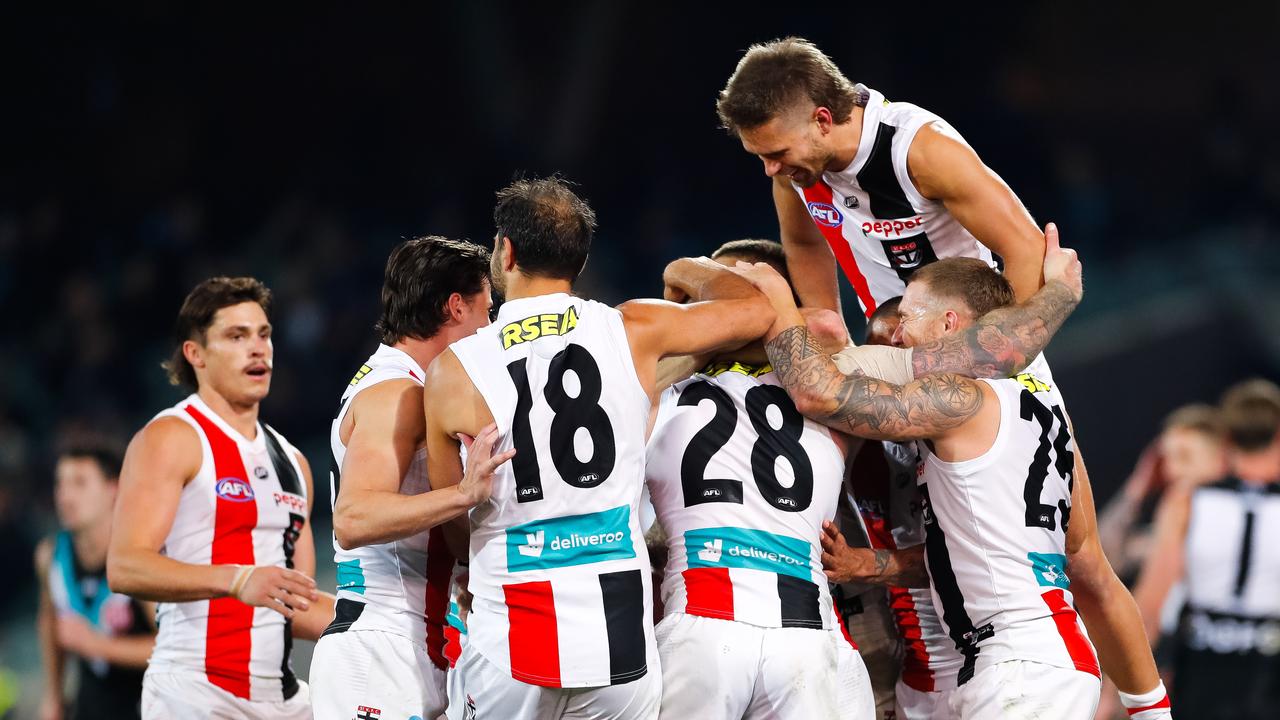 The Australian Football League (AFL) kicks off a day earlier this week for Round 9, which will be the start of 20 consecutive days of action. Check out our best plays for the upcoming round below, which runs from Wednesday morning through to Sunday morning (ET).

The Bulldogs played their part in a thrilling match against the Suns in Round 8 and were able to come away with the chocolates. Jack Macrae was fantastic again in the midfield to lead his side to their fifth win over the season and propel them into sixth spot on the ladder.

Despite a gallant effort by the undermanned Tigers last weekend, the Giants class was too just too prominent in the end. The Tigers will again be without a bunch of their usual best 22 but will likely welcome back skipper Trent Cotchin to the mix who has recently recovered from a hamstring strain.

In the weird and whacky season that it is, wins are at an all-time premium. There’s a real logjam in the middle of the ladder but we believe the Bulldogs can break clear of the pack with a win on Wednesday morning. The Bulldogs are 5-1 in their last six against the Tigers and they’ve covered the spread on all six occasions. We see that trend continuing here.

The Demons put their best foot forward against the Lions last weekend but just couldn’t quite get over the final hurdle. It was their first chance this season to go above .500 but the Demons (3-4) will need to wait a while longer. They come into this in 13th spot on the ladder with a game in hand.

Port Adelaide suffered their second loss of the season in Round 8 despite going in as the red hot favorites. The Power were thoroughly outplayed in the final term and ended up going down by 29 points despite a fantastic showing from Darcy Byrne-Jones in defense. They move to 6-2 on the season and remain on top of the ladder.

The Power would’ve been the overwhelming favorites here if it weren’t for their loss to the Saints this weekend, so we feel there’s been a bit of an overcorrection by the bookies. Port Adelaide have won 5/6 of their matches by 17+ points this season, making the spread an easy cover for them here.

The Blues were rare favorites against North Melbourne last weekend and were able to do the label justice with a seven point win. Sam Walsh has put criticism behind him and is enjoying a stellar second campaign, while Jacob Weitering is becoming a colossus in defense. The Blues are now 4-4 on the season and are knocking on the door of the top eight.

Hawthorn were no match for an average Swans outfit last weekend, meaning their season just continues to go from bad to worse. The old Hawks just don’t have the kicking skills that a Clarkson-coached team needs and it doesn’t seem like they have a plan B at the moment. They’re now 3-5 for the season and are in desperate need of a win.

We just keep waiting for the Hawks to click back into gear but we’re starting to think it’s just not going to happen. On the other hand, the Blues are firing and look as hungry for wins as we’ve seen over the last five years. They don’t quite have the capacity to blow teams out of the water, but they should be winning this game without too many problems.

Essendon were able to get over the line against the Crows in what was probably the least skilful match I’ve seen all year. The Bombers couldn’t hit a target all day but the Crows were just that little bit worse, so the Bombers got the four points. Amazingly, they move to 5-2 on the season.

Brisbane also just got over the line in their Round 8 match against the Demons, which was always going to be a tricky fixture. The Lions move to 6-2 on the season and equal top on the ladder with Port Adelaide. Lachie Neale was the star of the show again and is shortening in the Brownlow Medal market week after week.

The Bombers 5-2 record really isn’t a true representation of how they’ve been playing of late. Their injury list continues to grow and their lack of depth was apparent last weekend. We see this as a relatively straightforward win for a Lions side that has been performing well in recent weeks.

North Melbourne started the season like a house on fire with two wins from two games; however, since then it’s all been downhill and they’ve spiralled out of finals contention. Six losses on the spin sees them sitting second last on the ladder and in a position they likely won’t rise too far from.

Adelaide had another chance to pinch a win last weekend when they hosted the Bombers in front of their home crowd, but just weren’t able to land that final blow. The Crows are still without a win this season and there’s only nine games to go in this shortened campaign.

This is just about the best chance the Crows will get at a win all season and we still don’t see them getting over the line. The Kangaroos were OK against the Blues last weekend and that form line stacks up good enough for a win here. We’re happy to be on them to cover the small spread.

St Kilda were the best performing team of the round last weekend when they knocked off the top-of-the-table Power on their own deck. It was a fantastic four quarter performance from the rising Saints who now have five wins next to their name this season, which is good enough for fourth spot on the ladder.

Likewise, the Swans were victors in their Round 8 clash against the Hawks in a game they probably should’ve won by more. Tom Papley was sensational again with four goals including a Goal of the Year contender, while Jake Lloyd collected over 30 disposals across half back. The Swans are now 3-5 and in 14th spot on the ladder.

Although Sydney were winners last weekend, they face a much tougher task this time out against the in-form Saints who will be full of confidence. The bookies have given the Saints the respect they deserve by labelling them 15.5 favorites, but we still think they cover that this weekend.

Just a couple of weeks ago everyone had written off the Eagles as contenders this year when they sat at 1-3 and had lost a couple of games to poor sides. Fast forward a month, however, and they’re now the Premiership favorites. Their performance against a fellow contender in the Magpies last weekend was the most dominant of any side this season and is sure to have opposition quaking in their boots.

Geelong found themselves in a bit of a danger game against a young Dockers outfit on Monday morning, but they were able to negotiate the win in some of the worst conditions you’ll see all year. It certainly wasn’t pretty but the Cats now move to 5-3 and sit in third spot on the ladder.

The Cats may currently hold a higher position on the ladder than the Eagles, but there’s just no way they win this game. The Eagles are the form team of the competition and are notoriously hard to beat at Optus Stadium. We have them putting in another dominant performance here to cover the spread.

Gold Coast fired their best shot against the in-form Bulldogs in the Round 8 opener but camp up five points short. Star rookie Izak Rankine had a couple of chances to steal the win late but perhaps the moment just got to the young gun. The Suns have now lost three of their past four matches and have slipped out of the top eight.

GWS found themselves in a must-win game against the Tigers last weekend and were able to rise to the occasion. Their opponents were certainly underdone but the Giants weren’t in great form leading up to the game, making the win a very good and important one. They’ve now evened their ledger at 4-4 and can go above .500 with a win here.

The Suns have exceeded everyone’s expectations this season and looked a threat to feature in the finals early on; however, a few injuries and close losses here and there have derailed their hopes somewhat. On the other hand, we all expect the Giants to be competing at the business end of the season, which makes this another absolute must-win. We see them getting the job done in a competitive match.

The Dockers kicked a goal late in the game against the Cats which saw them avoid their lowest total score in club history. They managed just 2.4.16 for the match in torrential conditions in one of the worst games you’ll see all year. The Dockers have now slipped to 16th on the ladder with two wins from eight matches.

The Magpies were expected to give the Eagles a real shake in their heavyweight battle last weekend, but that certainly didn’t transpire. They were absolutely smashed in all facets of the game after half time and ended up going down by a staggering 65 points. That loss has seen the Magpies fall to eighth spot on the ladder with a 4-1-3 record.

Fremantle will be sweating on the fitness of superstar duo Michael Walter and Nat Fyfe who are clearly their top two players. Both are under injury clouds and are vital to them being competitive in this fixture. That said, Collingwood will be desperate to make amends for a very disappointing loss last weekend and will be too strong in this matchup if they’re at their best. The Magpies to cover the spread looks like the best and safest play here.