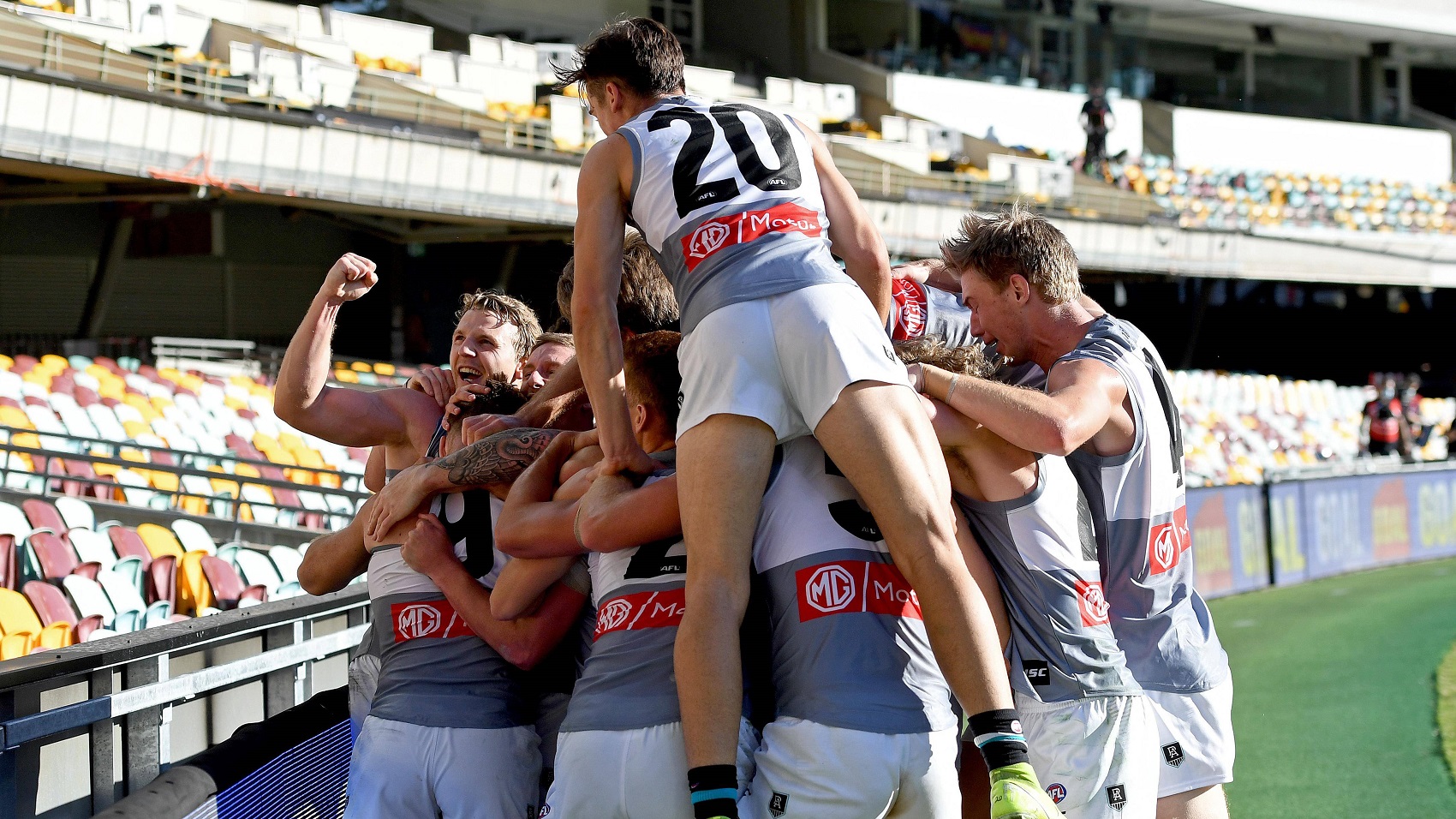 The Australian Football League (AFL) continues this weekend with Round 8. This will be the last ‘normal’ round for some time with typical timeslots, so let’s enjoy some structure while we can! We preview all Round 8 fixtures below and wish you all the best of luck if following!

Gold Coast showed everyone they’re not going to fall away just because #1 pick sensation Matt Rowell is out for the season. The Suns were big winners over the Swans in Round 7 and look to have another young superstar on the rise in former #3 pick Izak Rankine.

Western Bulldogs also showed they can bounce back from a big loss when they put the Bombers to the sword last weekend. They had stars all over the ground and were the very deserving winners. The Bulldogs now have four wins from their past five games and sit just outside the top eight.

Both clubs play an exciting brand of football, meaning this clash should be very easy on the eye. If the Suns bring some of their best form here then they could challenge for the win, but the Dogs are certainly the deserving favorites and should be covering the small spread here.

The Giants were smashed in the inside 50 count again last weekend (56-34) by the Lions and suffered their second straight game to a top four team. The Giants are now 3-4 on the season and need to get going ASAP if they’re to challenge at the business end of the competition.

The Tigers are having an eerily similar season to their premiership run last year and their recent results have seen their premiership odds slashed in the betting market. They were far too good for North last weekend, showing that their depth will always give them a chance to win games.

Richmond face a much tougher opponent this weekend and you can expect GWS to give it their all after a couple of lacklustre performances. That said, the Tigers match up extremely well against Leon Cameron’s Giants and we believe they’re a big chance to secure the win even with a few of their stars out.

North Melbourne’s season is quickly derailing now that they’ve lost five matches on the spin. Losing games is always going to lead to plenty of speculation and the rumors that the club is shopping star forward Ben Brown is something they’re going to have to deal with.

The Blues looked like they were going to take a huge scalp when they led the Power deep into the fourth quarter of their Round 7 clash; however, it wasn’t to be and they now slip to 3-4 on the season.

Although they lost last weekend, there was still a lot to like about the Blues and how they played, which is something that can’t be said about the Kangaroos. As long as they continue to perform like they have in recent weeks, then Carlton will be on their way to a big win here.

The Swans were competitive in a couple of their early games to secure two wins, but it’s now crystal clear they won’t be featuring in the finals this season. They’re in rebuild mode and will likely finish this campaign in the bottom four, earning themselves another top-end talent in the draft.

Hawthorn were dismal against Melbourne last weekend and have now suffered three straight defeats by 30+ points. They got absolutely smashed in the midfield last weekend, particularly in the ruck and that had them on the back foot from the start, which meant they’re now 14th on the ladder with three wins to their name.

Neither of these clubs can boast winning form coming into this clash, so it may very well come down to who wants it more. You can expect the two premiership coaches in Clarkson and Longmire to employ a defense first gameplan to keep themselves in with a chance, so we really like the unders here. Don’t be surprised if the total points fails to reach 100.

Port Adelaide have Robbie Gray and his heroics to thank for their thrilling win over the Blues last weekend. Gray gifted the Power the win with a kick after the siren to lift his side to a 6-1 start, which has them a game + percentage ahead of second place on the ladder.

The Saints needed to bounce back from their disappointing loss against the Dockers when they took on the Crows in the final game of Round 7, and they were able to get the job done. It wasn’t the most convincing of wins you’ll see against a bottom-of-the-ladder club, but a win’s a win and they move to 4-3 on the season.

The Power have been far more consistent than the Saints this year and are the deserving three-goal favorites. That said, the Saints do pose a threat with their counter-attacking style of play, much like the Blues last weekend, so we prefer to play the Power by 1-39 points market.

Adelaide looked a chance in the fourth quarter of their clash against the Saints on Monday, but they just couldn’t win the crucial contests in the middle when they had the momentum. They’re no 0-7 on the season and look destined to finish last.

The Bombers came into their clash against the Bulldogs in fantastic form, but you wouldn’t have known that with the way they played. They were thoroughly beaten from start to finish and are now 4-2 on the season and have slipped out of the top eight.

The Crows are still yet to get with three goals of their opposition in any of their seven games thus far and that very well may continue when they take on the Bombers. The Bombers need to bounce back from their big loss last weekend and we’re keen to be on them in the 1-39 range.

The Eagles have responded to some criticism earlier in the season and now find themselves on a three game winning streak. The opponents they’ve knocked over along the way haven’t exactly been contenders, but getting wins on the board is all that matters in this strange season.

Collingwood were one of the premiership fancies heading into the season and they’ve shown why with a strong start through seven games (4-1-2). There have been a couple of hiccups along the way but their form over the past two weeks has been very strong.

This is one of the best games of the round and it should be excellent viewing for the neutral fan. Both teams bring in winning form so it should be a high level match, but we have to lean towards the Magpies here. They’ve proven themselves against top class opponents on a number of occasions this season and are gelling a little bit better in the earlier part of their campaign compared to the Eagles. We believe they should be the slight favorites in this matchup, so the current odds available are fantastic.

Melbourne have returned to form over the past couple of rounds with strong wins over the Suns and the Hawks. They were particularly impressive when they smashed the Hawks in Round 7, led by a Max Gawn and Christian Petracca masterclass.

The Lions were also very impressive in their win over the Giants last weekend, reminding us all that they’ll be a huge contender at the business end of the season. Brisbane come into this weekend in second place at 5-2 and are about to be gifted a run of games on their home deck.

Both clubs are in decent form but the Lions just have that little bit more class and experience compared the Demons. Also this is labelled an away game, the Lions will have the home support and we see them as a great bet to cover a small spread.

Fremantle looked good in the opening quarter against West Coast in the Derby, but they never really fired a shot after that. They played a really slow brand of football that left a lot to be desired. The Dockers still have just two wins next to their name this season and most likely will finish bottom four.

The Cats were given a bit of a reality check when they were convincingly beaten by the Magpies last weekend and will need to respond in Round 8. The Cats have shown both good and bad performances in the early part of this season and will need to find greater consistency to ensure they finish top four and get the double chance in finals.

The Dockers have been competitive in a lot of games this season but the Cats should be too good in this one. They have a clear talent advantage over Fremantle and we expect them to be able to negotiate a comfortable win.