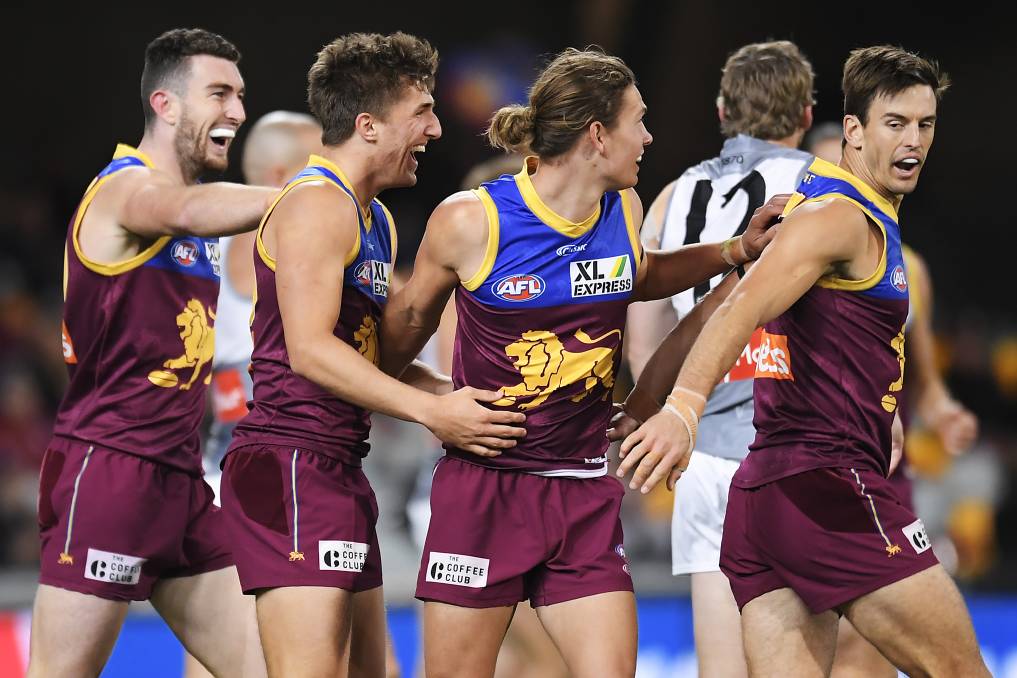 The Australian Football League (AFL) continues this weekend with Round 6. There’s been a big shake up with Covid19 legislations meaning that all 10 Victorian teams have moved interstate for the foreseeable future. It’s unprecedented times in the AFL and it should make for a very intriguing weekend of footy. Check out our best bets for all Round 6 matches below and good luck to everyone following!

The Cats were faced with the task of stopping the red hot Suns last weekend and they didn’t disappoint. They were far too good on their home deck to win by 37 points and move into third on the ladder. Joel Selwood (300 games) and Gary Ablett Jnr (350) celebrated their huge milestones in style.

The Lions were also impressive last weekend when they knocked off the league leaders in the Power. A dominant second term set up the win and moved them to 4-1 on the season after four straight wins at the Gabba.

The Lions have had the sexier wins this season but we feel they might get a wakeup call here. They’ve only played once away from the Gabba this year and lost that comfortably to the Hawks. Add in the fact that the Cats have beaten them 8 of the last 9 times they’ve met and there’s reasonable grounds to back an upset on Thursday.

The Magpies were poor against the Bombers last weekend and now find themselves in a mini rut. They have just two wins to their name this season and have fallen outside the top eight. Making matters worse, Steele Sidebottom and Jordan De Goey are out for an extended period.

The Hawks got a bit of a wakeup call against the Giants in their Round 5 fixture and are now 3-2 on the season. They’ve had a really difficult draw so far so to have more wins than losses is a pretty big achievement.

The Magpies have plenty of off-field drama going on at the moment and you just wonder how they’re going to cope on-field, especially after enduring back to back losses. For this reason, we love the Hawks as the underdog and are keen to back them in the H2H market.

The Dockers were able to negotiate a win against the Crows in the battle of the bottom two last weekend and now move to 1-4 on the season. That match certainly wasn’t a sight for saw eyes and wouldn’t fill Freo supporters with a tone of hope.

In contrast, the Saints were excellent against the Blues last weekend, particularly in the first half. They’ve now put together a 3-2 record to start the season and have faced a couple of the big dogs in Collingwood and Richmond.

The Saints are going to win this – it’s just a matter of by how much. We love them to cover the generous spread here and will look at sprinkling some capital on 30+ and 40+ markets as well.

The Eagles returned to some of their best form against the Swans last weekend and have a brilliant opportunity to go on with it when they face the winless Crows on Saturday morning. The Eagles are now 2-3 on the season and look primed to go on a big run.

The Crows lost their battle against a fellow winless club in the Dockers last weekend and are now glued to the bottom of the ladder with a 0-5 record and the worst percentage in the competition. There’s little to like about the Crows at the moment and their young guys haven’t exactly showed a whole lot of potential either.

This is likely going to be the most one-sided match in Round 6. The Eagles looked back to their best last weekend and if they can bring something close to that level of performance, then this is an easy 50+ point win on neutral territory.

The Demons were predicted by many to be the big improvers this season and regain some of the form they showed in their deep run in 2018. It certainly hasn’t gone to plan however and their 1-4 start has alarm bells ringing. One positive has been the play of former #2 pick Christian Petracca who has been a revelation in the midfield this season.

The Suns were dealt a very heavy blow when superstar 18 year old Matt Rowell went down with a shoulder injury in the opening stages of their match in Geelong last weekend. It’s an injury that the entire footy world is saddened by, such is the promise he’s shown in his opening four games.

The Suns weren’t able to make it four wins on the spin when they lost to the Cats last weekend, but they did show that they’re still competitive without Rowell. We expect them to show a lot of ticker again this weekend and deal the lowly Demons another big blow.

The Bombers were too good for the Magpies is a surprise win last weekend and now improve to 3-1 on the season, joining six other teams with equal points. A one point loss to the Blues is the only blemish on the Dons season thus far but they have had a fairly favorable draw.

North Melbourne started their campaign with two wins on the spin but it has all come crashing down since then. Their loss to the Dogs last weekend made it three defeats in a row in what’s now the second biggest losing run in the competition.

This is an interesting match and a very hard one to predict. The Bombers obviously have the winning form but the Kangaroos simply must bounce back ASAP. We expect this to be a close contest that has an abundance of lead changes throughout.

Port Adelaide were given a reality check when they faced the Lions at the Gabba last weekend. They simply couldn’t handle the pressure around the ball and were thoroughly beaten in all facets of the game. The challenge now is how they can bounce back from their first loss of the season.

The Giants blew the Hawks out of the water early in their encounter last weekend and were able to cruise to the finish line. They’ve now had two impressive wins in a row and have improved to 3-2 on the season. Their midfield was particularly good last time out with Coniglio, Whitfield, Perryman and Kelly all collecting 24+ touches in the shortened quarters.

This is another very tough match to predict and one we believe can go either way. Both teams will be presented with their fair share of opportunities to grab the all-important four points, so we see the Any Other Result in the Wire to Wire market as the best value.

The Tigers got the job done against the Demons in one of their classic performances last week but it came at a big cost. Cotchin, Nankervis, Prestia and Lynch all went down with injury and will likely be unavailable for selection, as will Houli and Edwards who have opted not to travel interstate to the hub.

The Swans were unfortunate to come up against a determined Eagles outfit last weekend that simply had a gear that they do not possess. They were never a chance of victory and have now fallen to 2-3 on the season.

The Tigers a missing a ton of their best 22 for this clash against the Swans but we still fancy them to get the job done. They’re amazing at performing when their backs are against the wall and we expect this to be another example of that.

The Blues were obliterated by the Saints in the first half of their match in Round 5 and although they produced a better showing in the second half, the margin was simply too much. The Blues have two wins next their name this season and have been competitive in most of their losses.

Alarm bells were ringing in Footscray after the Western Bulldogs first two performances this season, but they’ve silenced said bells with their past three matches, which have been brilliant. They now look like one of the form teams of the competition, which is what we expected before the season commenced.

The Blues have shown a lot of heart this season but they still aren’t ready to push for finals in our eyes. On the other hand, the Bulldogs are flying at the minute and as long as they bring something close to their best effort, then they’ll be winning this fairly comfortably.