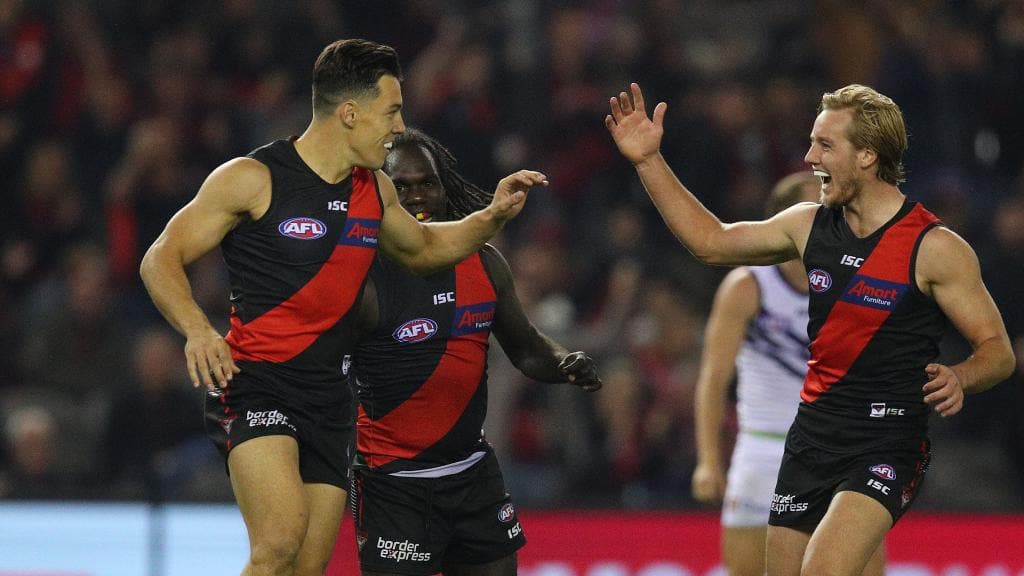 The Australian Football League (AFL) made a successful return from hiatus last weekend in a round that was full of upsets and thrilling finishes. We now shift our focus to the upcoming Round 3 and provide our best picks for all nine games which you can find below.

The Tigers were slow starters against the Magpies in the relaunch of the 2020 AFL season but quickly hit their straps in the second half to force a 36-36 draw at full time.

The Hawks looked like they were putting up a decent fight in their first game back against the Cats, however a second half collapse saw them go down to their old rivals by over 60 points.

Interestingly, despite being long-time rivals, the last 20 meetings between these sides there’s only been one occasion when the result was decided by less than 20 points.

The Tigers have won each of their last four meetings with the Hawks by an average margin of 27 points. We expect something similar again here, especially after the dismal display of the Hawks last weekend.

The Bulldogs were atrocious in their Round 1 loss to the Magpies and were backed in by many to bounce back against the Saints in Round 2; however, they were arguably even worse and the alarm bells are starting to ring pretty loudly as a result.

The Giants were unable to back up their win against the Demons in Round 1 as they fell to the Kangaroos in a shock Round 2 defeat that was also a little cause for concern.

These clubs are tied at six wins apiece in the head to head count since the Giants inception in 2012. In saying that, the Giants have been the dominant team in the past couple of years with wins in four of their past five meetings with the Dogs.

It’s an interesting match we have on our hands between two teams coming off really poor losses in Round 2. For us, the Giants are the more likely to find a quick solution and bounce back with a win to continue their recent dominance in this matchup.

North Melbourne fans would be ecstatic with their club’s start to the season. They’ve posted impressive back to back wins and look to have a whole bunch of young talent starting to make their mark.

The Swans played their part in another nail-biting finish on the weekend but unfortunately were left stranded on the wrong side of the result this time around. They’re now 1-1 on the season with their two games being decided by a combined nine points.

Three of the past five meetings between these clubs have been decided by less than 10 points and the Swans have been victorious in four of those five matches.

Neither club is expected to set the house on fire this season and finals is probably out of reach for both. In saying that, North Melbourne have had two solid wins on the spin and we expect them to tick over the win column again this weekend despite their recent struggles in this matchup.

The Magpies were red-hot in the opening half of their clash with the Tigers in Round 2 but lost momentum and failed to wrestle it back in the second half. They ended up splitting the points with last season’s Premiers which takes them to 1 ½ wins from two games.

The Saints were ultra-impressive in their demolition job of the Bulldogs last weekend and could easily be 2-0 had they not choked in Round 1 against North Melbourne.

These clubs only met once in 2019 and it was the Magpies who won easily by 41 points. The Pies have been the better team for a number of years now and the dominance shows in their recent H2H record in this matchup (7-1-2 in last 10).

The Magpies are the clear favorites here and for good reason, however, the Saints cannot be written off as they always seem to start seasons off well.

Instead of attacking the H2H market we’ll be playing the under in the total points market. The Magpies played their part in a record-breaking low-scoring game last weekend and the Saints have conceded just 105 points from their two games. Alas, this has the makings of a slug fest where goals are at a premium.

The Cats put their old rivals in the Hawks to bed early on Friday in a second half display that was as good as we’ve seen from them in recent years. It was a fantastic way to bounce back from their first up loss to the Giants.

The Blues were slow starters once again in their loss to the Demons in Round 2. They rallied back like they did in Round 1 against the Tigers but it wasn’t enough and they’re now 0-2 on the season.

This has been a nightmare matchup for the Blues for around 10 years now; such has been the contrasts in club success. The only win for Carlton in the last 12 meetings with the Cats came in Round 10, 2016 when they were 19 point victors at Etihad Stadium. The Cats have won four of their past five against the Blues by an averaging margin of 59.5 points.

The Cats have been and still are the much better team in this matchup; however, the Blues have shown some great fight in both of their games this season to lose by an average of 12.5 points. If they bring the same intensity against the cats on Saturday, then we expect them to cover the spread with the shorter quarters helping their cause.

The Lions bounced back from their Round 1 loss to the Hawks with a win over the Dockers, but it certainly wasn’t convincing. They struggled to convert chance after chance late in the fourth and were lucky to come away with the four points.

The Eagles were the absolute red-hot favorites when they travelled to the Gold Coast to take on the Suns in Round 2; however, they were dreadful and the Suns were awesome, which resulted to one of the great upsets in recent years.

The Lions broke an eight game losing against the Eagles when they defeated them in Round 1 last year by a whopping 44 points. Both clubs went onto have great seasons but failed to make it to the Grand Final despite finishing 2nd (Lions) and 5th (Eagles).

Neither of these teams will be high on confidence coming into Round 3, but both have talent littered throughout their line-ups. We’re expecting a lift in intensity for both outfits and for this game to be an absolute cracker with each team having equal opportunities to win.

The Suns were everyone’s second favorite team last weekend when they defeated the Eagles in one of the biggest upsets in recent memory. Matty Rowell (#1 pick 2019 draft) was outrageously good in just his second game and best mate Noah Anderson (#2 pick 2019 draft) also impressed.

The Crows were the laughing stock of the competition last weekend on the back of an embarrassing defeat against the Power in the Showdown. They kicked the first two goals of the match then hit the club rooms for a shower…. well they may as well have anyway as they went onto lose by over 70 points.

The Suns have now been in the competition for 10 seasons and they still haven’t knocked off the Crows (0-13). The average losing margin in their 13 meetings is 60.2 points and the closest they’ve come to victory was a 28 point defeat back in 2013.

History suggests this should be an easy win for the Crows but the history books get thrown out the window after their recent effort against the Power. As long as the Suns produce something close to what they did last weekend, then they’ll be claiming their first ever win over the Crows on Saturday night.

The Bombers seem to have become the experts of closing out tight games now that they’ve won each of their first two of the season by a combined 12 points. They haven’t been at all convincing but getting the four points on the board is all that matters during these strange times.

The Demons flew out of the blocks to kick the first six goals of the game against the Blues last weekend to storm out to a 43 point lead. They took the foot off the gas from then onwards however and were lucky to record a one point win.

The Bombers (2-0) and the Demons (1-1) may have gotten some results from their games this season but neither club has put together a consistent four-quarter performance, making this a really hard one to predict.

What you can expect from this game is plenty of twists and turns and for each team to have their chances to close out the match and secure the four points. The Any Other Result in the Wire to Wire markets looks like a great play here.

The Dockers have been the underdogs in both of their matches this season but have been pretty resilient to not get blown out in either. They had their chances in the fourth quarter against the Lions last weekend and may well have hit the front if it weren’t for a few bizarre umpiring decisions.

The Power have been the most consistent of all clubs in their two games this season outscoring their opponents in 7/8 quarters. They were huge winners against the Crows in the Showdown last weekend and look like a side that’s clearly on the rise in 2020.

These clubs have met on 11 occasions over the past six seasons and the Power have the narrow lead in the H2H count (6-5). Both clubs have had a mixture of good/bad seasons over that stretch so it’s up to you if you want to take anything out of that stat.

Despite the closeness in the H2H in recent years, we’ll be backing in the Power to get the job done comfortably to close our Round 3. You can only beat who’s put in front of you and the Power have done just that by demolishing a pair of average clubs so far. The Dockers should offer up a little bit more of a challenge but we still expect the Power to get it done comfortably.