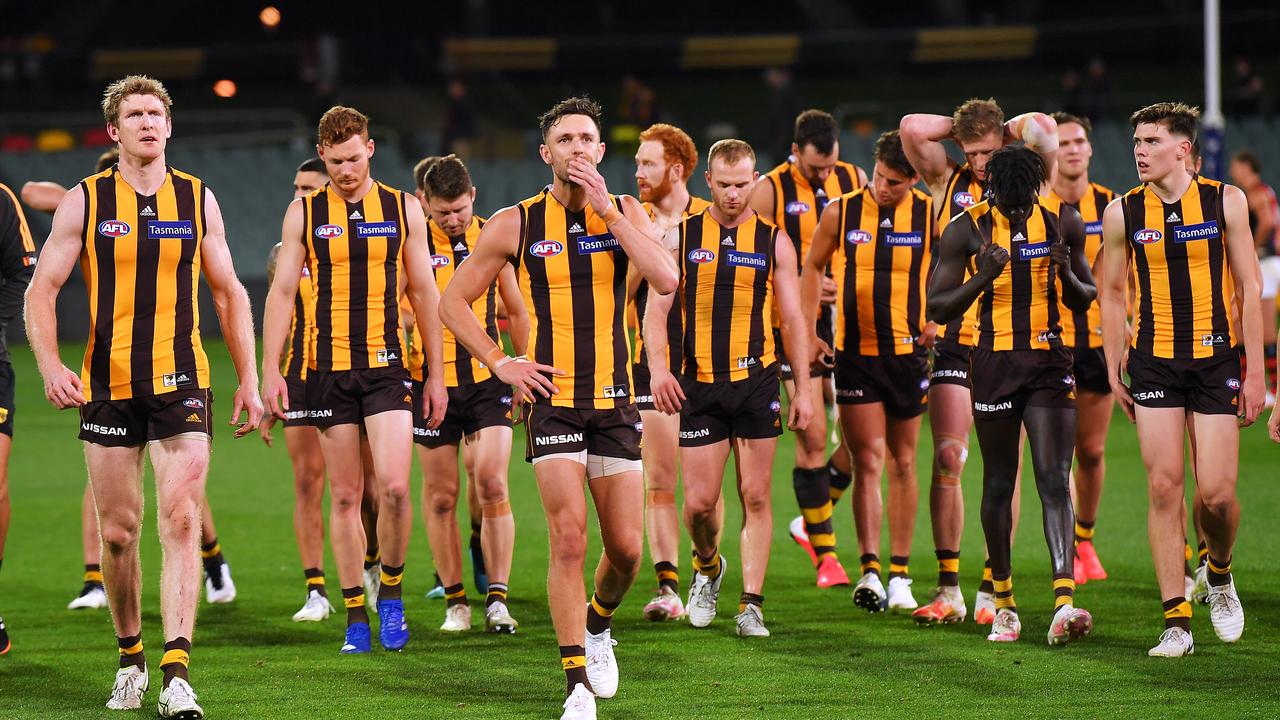 The Australian Football League (AFL) is set for another footy marathon! Round 15 kicks off on Tuesday night with a double-header and finishes on Friday night with Brisbane vs Collingwood. There are six matches set to play out for the round and we have previews and betting picks for all of them below!

Australian bookmaker ‘PointsBet’ have some fantastic offers and odds for the AFL season, sign up using PointsBet promo code ‘FREE100’ to receive the best signup bonus on offer.

Hawthorn came out of the blocks flying against Essendon last weekend, but weren’t able to keep up the intensity after half time. They were thoroughly beaten in the midfield and went on to lose for the eighth time from their last nine games.

Adelaide were one of two clubs to have their bye last weekend, which will hopefully get some run back into the legs of their youngsters. The Crows are still without a win in season 2020 and there’s just four rounds remaining.

This is the best chance the Crows are going to get to secure a win for the remainder of the season. The Hawks have been really poor over the past two months and have been getting some more games into their younger players. That said, the Hawks are expected to welcome back some key veterans, and we just can’t bring ourselves to back a historically bad team in the Crows who haven’t won a game. All things considered, Hawks by 1-39 points looks to be the best investment.

West Coast weren’t able to silence the critics with a win over Richmond last weekend, falling away in the second half and going on to be comfortable losers. Their inability to win against good teams away from Perth remains a big issue for the Eagles, particularly if they aren’t returning back home in the finals.

Essendon looked as though they were kissing their finals aspirations goodbye when they trailed Hawthorn by six goals at half time last start; however, they managed to flick the switch in the second half and put in an inspired performance, led by Joe Daniher, who kicked three goals in his first game back in over a year. The Bombers are now 6-1-6 on the season and remain a slight chance of a top eight finish.

The Eagles would just about be a certainty if this was at Optus Stadium, but it’s in Queensland where they’ve really struggled this year. That said, we love the Bombers with a three goal head start, especially if they can bring the effort we saw from them in the second half of their Round 14 fixture.

Richmond are starting to get all their key troops back and it’s translating to much better performances on the field. They proved too good for West Coast last weekend, and have now won eight of their last 10 matches, which has propelled them into the top four.

Fremantle had a really good month of football leading into their clash with GWS in Round 14, so it’s fair to say we were expect a much, much better effort than what they dished up. They were thoroughly outplayed from start to finish, and are now massive outsiders to finish in the top eight.

The Tigers are by far the better team in this matchup and they only seem to be getting better as the season progress – in typical Richmond fashion. They have the attention of the Bookies, who have set the spread at five goals – we still think they can cover it easily.

Sydney had their chances to push the top-of-the-table Port Adelaide in their clash last weekend, but weren’t able to make the most of their inside 50 entries. The Swans are in clear rebuild mode and were always going to struggle to win enough games this season to push for finals.

Melbourne were able to hold off a quality St Kilda outfit in a thrilling finish to their Round 14 fixture, securing an extremely important four points. As a result, they finished the round sitting inside the top eight, and have a very favourable run of games to finish the season.

The wheels haven’t quite fallen off for the Swans, but they certainly aren’t threatening for top eight sides at the moment. If the Demons are serious clinching a finals berth in 2020, then they simply must give the Swans a hiding here – we think they will.

GWS were impressive without getting the chocolates against West Coast two starts back, and brought that same form against a clearly inferior team in Fremantle last weekend. It paid dividends, as they were far too good for the Dockers en route to a much-needed win. The Giants still have some work to do if they’re to feature in the post-season, but they do have a decent draw coming up.

Carlton just couldn’t keep up their intensity for long enough against Collingwood on Sunday and it ended up costing them the win – and probably any chance they had of making finals, too. They couldn’t get the game on their terms in the second half and they’ve now slipped to 12th on the ladder as a result.

The Giants look to be hitting some great form at the right time and we expect them to be too good for the Blues in this one. Carlton were lethargic last weekend and the Giants looked inspired. This could be the bloodbath that Blues fans do not want to see.

Brisbane joined Adelaide as the only clubs to have their bye last weekend, so they should be nice and fresh for their Round 15 meeting with Collingwood. Prior to their break, Brisbane were narrow winners over the Saints in a game where they looked to be running out of gas late in the piece. The Lions come into this round sitting third and with a chance to move just percentage behind the Power at the top of the table.

Collingwood played brilliantly against Carlton on the weekend to secure another invaluable win. The Magpies look to be slowly building over the past couple of weeks and have a chance to test themselves against one of the best in the business this weekend. As it stands, Collingwood are sixth on the ladder and four points outside the top four.

While the Magpies have certainly been building their form, we don’t think they’re ready to compete with a firing Lions outfit that has just freshened up off a bye. We’re expecting a tight battle, but for the Lions to pull away in the second half in front of their home fans.