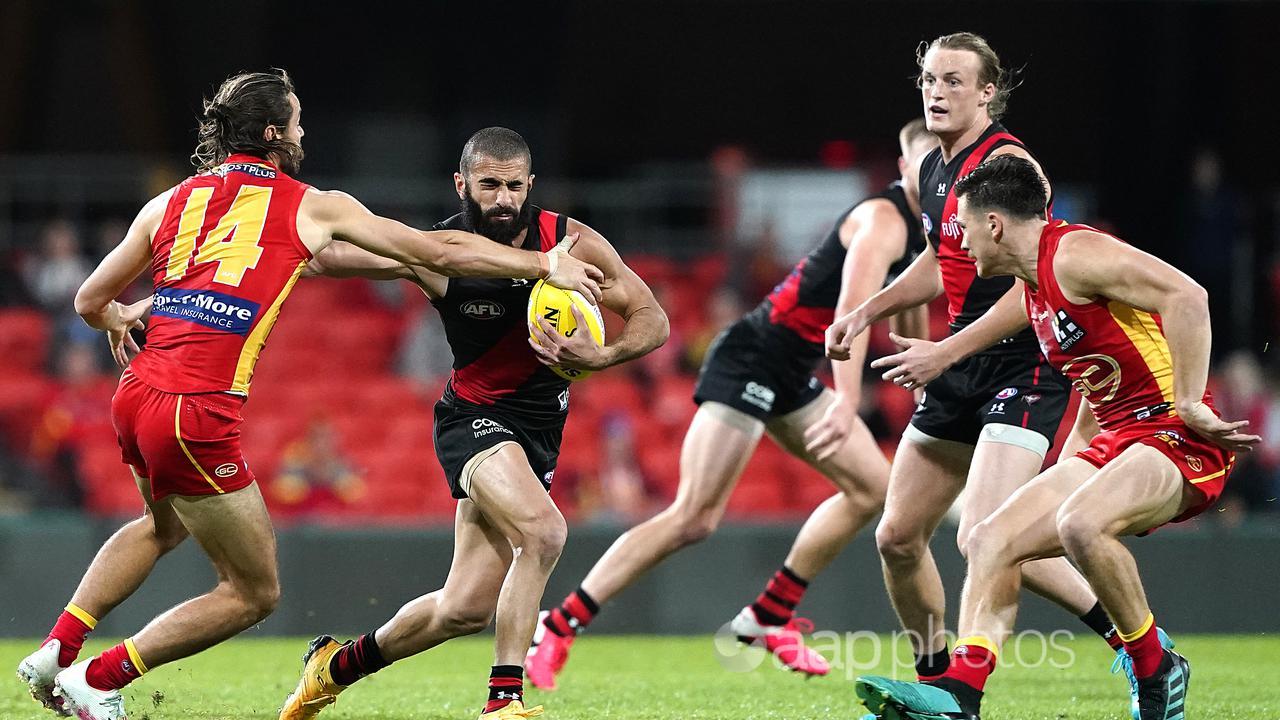 The Australian Football League (AFL) continues with Round 12 kicking off on Thursday and concluding on Monday in what is a more ‘traditional’ round. Check out all our best picks for all games below and good luck to everyone following!

The Swans were in their most recent game against the Magpies right up until the final siren, but ended up falling short by nine points. It must be said that they were lucky to have a chance to win considering how inaccurate their opponents were early on.

GWS stormed home against the Bombers in their most recent outing, pinching the four points in controversial fashion. They’ve now won three on the spin and look to have their season back on track.

Both New South Wales based clubs had the bye in Round 11, so fatigue won’t be an issue. The Giants are the clear favorites and understandably so, but we see the real value in the points under market here. The Giants are #8 ranked on offense this season and the Swans are #15 ranked, which leads us to believe goals will be at a premium in this instalment of the ‘Battle of the Bridge’.

The Cats were purring against the Saints on the weekend in what was a potential danger game for them. Their intensity was fantastic and their method proved impenetrable on the night. Geelong are now 7-4 on the season and are sitting pretty in third spot on the ladder.

Port Adelaide faced arguably their toughest test of the season when they hosted the red-hot Tigers in Round 11. The match lived up to the hype and so did the Power as they ran away comfortable winners in the fourth quarter. Now a game + percentage clear at the top of the tree, the Power look destined for a top four finish at the minimum.

The saying “there’s no rest for the wicked” couldn’t be more accurate for the Power at the moment. They repelled the Tigers last weekend and now have to take on another flag contender in the Cats just six days later. We’re expecting another cracking match but are leaning towards the total points under market once again. These clubs are ranked #2 and #3 for defense this season and the 120+ total is simply too high.

North Melbourne fans would’ve been hoping their side could turn the corner after their huge win over Adelaide three starts back, but that clearly hasn’t been the case. They’ve gone on to lose by two big margins and their most recent loss against the Demons was simply unacceptable.

Brisbane were able to bounce back from a rare heavy loss against the Tigers in Round 10 to power through the Dogs in Round 11. Lachie Neale continues to improve his Brownlow Medal odds with best-on-ground performances, and is now into odds-on favouritism. Neale has helped guide his team to second spot on the ladder with an 8-3 record.

If North were playing with the heart and spirit they were at the start of the season, then they’d be a great chance to cover the spread here. The reality is that they are playing terribly and come up against a high-flying Lions team that has all the tools to turn this into a bloodbath.

Melbourne have been able to capitalise on a soft draw with comfortable wins in their past two outings against the Crows and the Kangaroos. Their most recent demolition of the Kangaroos was most impressive, particularly with their effectiveness inside 50 which has been a big struggle for them for the best part of two seasons.

Speaking of ineffectiveness inside 50, Collingwood couldn’t have been much worse of late. They’ve been absolutely butchering both their forward entries and their shots on goal in their past couple of matches, but have been lucky they’ve been up against some poor opposition, which has enabled them to grind out wins.

The Magpies are severely out of form at the moment, despite claiming wins in their past two matches. Now up against an improved and confident Demons line-up, we expect them to come up short. It’s not a high bet game, but one we feel you have to favor Melbourne in if you’re having a punt.

The Dockers proved to us all that the way they played against the Magpies two games back is sustainable. They brought the same amount of heat to their clash with the Hawks in Round 11, and the result was the same. Now with back to back wins under their belt and another home game at Optus Stadium, the young Dockers have a chance to build on their momentum.

Carlton fans were just about ready to talk “finals” when they were 3-3 and coming off a huge win over the Bulldogs. However, their devastating loss to the Power the following week looks to have broken their spirit somewhat. They’re now 4-6 and are huge outsiders to feature in the finals.

If Carlton were playing with the desperation they showed earlier in the season, then they’d be the deserving favorites here. That is simply not the case, and actually it’s the Dockers who are the far more desperate team at the moment. As long as the Purple Haze bring the heat again this weekend, we can see them making it three in a row with a comfortable victory of the Blues.

The Bulldogs were faced with the extremely difficult task of taking on the Lions at the Gabba in Round 11 and they got off to a pretty good start, but just weren’t able to sustain the required level of play over four quarters. The Bulldogs have had a topsy-turvy season to say the least and enter Round 12 in 11th spot on the ladder.

Adelaide had another great chance to pinch a win against the out-of-form Magpies last time out, but once again it was the fourth quarter where they fell away. Their young guys just can’t run out four quarters of intense footy at the moment, and it’s now a big and very real question of whether or not they’ll win a game this season.

The Bulldogs haven’t been in great form of late but they get the free win this weekend against a historically bad Crows outfit. The line may look a little large at first glance, but the Bulldogs are fantastic front runners and should be able to put this game to bed early and run away comfortable winners.

St Kilda faced one of their toughest tests of the season last round when they took on the Cats. They entered that match on a four game winning streak that saw them rise to second on the ladder, but boy did they cop a reality check. They were absolutely thumped from the opening bounce and require a big response in Round 12 to restore faith.

Although they managed to win a few games earlier in the season, the Bombers still look nothing like a contender. On the other hand, the Saints have taken a couple of big scalps in Port Adelaide and Richmond and have a fantastic opportunity to climb back into the top four. We expect the Saints to bounce back with a big win.

West Coast got off to a very rocky start in season 2020, but have bounced back in a big way with six wins on the spin. Their string of home games at Optus Stadium has certainly helped, but there’s also been a noticeable increase in their intensity and effort, particularly from their midfielders.

Hawthorn were huge winners against the Blues in Round 11 and many thought they could turn the corner after that win. However, they followed it up with another listless performance against the Dockers where they never looked likely of threatening. It’s now just about season over for the Hawks unless something drastic changes.

Although they’ve strung together six wins on the spin, the Eagles still have plenty of scope for improvement. They’ve been getting off to some really slow starts and have had to grind their way back to winning positions. If they can clean their starts up they could be huge winners against the Hawks this weekend.

Richmond were brave against the league-leading Port Adelaide last weekend but ran out of gas in the fourth quarter. Prior to that loss the Tigers had won five from six and had shortened substantially in the Premiership market. The Tigers should welcome back a couple of stars in Round 12, allowing them to bounce back quickly from their loss to the Power.

The Suns were looking for a wire to wire win against the Bombers in the final game of Round 11, but just couldn’t close out the game. They eventually played out a draw, which just about puts them out of finals contention this season.

The Tigers have been playing undermanned since the beginning of the season, but their depth has shone through to help them to a 6-1-4 record. This is about the time in the season where the Tigers start their assault on the rest of the competition, and a fixture against the young Suns looks like a perfect opportunity to do just that. We’re predicting an easy win for the defending champs to finish off Round 12.