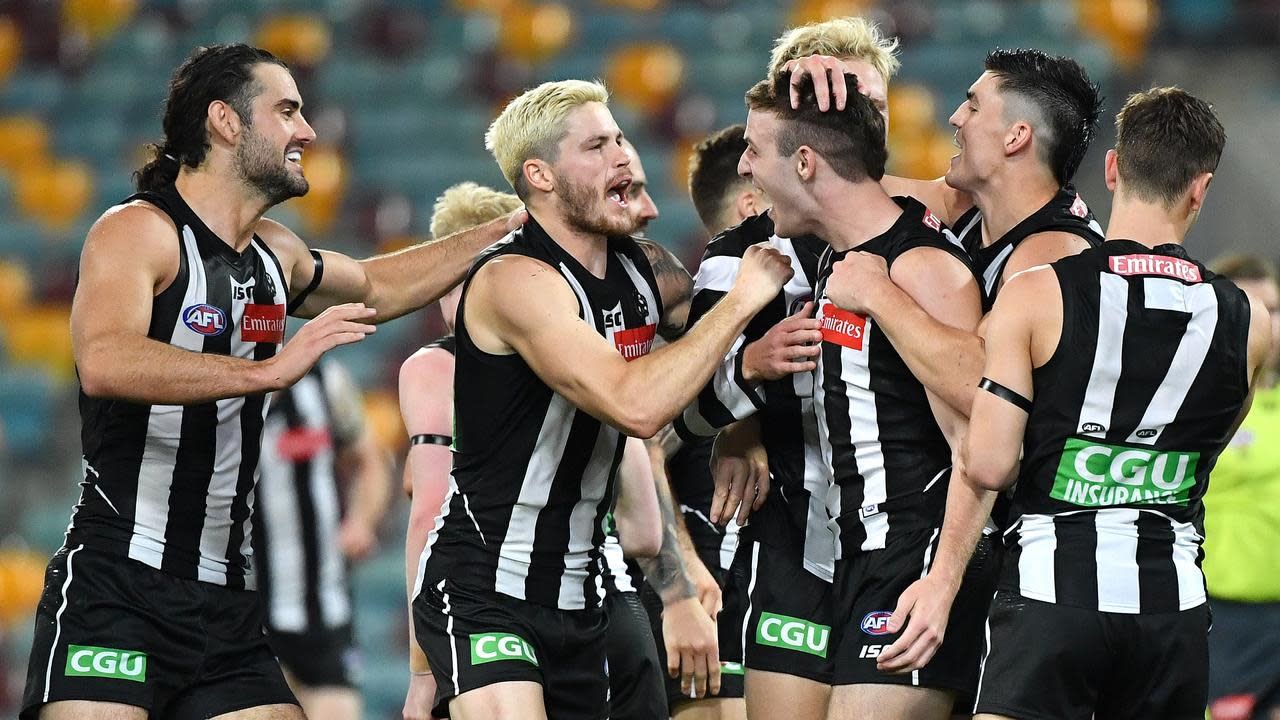 The Australian Football League (AFL) marathon continues with Round 11 kicking off on Friday and concluding on Wednesday. We’ve had great success with our AFL picks this season and we expect that to continue this round. Check out our best plays for all games below and good luck to everyone following!

Port Adelaide continue to tick over the win column and remain in top spot as a result. Last time out the Bulldogs were their victims, but now they face a much tougher task. The Power have been impressive with their consistency this season, but will now take on their trickiest couple of weeks in terms of opponents.

Richmond have had an eerily similar path this year to what they took last season when they went on to be crowned champions. Despite being undermanned, they’ve put together a couple of huge wins in a row and now look a very dangerous side.

This is a huge way to kick off Round 11 between two clubs that have shown a lot this season. The Power may have the Tigers done in the win column, but the Tigers look the stronger team coming in. All things considered, we’re more than happy to back the champs to make a statement here.

Brisbane had their chance to make a big statement last round against a Tigers outfit that took them out in the preliminary final last season; however, missed chances in front of goal really hurt them and they ended up losing by a comfortable margin.

The Western Bulldogs story last round is much the same as their opponents here. They had a massive opportunity to claim a big scalp in Port Adelaide, but failed to put enough scoreboard pressure on the current ladder-leaders, and eventually the dam wall broke.

This is another very interesting match between two sides that have been in some very good form of late. That said, the Lions have the runs on the board this season and also hold the home ground advantage. It’ll be a good game, but the Lions have to be the play in this one.

West Coast looked like being on the wrong end of a Geelong masterclass at half time during their recent duel, but the cream rose to the top and the Eagles kicked away in the second half. They’ve come on very strong in recent weeks and are certainly making the most of having a string of games in front of their home crowd.

Carlton looked a dark horse to make the finals on the back of some very encouraging performances leading into their recent game against Hawthorn; however, they simply didn’t bring the heat and went on to lose by a huge margin, leaving a lot to be desired.

The Blues have shown some improvement in season 2020, but the Eagles are still the far, far greater team and we expect that to show in this match. The spread has been set at 19.5 and we’re very happy to have the Eagles to cover at home.

The writing was on the wall for Melbourne in their Round 10 clash against the winless Adelaide, and it looked like the pressure was getting to them at stages during the match. They managed to rise to the occasion however, kicking away in the final quarter to secure a much-needed win.

North Melbourne’s season was on the line against Geelong in their recent outing and they would’ve had a lot of confidence after a big win against the Crows in the match prior. They weren’t able to transfer confidence to results in the end, succumbing to a much better team on the day.

Neither of these teams have shown a great deal of ability so far this season, but the Demons have still clearly been better than the Kangaroos. It’s probably a low-ish bet game, although the Demons are still our pick in this one.

St Kilda have become everyone’s second favorite team this season on the back of some huge results. They were massive odds to make the finals this campaign, but are playing like a team with a point to prove. Dan Butler has been one of the best signings of any team this season and he showed just why with a four goal performance against the Suns in a narrow win in Round 10.

Geelong were brave against West Coast in their Round 9 match but ended up with nothing to show for it. They didn’t drop their heads however, and managed to bounce back with a professional win over North Melbourne. The Cats still have a way to go, but you certainly can’t write them off as flag contenders just yet.

This has the potential to be the match of the round and we expect it to live up to the hype. The Cats are always a competitive team and deservingly go in as favorites; however, the Saints are in inspired form at the moment and getting them with a 10 point head start looks like fantastic value.

Fremantle were brilliant in their win over a genuine flag fancy in Collingwood last time out, despite being without superstar Michael Walters and a handful of other walk-up starters. They were never going to make the finals this season, but they’ve still managed to exceed expectations and will be a real threat for teams on their home deck.

Hawthorn had plenty of doubters going into their clash with Carlton in their most recent match, but were able to rise above it all to secure a great win. They manage to keep their slim finals hopes alive, but still have it all to do if they’re to feature in the business end of the season.

Both clubs are coming off morale-boosting victories, which makes this a very hard game to read. We slightly lean towards the Dockers however, simply due to the fact that they’ve been more consistently competitive than the Hawks, and they also have the home ground advantage.

Adelaide were given a sneaky chance by the bookies to score their first win of the season when they hosted Melbourne in Round 10. We didn’t buy it, and for good reason. They were really poor in the final stages of the match and ended up getting blown out of the park yet again.

Like a couple of teams in Round 10, the writing was on the wall for Collingwood. They were coming off a couple of very poor performances leading into their clash against a lowly Sydney outfit, and they nearly made a fist of it. Scoring accuracy was nearly their undoing, but they managed to grind out a crucial win away from home.

The Magpies certainly aren’t in any sort of form at the moment, but they get a perfect opportunity to build some winning momentum against the easy beats in the Crows. It’s near impossible to see the Crows winning a game at the moment, so we expect the Magpies to come out on top by a comfortable margin.

Unlike years past, the Suns look to be a consistently competitive team this season. They almost pinched a win against the red-hot Saints last time out and won plenty of fans with their determination. Their injury list definitely hasn’t helped their cause, but as long as they stay at the task at hand they’ll win a couple more games this season.

Essendon were right on top of GWS in the last game of Round 10, but looked to have run out of gas when the whips were cracking. They eventually lost by a couple of points, but at least the effort was there for a large portion of the match, which is something you couldn’t say about their preceding performances.

Neither team have been winning games of late, but the Suns have looked the more determined of the two. It’s probably a low bet game to finish the round, but if you’re having a flutter, then take the Suns at the value price.