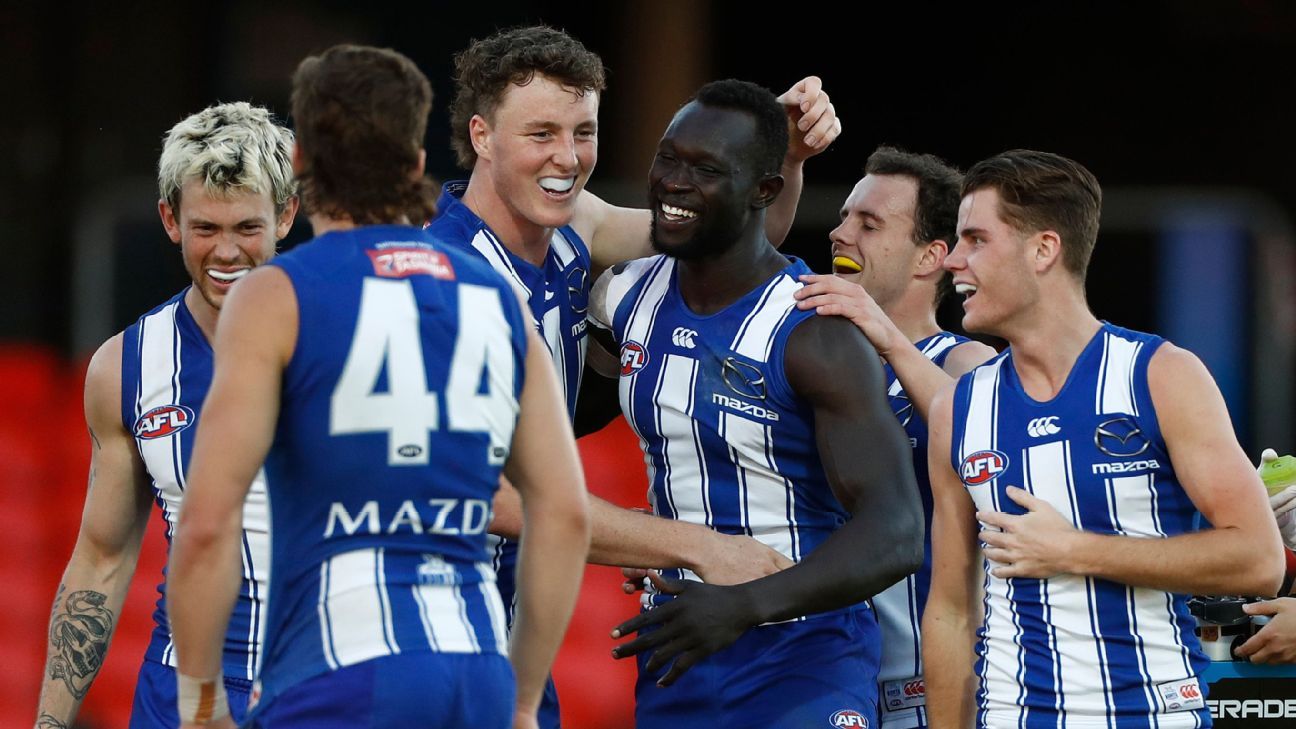 The Australian Football League (AFL) marathon continues with Round 10 kicking off on Monday and concluding on Friday. There are only seven games this round but there’s action on every day, so it should be another fantastic week of Aussie Rules football. We bring you our best bets for each game Round 10 right here.

Port Adelaide were embarrassed by St Kilda in Round 8 but were able to bounce back in a big way against Melbourne to secure an emphatic win in Round 9. The Power’s young talent continue to impress each week and they’re set to blood another debutant for this clash in Boyd Woodcock.

Western Bulldogs simply had no answer for Richmond’s elite pressure and ball movement in their Round 9 clash, losing convincingly despite being the favorites with the bookies. One positive heading into this round is the return of superstar midfielder, Josh Dunkley, who rose to elite status in last year’s campaign.

The Bulldogs have shown glimpses of elite play this season but it just hasn’t been on a consistent enough basis. On the flip side, the Power have been the most consistent team all season and get a huge boost by playing in front of their fans again this week. We expect the Power to be too good over the four quarters and to record a comfortable victory at home.

Richmond showed the rest of the competition just how dangerous they are when they’re on song with a dominant wire to wire victory against the Bulldogs. It was a very important win with so many players out, and they now move into fifth spot on the ladder.

Brisbane brought the heat from the opening bounce in their clash with the Bombers on the weekend and completely overwhelmed them. The Lions kicked 14 goals to the Bombers 3 and remain in second spot on the ladder and just percentage behind Port Adelaide.

This is a cracking match, particularly for a Tuesday night. It’s a 50/50 game with the bookies but we do lean towards the Tigers. They’ve shown the ability to suffocate the Lions ball movement in the past to really get on top of them in the midfield, and we can’t rule that out from happening again after what they did to the Bulldogs last weekend. It’s a low bet game, but the Tigers in a narrow one is our pick here.

Geelong brought a fantastic game plan to their clash against the Eagles but just couldn’t quite close it out. Despite the loss, Chris Scott was happy with his team’s performance and the position they are on the ladder (6th) with an easier run of games to come.

North Melbourne made some huge calls at the selection table by dropping Ben Brown and Jared Polec, both of whom are thought of as key players, ahead of their clash against the Crows, but it paid off as they went on to record a huge 69 point win, kicking the highest score (119) of any team this season in the process.

While North were big winners last weekend, it was only against the Crows and their form prior to that (6 losses in a row) was really poor. We’re not convinced they’re back in form and are more than happy to be on the Cats to record a comfortable win against them in the first of two games on Wednesday.

If last weekend wasn’t Adelaide’s best chance to grab a win this season, then this weekend has to be. They simply weren’t up to the task against the Kangaroos and need to bring their best effort at home against the Demons; otherwise it gets very, very hard to see where a win will come from.

Just when Melbourne looked like they were taking a step forward, they go and take five steps backwards. Their performance against Port Adelaide was nothing short of embarrassing and they simply must be better this weekend to avoid slipping out of finals contention.

Both teams had their pants pulled down last weekend, but at least for the Demons we can say it was unexpected. They’ve shown enough ability this year to suggest they can bounce back with a win against the lowly Crows in Round 10.

We all expected Collingwood to make a statement after their insipid performance against the Eagles with a win over the Dockers, but maybe we’ve been thinking too highly of them. The Dockers brought the heat and the Magpies couldn’t handle it. They now drop outside the eight, although they have a pretty favourable month of footy coming up, so it’s not all doom and gloom just yet.

Sydney would’ve thought they were a real chance against the Saints when they were peppering them with repeat inside 50 entries in the third quarter of their recent clash, but just couldn’t capitalise and it eventually broke their spirit. The Swans are now second last on the ladder, which is about where they belong with their current list.

Collingwood have disappointed us in consecutive rounds now, but finally get away from Optus Stadium where they just haven’t found any form. Now at the Gabba, perhaps the Magpies will find their mojo and return to the winners list. If they don’t win this by a big margin, s*** will hit the fan.

The Suns injury list continues to grow and their output continues to decrease. It’s been the same old story for their club for a number of years now and it looks like history is going to repeat itself in 2020. They’re coming off a loss against the Giants where they never looked likely, making it four losses from their past five games.

St Kilda have been a surprise packet this season and are now odds-on to make the finals. They made sure they didn’t drop off from their huge performance against the Power two starts back by beating the Swans convincingly in Round 9. The Saints are now third on the ladder with a very healthy percentage.

The Saints are the clear favorites here and it doesn’t take a brain surgeon to understand why. They’re in absolute red hot form at the minute and should be making it four wins on the spin, no questions asked. That said, the Suns have remained competitive in most of their games this season, so we’ll be taking the Saints 1-39 here.

Essendon were labelled by a couple of experts as the worst 5-2 team in AFL history heading into their Round 9 clash with the Brisbane, and their performance certainly backed that up. They were obliterated by a side that looked 10x better than them, which has resulted in a few alarm bells ringing. The Bombers do have a fairly extensive injury list, so there is a bit of upside if they can get some troops back sooner rather than later.

GWS were in all sorts of trouble when they were 3-4 and set to face the reigning premiers in Richmond; however a big win there backed up by another convincing win against the Suns now has them at 5-4 and looking the goods. On a sour note, superstar forward Toby Greene went down with a hamstring injury in their win over the Suns and is set to miss a big chunk of games.

The Bombers have shown the ability to knock over top sides when they’re in form, but the way they’ve played in recent weeks means we give them little to no chance here. The Giants do have a couple of key outs, but they have the depth to cover and should be winning easy here.