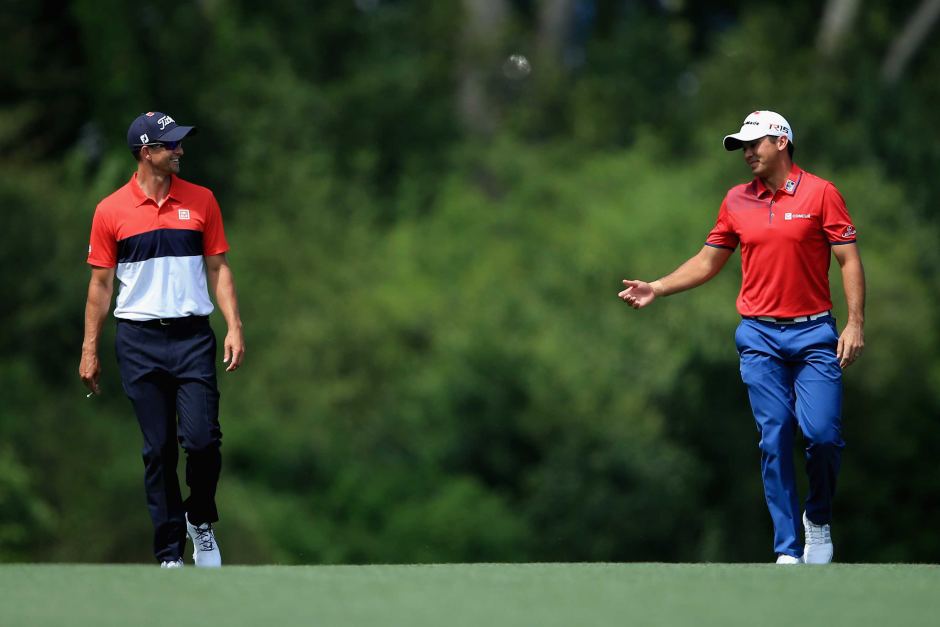 Tough weekend in PGA Tour betting picks as our main man for the RBC Heritage Invitational, Dustin Johnson, held the 54 hole lead before shooting a fourth round +6 to fall to T28. We’ll look to bounce back this week as the tour heads to Louisiana for the annual Zurich Classic of New Orleans team event!

We take a look at this week’s PGA Tour action in full and give our best betting picks below!

The most interesting aspect of the Zurich Classic is of course, the team element that it poses. Starting in 2017, the tournament reverted to a team event which features 80 teams of two players battling it out for the top prize.

The players will compete in two different formats of team events throughout the four days. Rounds 1 and 3 will be four-ball events (best ball). For Four-Ball play, the players on each team will each play his own ball throughout the entirety of the round, with the best score on each hole recorded.

Following the conclusion of the second round, there will be a cut to the low 35 teams and ties at the 35th position.

The top 80 players on the PGA Tour rankings list who have made themselves available for the tournament will have the opportunity to choose their own partner (given their partner has PGA Tour status). This throws some interesting teams into the mix with a lot of players opting to choose countrymen and friends over hunting a highly ranked partner.

World No.3 ranked golfer Brooks Koepka will compete with his brother Chase, who is currently ranked outside the top 800 in the world, in what will be one of the more interesting pairings to watch over the week.

Amongst the favourites are Australian duo Adam Scott and Jason Day, who have forged a fantastic friendship and should be tough to beat this week. Alongside them are four other teams with major winners on both sides of the ball in Henrik Stenson/Graeme McDowell, Louis Oosthuizen/Charl Schwartzel, Jim Furyk/David Duval and Ernie Els/Trevor Immelman. 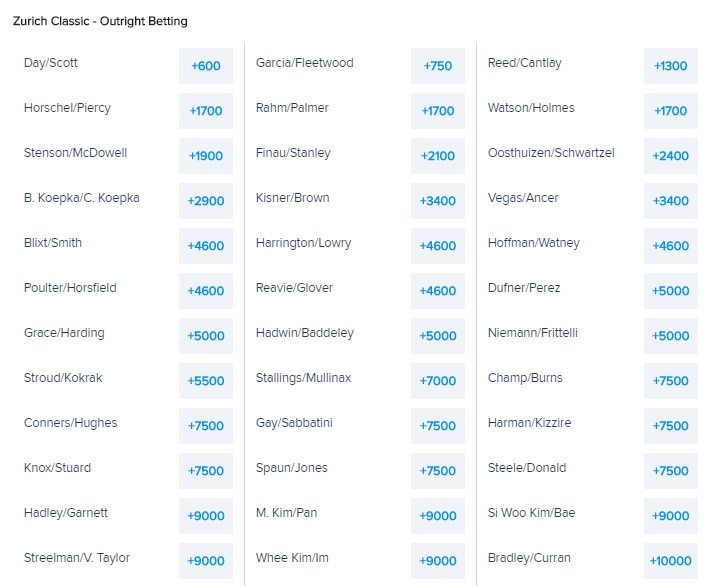 TPC Louisiana in Avondale, just 15 minutes outside of New Orleans has been the official host of the Zurich Classic of New Orleans since 2005. The course was designed by famous golf course designer Pete Dye and is a 7,425 yard, Par 72. The course is most well-known for scoring and regularly averages in the top third for low scores on PGA Tour.

As you would come to expect with a golf club in Louisiana, the course is set on over 250 acres of wetlands which allows for a plethora of water hazards lining the 18 holes. Along with the water, over 100 bunkers are littered around the course, however, if players are willing to take the risk (which they generally are in team play) scoring should still come fairly easily.

It’s hard to look past the Australian pair of Jason Day and Adam Scott (+600) here. The pair will see this as a great warm up for the upcoming Presidents Cup in Australia later this year meaning they’ll be one of the teams who are taking this event extremely seriously. The two also blend well together, Adam Scott is an extremely consistent player who should allow Jason Day to play much more aggressively throughout the four rounds and really hunt tough fairways and pins, which is what you need to do to be successful at TPC Louisiana.

Another pairing that has a lot of star power about them is European duo Tommy Fleetwood and Sergio Garcia (+750). Fleetwood was near unstoppable in the Ryder Cup earlier this year, playing alongside Italian Francesco Molinari and there’s no doubt that Sergio Garcia is a proven player in team events. Sergio is also one of the best out and out scorers on tour and should relish playing at TPC Louisiana.