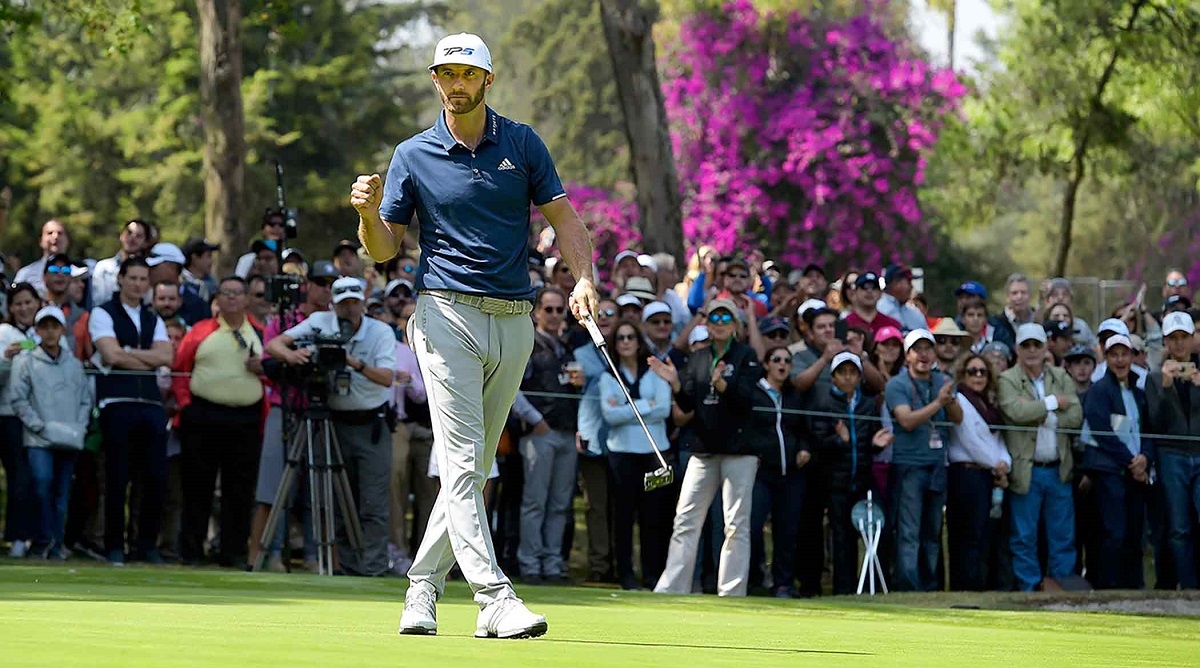 Unfortunately, Bubba Watson finished just one shot outside of the top 10 at the Genesis Open on the weekend, which was our best pick of the tournament. It ends our hot run of form in PGA Tour Betting Picks, one that we’ll be looking to return to at the WGC-Mexico Championship this weekend!

We take a look at the tournament in full and give our picks for the weekend’s action below.

The WGC events always offer some great variety to the standard PGA Tour events as we get to see a bunch of European players that we wouldn’t normally see. The events offer prize-money for both the PGA Tour and the European Tour and valuable points for the Fed Ex Cup and The Race to Dubai.

The WGC-Mexico will have a reduced field and no cut this weekend. The current starters list is 72 names long and features a bunch of the top ranked players in the world, making it arguably the most star studded tournament on tour to date.

Phil Mickelson will be back to defend his title from last year, while Tiger Woods will suit up in an attempt to win the title for the 8th time (all before the tournament was rebranded WGC-Mexico). Dustin Johnson won the tournament in 2017 and will be back to try to win it for the third time while the rest of the field will be headlined by top ranked players in Justin Thomas, Rory McIlroy, Jon Rahm, Bryson DeChambeau, Brooks Koepka, Rickie Fowler, Jordan Spieth, Marc Leishman, Tony Finau and Bubba Watson.

The top ranked players in the European Tour’s Race to Dubai will also be in attendance in Shane Lowry, Richard Sterne, Louis Oosthuizen and Matt Wallace. 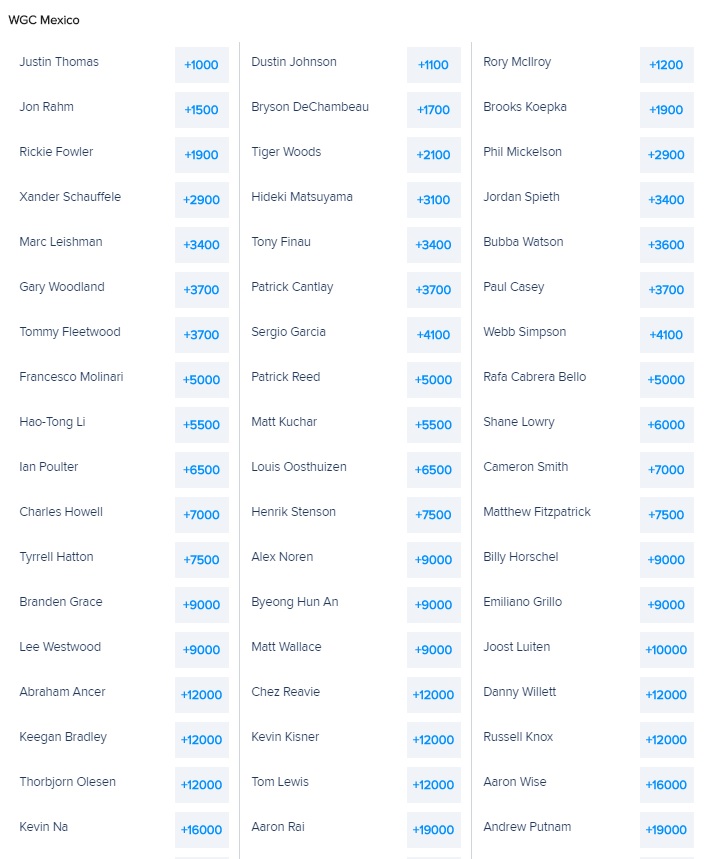 The 7,330-yard Par 71 Club de Golf Chapultepec in Mexico City will host the event for the third consecutive year this season. Dustin Johnson and Phil Mickelson have won the previous two events in Mexico but it’s not necessarily long drivers who have the advantage as some would expect from the yardage. At high altitude in Mexico City, the air is extremely thin meaning driving distances of all players rise and the course becomes a much more standard length.

The main aspect of the Club de Golf Chapultepec that will be addressing this weekend is the tricky approach shots that are both up and downhill and the complex greens which have vicious slopes and undulations. Back when Johnson claimed the title in 2017, it was his approach game that got him over the line as he topped the strokes gained on approach stat and when Lefty took the title last year, it was his putting that was the catalyst in his win.

As we mentioned, consistent approach players and putters will be our main focus this weekend and arguably no one has been more consistent on the PGA Tour this season than Marc Leishman. The Aussie ranked No.5 in shots gained on approach to the green in the PGA Tour this season and No.19 in greens in regulation percentage. He has also been on song with the short stick, currently ranking No.16 in shots gained putting and ranks as the No.26 overall putter on tour.

Leishman is great value this weekend at +3400 and has been in scintillating form to start the 2019 PGA Tour season. Including unofficial tournaments, he has played in seven events so far this year, racking up one win, four top 10s and has only missed a top 20 finish on one occasion.