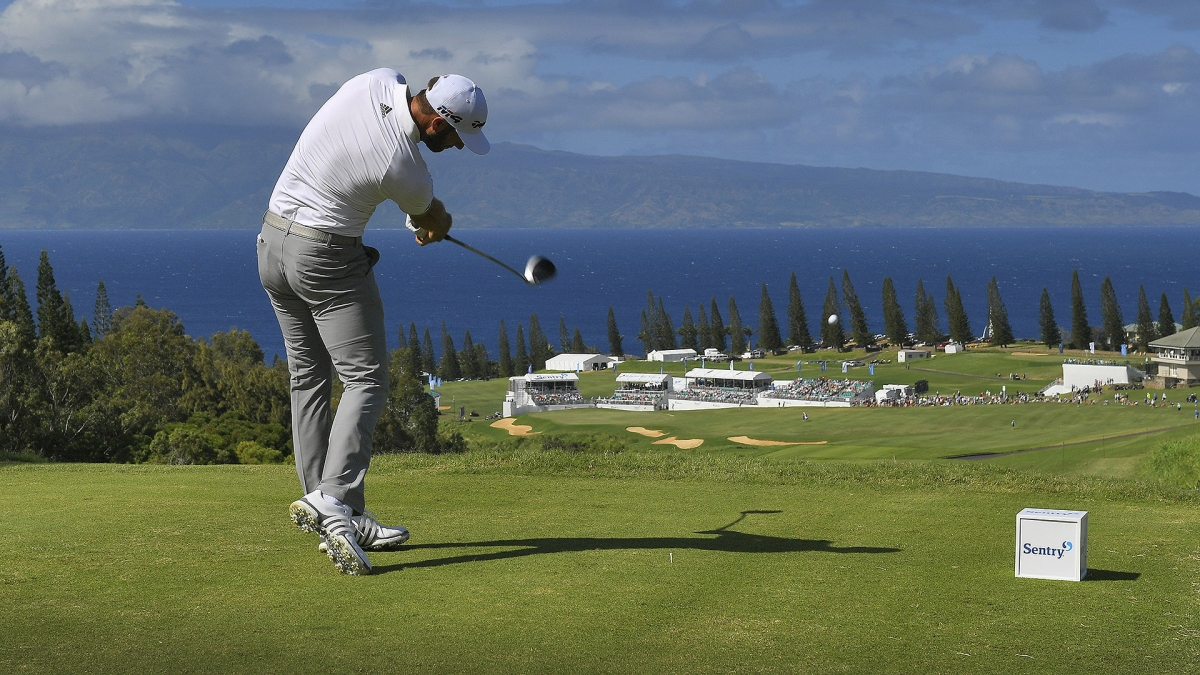 The Christmas break in the 2019 PGA Tour season left us without competitive golf at the highest level for over a month. However, the season resumes this week with the annual Tournament of Champions getting underway on Thursday from Hawaii.

The Annual Tournament of Champions event is aptly named. Any player who wins a PGA sanctioned event in the previous season automatically qualifies for the Tournament of Champions. 37 players in total qualified for the event this season but only 24 will accept the invitation. Tiger Woods, Phil Mickelson and Justin Rose will all miss the event this weekend, however, seven of the top 10 ranked players in the world will attend the event, headlined by last year’s winner Dustin Johnson.

The Plantation Course at Kapalua Resort in Maui will play host to the Tournament of Champions once again this year, the 21st consecutive year that the ocean-side course has held the event. The course plays as a long 7,513-yard par 73 and features a large number of elevation changes and downhill tee shots, meaning that a portion of both the par fours and fives are reachable for the longer hitters.

Wind plays a massive factor at the Plantation Course. On a still day, the course will definitely favor the longer hitters who can be as aggressive as they please, however, the winds can at times reach up to 30 miles/hour which brings in some of the more accurate drivers off the tee.\

It will be a bit hard to get a read on form heading into this weekend’s tournament after the PGA has been on a break for over a month. However, some players in the field have shown some early form in the 2019 season. With the Plantation Course being the only course on the PGA Tour with 7+ 500-yard holes, long hitters who rack up shots gained off the tee will be my key focus this weekend, and there’s none better than the World No.3 Dustin Johnson.

Johnson finished the 2018 season as the number one rated player in shots gained off the tee and he has started the 2019 season in decent form, including a 7th place finish at the Hero World Challenge in December. He was a massive 8 shot winner at the Tournament of Champions last season, defeating a star-studded field. To match his shots gained off the tee stats, Johnson was No.2 overall in Eagles, 6th in driving distance and 1st in scoring average in 2018.