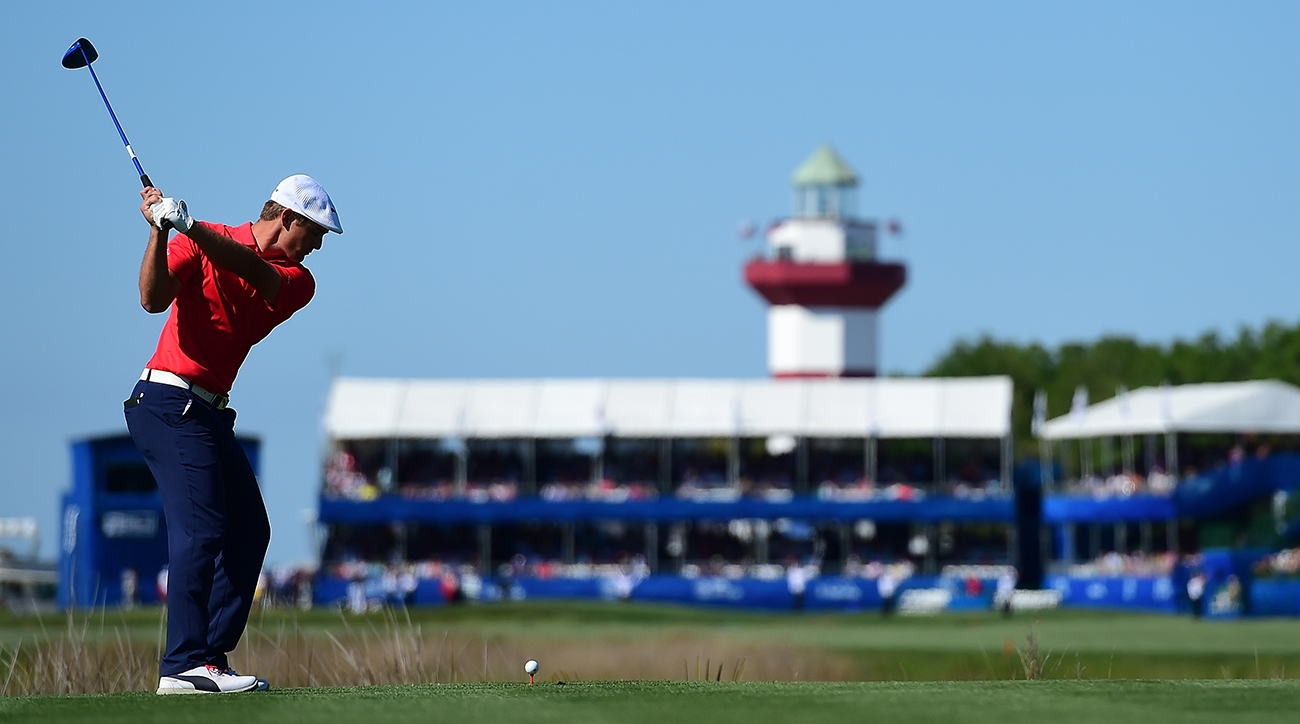 Tiger is BACK! What a win it was for Tiger Woods in The Masters on the weekend! Although he wasn’t one of our selections, we loved watching the GOAT get back to what he does best, winning majors.

The PGA Tour rolls on this weekend as we head to Harbour Town Golf Links in South Carolina for the annual RBC Heritage Invitational. We break down the upcoming tournament and give our betting picks below.

Considering The Masters was on the weekend and many players will be hunting a well-deserved break, the RBC Heritage has attracted quite a strong field. The invitational status of the event helps to bring out more top level stars, as their chance of winning in the reduced field sizes are significantly increased.

The No.1 ranked golfer in the world, Dustin Johnson, headlines the event and will be looking for his first RBC Heritage crown. Alongside him are a host of other Top 30 ranked players in the likes of Francesco Molinari, Bryson DeChambaeu, Xander Schauffele, Jordan Spieth, Matt Kuchar, Patrick Cantlay and Tommy Fleetwood. 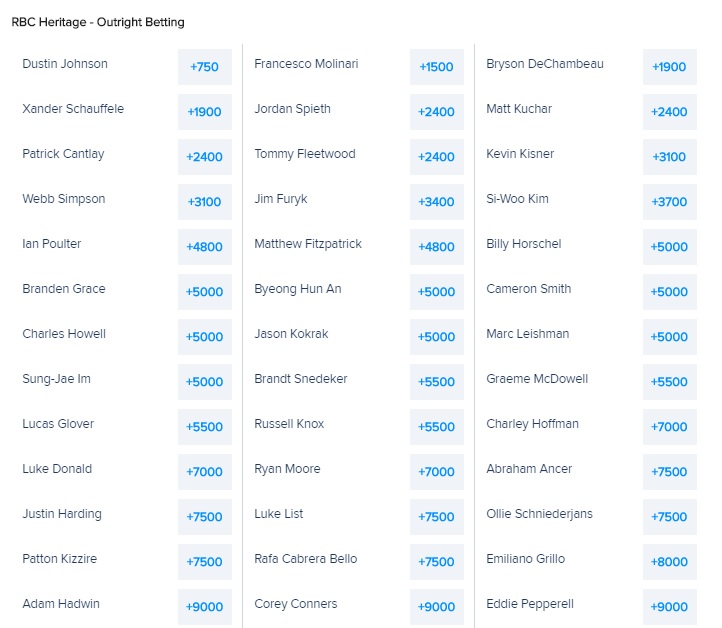 Designed by Pete Dye and Jack Nicklaus over 60 years ago, Harbour Town Golf Links is one of the longest running sole course tournaments in the PGA Tour. The tournament dates back to 1969, when Arnold Palmer won the first instalment, and has never been played anywhere else.

A 7,099 yard, Par 71, the courses resounding feature is narrowness. The fairways are incredibly tight and lined by thick oak and pine trees, giving the course a strong Scottish feel while the greens are famously some of the smallest on the entire tour. Once you’re on the putting surface, things get slightly easier at Harbour Town, which is why we’ll be targeting strong tee-to-green players this week.

When assessing strong tee-to-green players, one name stands out above the rest and that’s Dustin Johnson (+750). DJ is the No.1 ranked golfer in the world for a reason, and even though he has battled some injuries this season that has seen his workload decreased, his results are no joke. Through 9 tournaments this season, Johnson has already racked up six top ten finishes, including a dominant win at the WGC-Mexico followed by a T5 at The PLAYERS, a T6 at Valspar and a T2 at The Masters on the weekend. DJ is in some serious form at the moment, ranks top 15 on tour in shots gained off the tee, from tee to green and on approach.