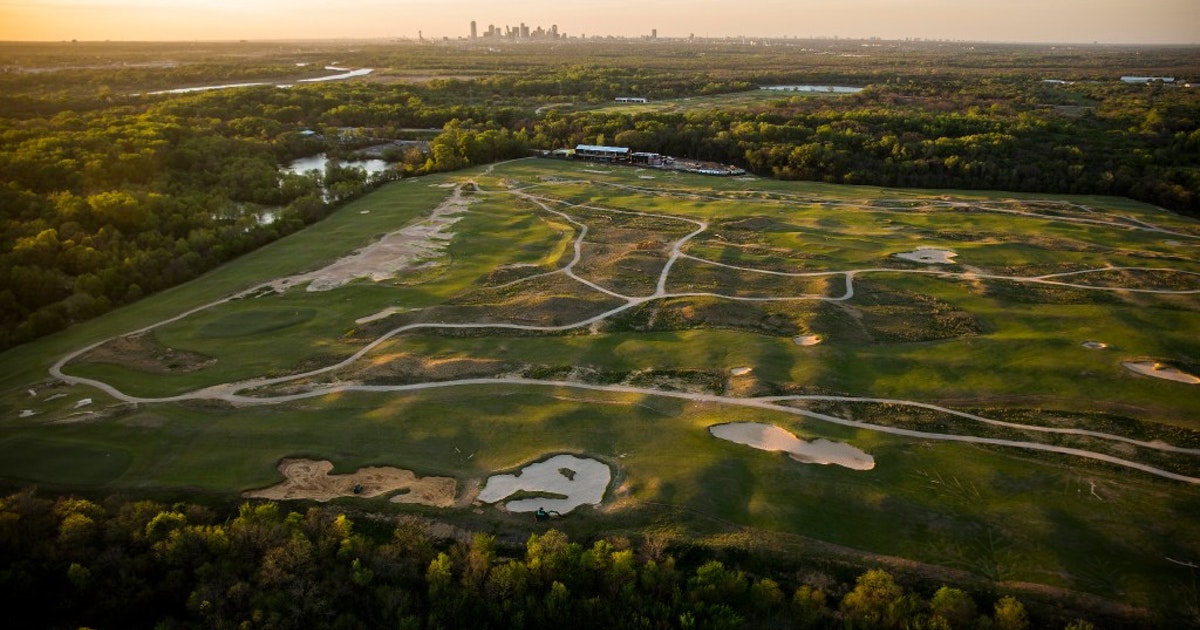 It’s a massive couple of weeks coming up in the PGA Tour with the AT&T Byron Nelson set to kick off this Thursday followed by the second major of the year, the PGA Championship, next weekend! We take a look at the Byron Nelson in full and give our betting picks for the event below!

It was a tough week at the Wells Fargo on the weekend as our top pick Rory McIlroy held the lead through 36 holes before ultimately finishing in T8 position while our value pick, Gary Woodland, was forced to withdraw through injury.

The AT&T Byron Nelson could provide a little easier proposition for wagers this weekend with a slightly weaker field due to the major championship next week.

Designed by former pro golfer Ben Crenshaw, the Trinity Forest Golf Club provides an extremely different dynamic to the regular PGA Tour course. Surrounded by the famous Trinity Forest in the Dallas-Fort Worth area, one couldn’t be blamed for thinking the course would be filled with trees. However, there is not a single tree on the playing field, nor is there any water hazards. Instead, the course is famous for playing extremely hard and fast and has the look of a St. Andrews type rolling meadow.

The course is a 7,371 yard, Par 71 that was built on over 160 acres of sand capped landfill. The feature holes include the third and the eleventh, which share a green and offer viewers a fantastic vantage point for some of the toughest approach shots on the course. Keeping it on the fairway and reaching the greens in regulation will be crucial, and difficult this weekend, and strong scrambling players should have an advantage given the firmness of the fairways and greens.

As we mentioned above, it’s a bit of a lighter field this week in Texas due to the PGA Championship being held from Bethpage Black Course next weekend. No.2 golfer in the world, Brooks Koepka, will headline the field after a strong T2 performance at The Masters a few weeks back and he’ll be the only representative of the world top 10 playing this week.

Last year’s winner and the only current winner at the Trinity Forrest Golf Course since it took over the Byron Nelson last season, Aaron Wise, will be back to defend his title this season and looks to be a great chance with his course pedigree. Jordan Spieth, Patrick Reed, Henrik Stenson, Hideki Matsuyama and Marc Leishman will headline the rest of the field. 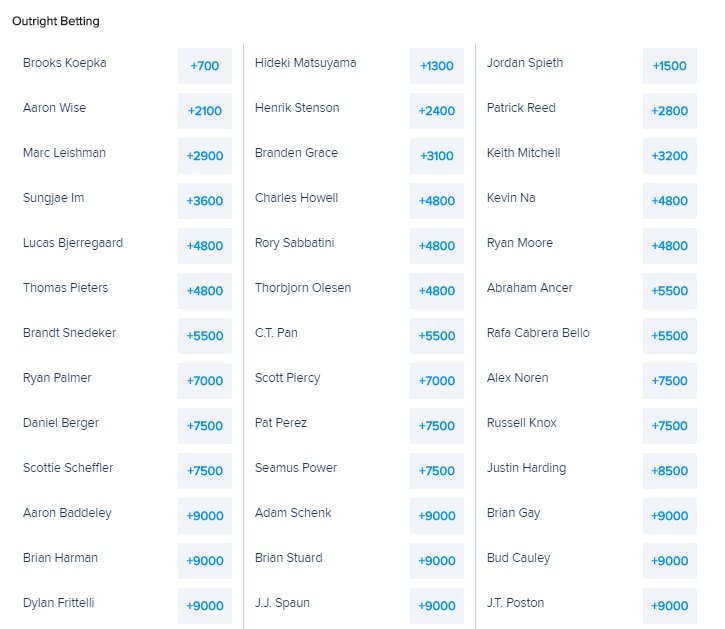 It’s extremely tough to look past Brooks Koepka (+700) this weekend. Nearly everything he’s touched over the past year and a half has turned to gold and he almost pulled off yet another major victory a few weeks ago at The Masters when he finished just one shot back of winner, Tiger Woods. Doesn’t really have any weaknesses to his game at the moment, which will be crucial this weekend at the Trinity Forest Course, which offers a vastly different challenge to what most golfers would be accustomed to on the PGA Tour.

If you’re looking for a bit more value, we love the look of Aussie Marc Leishman (+2900). Leishman finished second in a playoff to Aaron Wise last season and is one of the better scramblers and putters on the entire tour, which should come in handy on the hard and fast Trinity fairways and greens. Will be looking to find some form ahead of the major championship next weekend and represents great value.