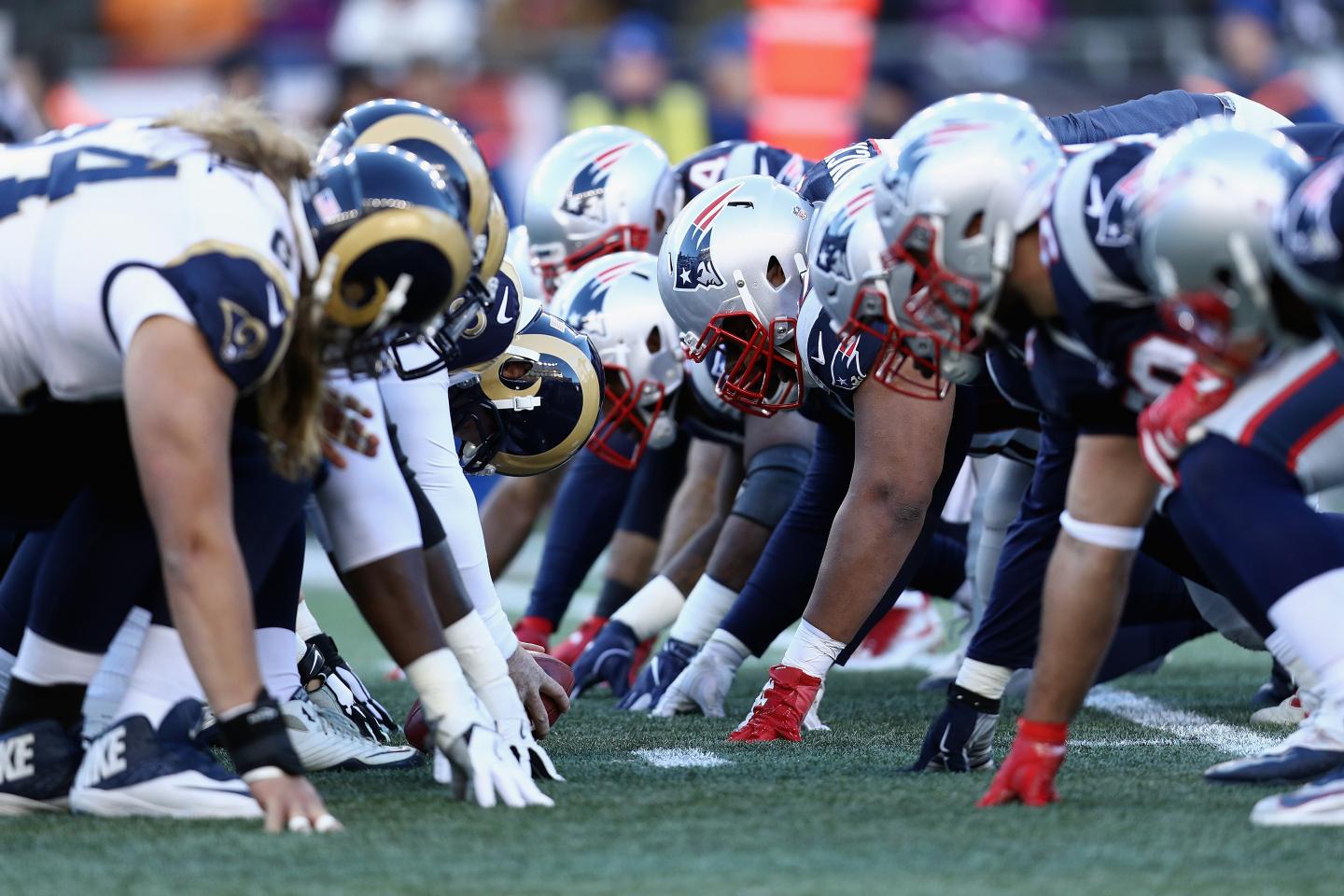 Another best bet win in the Conference Championship weekend makes it 3/3 in the playoffs so far with the wins coming at odds of +100, -110 and +158 over the past three weeks! Now, the 2018-19 NFL season has reached its pinnacle with the New England Patriots and Los Angeles Rams set to do battle in Atlanta this Sunday in Super Bowl LIII.

What a whirlwind playoffs series it’s been so far in the NFL. After two Conference Championship games which both went to overtime, the New England Patriots and Los Angeles Rams find themselves in the Super Bowl in Atlanta. We preview the two teams and provide our best bet for the game below.

The Patriots shot out to a commanding lead in their conference championship game against the Chiefs, going into halftime with the score at 14-0. The Chiefs fought back in the third quarter and the start of the fourth, however, before a shootout in the last seven minutes of the fourth quarter left the scores tied at the end of the game.

38 points were scored in the final quarter of the game before Tom Brady and the Patriots marched the length of the field in overtime to score the match winning touchdown through Rex Burkhead, his second for the game.

The Patriots established the run early but probably more importantly, were able to limit the influence that the Chiefs run offence had on the game. They limited the Chiefs to just 40 total rushing yards in the AFC Championship game, one week after stopping one of the best running backs in the game, Melvin Gordon, and the Chargers to just 19 total rushing yards in the Divisional Round.

That will be key for the Patriots once again this weekend as they come up against the dynamic running back tandem of Todd Gurley and CJ Anderson. So, to will be the run game of the Patriots, led by rookie Sony Michel, who had a big game against the Chiefs, rushing for 113 yards and two touchdowns.

There’s also the Tom Brady factor. The star quarterback turns into a different player in Super Bowls. Brady averages 262 passing yards per game across his 269-game career but in the eight Super Bowl matches Brady has played, that number rises to 322.0 with a ridiculous quarterback rating of 98.0. In the last two Super Bowls, Brady has passed for 466 and 505 yards respectively. 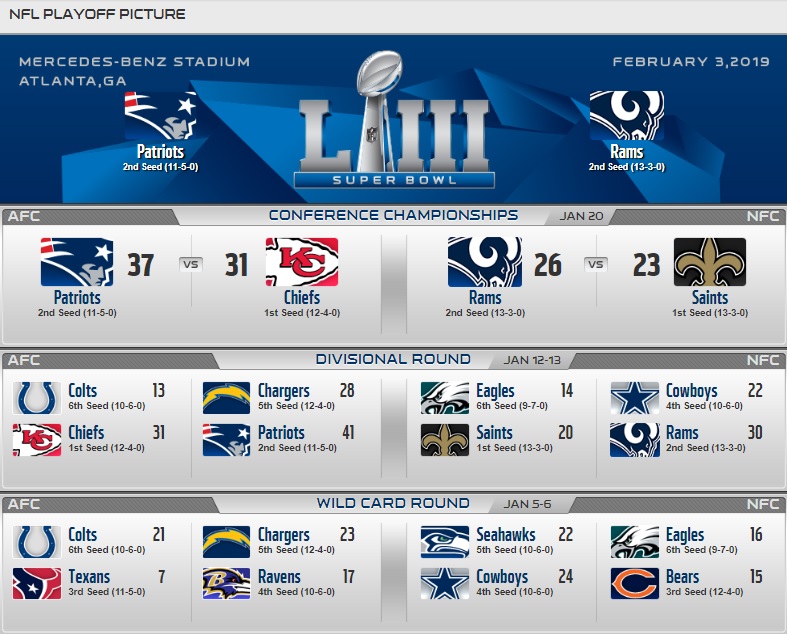 There’s no doubt that the Rams have been one of the best teams in the NFL this season. However, whether they deserve to be representing the NFC in the Super Bowl after a controversial decision in the conference championship game last weekend is another story. However, we’ll look past that and focus on the Rams chances in the Super Bowl.

The Rams possessed one of the most dangerous offences in the league in the regular season, racking up 32.9 points per game, the second highest tally in the league. Led by star running back Todd Gurley, who racked up 21 touchdowns in just 15 games, the Rams have been dangerous both on the ground and through the air.

Jared Goff has always been prone to moments of brilliance as well as moments of error, however, he has arguably put together his most consistent season this year, and has been a solid game manager in their two playoff games so far. Goff threw for 297 yards and a touchdown against the Saints on the weekend but it was their issues in the run game that were worrying.

CJ Anderson and Todd Gurley combined for just 20 carries and 54 yards against a good Saints run defense, and they’ll face another good one in the Patriots this weekend.

The issues in the Rams run game is truly worrying this week. Todd Gurley may have a lingering injury from the Conference Championship game or may have just fallen out of favor for C.J Anderson. Either way, the Patriots have allowed just 59 rushing yards in their last two games and just two rushing touchdowns.

The Pats offence has also come to life in the playoffs. After averaging 27.3 points per game in the regular season, Tom Brady and his men have piled on 39 points per game in their two playoff games and should be able to score easily against the Rams on the weekend, who were 13th in points allowed throughout the regular season. We think the Patriots claim their 6th Super Bowl this weekend in a high scoring game.

We shouldn’t forget this….