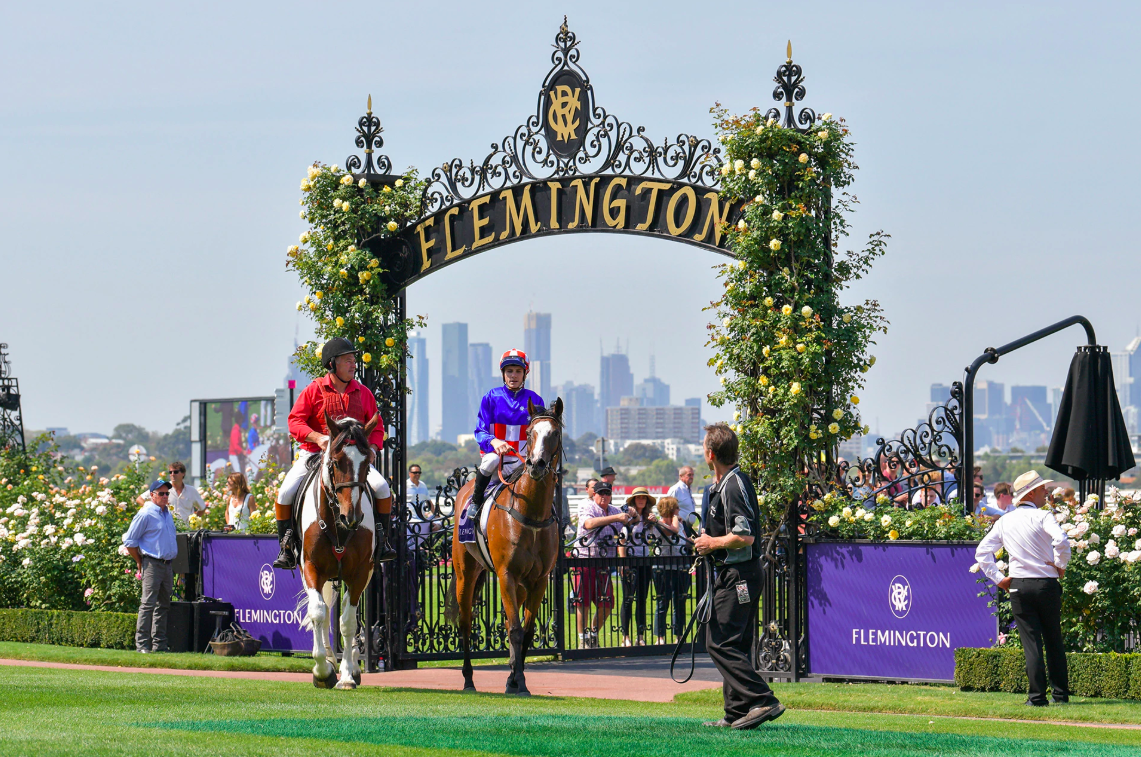 The Melbourne Cup is Australia’s most prestigious horse race and the richest 2-mile thoroughbred race in the world! Aptly dubbed as ‘the race that stops a nation’, the event traditionally takes place on the first Tuesday in Novembers. We have a full preview and betting picks for the 2019 Melbourne Cup below.

The Melbourne Cup is run at Flemington, an inner-city racetrack in Melbourne that has a 4-day carnival at the start of November every year. The 3200m start gives a long 1000m run to the first turn, giving horses plenty of time to find their positions. They then turn left and run away from the finishing post before a long-sweeping bend that leads into a run to the post of about 500m. Traditionally, it is a very difficult place to attempt to lead all the way, the big straight and wide track usually gives every horse its chance.

The first day of the carnival was on Saturday, the rail was in the true position and poor conditions were dished up. There was rain early in the day and the track was officially in the soft range. The track is predicted to be a lot firmer and in the good category, but there is rain forecast all through Monday so I will expect there to be a downgrade. It is however one of the best draining tracks anywhere in the world and without extreme rain, it shouldn’t be too cut up.

There is usually good speed throughout in the great race, this year looks no exception. The horses that will go forward (in race-book order only) are (6) Hunting Horn, (9) Rostropovich, (14) Downdraft and (15) Magic Wand. Hunting Horn has predominantly been used as a pacemaker around the world for the Aiden O’Brien stable, but he took a sit and was a solid winner of Moonee Valley Cup in the lead-up to this race. There are a couple of real rough chances in the betting that may want to spice it up early, (16) Neufbosc and (17) Sound fall into this category.

Five of the first six across the line in the 2018 Melbourne Cup are lining up again this year, with only the runner-up Marmelo not taking his place. (1) Cross Counter was only having his eighth career start last year when he ran over the top of them to score, he has since gone to Dubai and won the Gold Cup before a couple of good runs in Group Ones in the UK. (12) Prince of Arran was third last year, and was a recent winner of the Geelong Cup, a traditional lead-up to this race. (11) Finche was fourth last year and remained in Australia to be trained locally. (9) Rostropovich was well fancied to finish fifth and after scraping into the field 12 months ago as she has done this year, (24) Youngstar was sixth.

Japanese star (2) Mer De Glace is the favourite at the time of writing. He won three consecutive Group Three races back home before winning the Caulfield Cup in Melbourne a couple of weeks ago. He was dominant in that win, running on hard from back in the pack. The big question with him is running out the two miles, as he has never raced past 2400m before. (19) Constantinople is an English import that was favourite in Mer De Glace’s Caulfield Cup win. He was the hard-luck story out of the race, was held-up at a vital stage before powering home late into fourth position. Last year’s winner (1) Cross Counter is proven here but does carry an extra 14 pounds on Tuesday. It is hard to line-up some of the international raiders as we have not seen them race down under previously, they include (3) Master Of Reality, (5) Southern France, (7) Latrobe, (13) Raymond Tusk and (20) Il Paradiso. (23) Vow And Declare looks the best of the local chances. He was strong through the line in placing at the lead-up into this and was a dominant winner over 3000m earlier in the year so can certainly run the trip.

As stated earlier, the pace should be hectic early so I am relying on the “swoopers” to be finishing off best and my selections reflect that. (19) Constantinople has been well supported and arguably should have beat home (2) Mer De Glace in the Caulfield Cup. That looks the right lead-up race to this. (5) Southern France placed in the Irish St Leger last start and is lining up for star local trainers Maher and Eustace. They really know how to set a horse for a big race. (13) Raymond Tusk comes through the Ebor Handicap in England which is always a strong staying race and is trained by master horseman Richard Hannon.

The Melbourne Cup is “The Race That Stops A Nation” and you’ll be able to watch and wager on Australia’s grandest event with TVG. A special Pick 4 wager is being offered for the big day, and three out of four doesn’t have to be so bad with our Pick 4 insurance. We’ll refund your first bet on Flemington’s Melbourne Cup Day Pick 4 on Monday night, Novemebr 4th up to $25 when your ticket has winners in three legs and loses in only one. Just opt in, then bet with confidence as we take some of the sting out of the close calls.