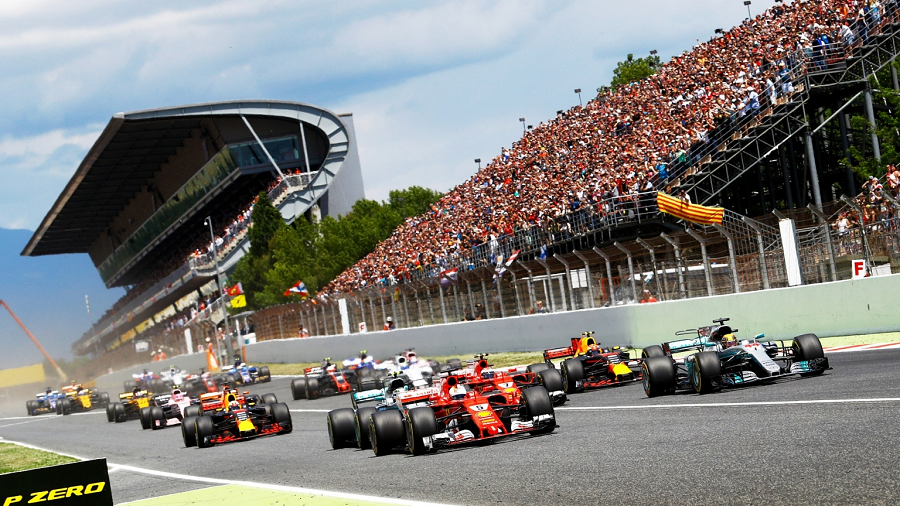 A massive weekend approaches in the 2019 Formula 1 season as the tour heads to Barcelona for the annual Spanish Grand Prix! Team Mercedes has had a stranglehold on the competition so far this season and will look to make it five straight 1-2 finishes in Spain.

We take a look at the Spanish Grand Prix and give our betting picks below.

Valtteri Bottas claimed the top spot on the podium for the second time this season in Azerbaijan two weeks ago and currently sits just one point ahead of Mercedes teammate Lewis Hamilton. The two have had two wins and two second place finishes each through the opening four races, however, Bottas secured one bonus point in Australia for recording the fastest lap time of the race.

It’s been one of the more dominant starts to the season that we have ever seen from a manufacturer, as Hamilton and Bottas have stood on the top two steps in all four races. Sebastian Vettel has found some form over the past two Grand Prix’s in China and Azerbaijan, claiming third place in both, however, the Ferrari just seems a step behind the Mercedes at every turn so far this season.

Vettel’s new teammate at Ferrari, 21 year old Charles Leclerc, has also had a consistent start to the season, combining one third place finish with three fifths. Max Verstappen, Red Bull’s new clear cut front man after the departure of Australian Daniel Ricciardo, has been the other major player in the drivers championship so far, currently sitting fourth on the table with one third place finish and three fourths.

The Ferraris were arguably the best at the Barcelona-Catalunya Circuit in pre-season but they will need to make some key improvements in their machines if they wish to bridge the gap to team Mercedes and particularly Lewis Hamilton, who has put his mark on the Spanish Grand Prix over the years.

Lewis Hamilton (+150) will be looking for his third straight victory in Barcelona this weekend and throughout his last five races, boasts three wins, one second place finish and one retirement in 2016. All in all, Hamilton has won the race on three occasions, and can clear of the likes of Mika Hakkinen, Alain Prost, Nigel Mansell, Jackie Stewart and Louis Chiron with a fourth win on Sunday, leaving German legend Michael Schumacher as his lone target with six wins.

If there’s one track where I could see the Ferrari’s finally making a move it’s in Spain, where they tested extremely well. I think the streak of Mercedes 1-2’s comes to an end this weekend but I find it incredibly tough to make a case for someone dethroning Lewis Hamilton in Spain.