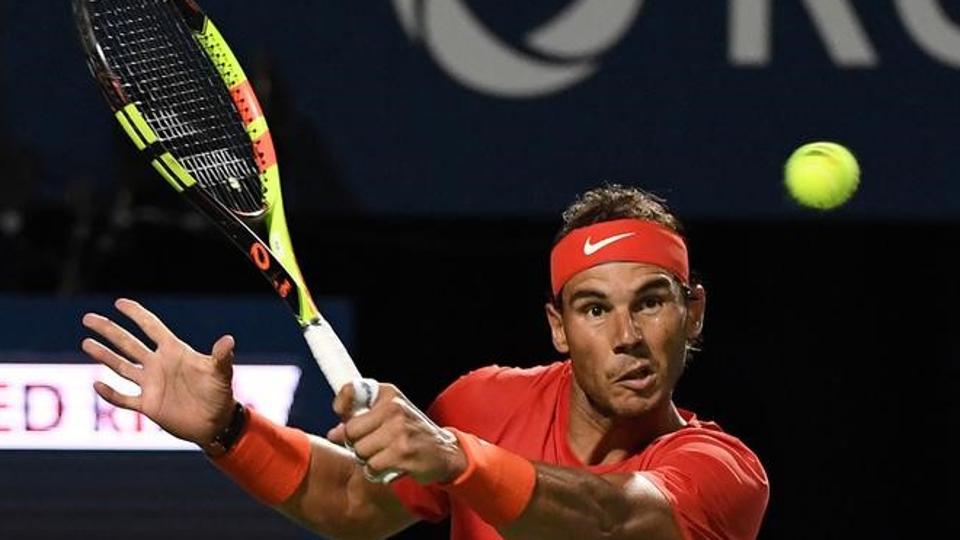 The lead-up to the US Open is well and truly on with a Masters 1000 event taking place in Canada this week. The Canadian Open will play throughout the week and feature plenty of world class men’s tennis players, which will be our focus for this article. As always, we preview the event by looking at the major contender, leading us to our best bet to take out the tournament. Check it out below and good luck to everyone following!

There are 16 seeds at this year’s Canadian Open in the 56-strong field, but the it’s the top eight that get the huge advantage by getting the bye in Round 1. See below who the top eight are this year.

There’s a stacked field at this week’s Rogers cup with eight of the world’s top 10 ranked men’s players taking to the courts in Montreal. The only big names missing are Novak Djokovic and Roger Federer, who have opted to gain even more rest ahead of the US Open.

The biggest name entering and the clear favourite is none other than Spaniard superstar Rafael Nadal. He hasn’t played a whole lot of tennis lately, but is the defending champion here and comes in at odds as short as +190 to go back-to-back.

Second favouritism is shared by young guns Alexander Zverev and Dominic Thiem at around +1000. The former is having a really tough year and it’s a surprise that he’s so short to win the title, while the former is coming in fresh off success in Austria and will be full of confidence.

There’s plenty of guns around the +1500 odds at major agencies. Key players here are next-gen stars Stefanos Tsitsipas, Daniil Medvedev and Nick Kyrgios. All three made deep runs in Washington last week and played in a semi-final or better, with Kyrgios taking out the title completely for his second ATP 500 triumph of 2019.

As mentioned above, it’s a really stacked field this year, as it always is in Masters 1000 tournaments. There’s 1,000 valuable ranking points on offer to the winner, as well as some huge prize money for those who make deep runs. For us, we’ll be taking on Dominic Thiem at his odds. He’s in great form at the moment and is having another wonderful year on Tour. He tasted success in his home country last week and should be a lot shorter than his current quote. He has a really nice draw apart from a tough opening round match with Denis Shapovalov. If he gets through that encounter unscathed, you can expect him to dispatch just about everyone on his way to the final.