We hit on our last ATP World Tour betting pick, which was Rafael Nadal to win the Italian Open. He played a dominant week of tennis and eventually met and defeated arch rival Novak Djokovic in three sets in the final. Nadal then went on to win his 12th French Open the following fortnight, climbing to 18 Grand Slate all-time, which is just two behind Roger Federer (20).

The clay court season has come and gone, so now it’s time for the grass! There are two great ATP 500 events on this week in the form of the Queen’s Club Championships and Halle Open. For the purpose of this article, we’ve focused on the former as we believe there’s much more value in the markets to attack!

As always, we’ve provided a quick preview of the event as well as our best betting pick for the outright market. Check it out below and good luck to everyone following this week!

This famous tournament has had a whole host of big name players lift the trophy over its 100+ years on the main tour. Since the turn of the century it’s been won four times each by Andy Roddick and Lleyton Hewitt, and a record five times by Andy Murray. The current champion is world number

For reference of the talent at this year’s Queen’s Club Championships, here are the top eight seeds. 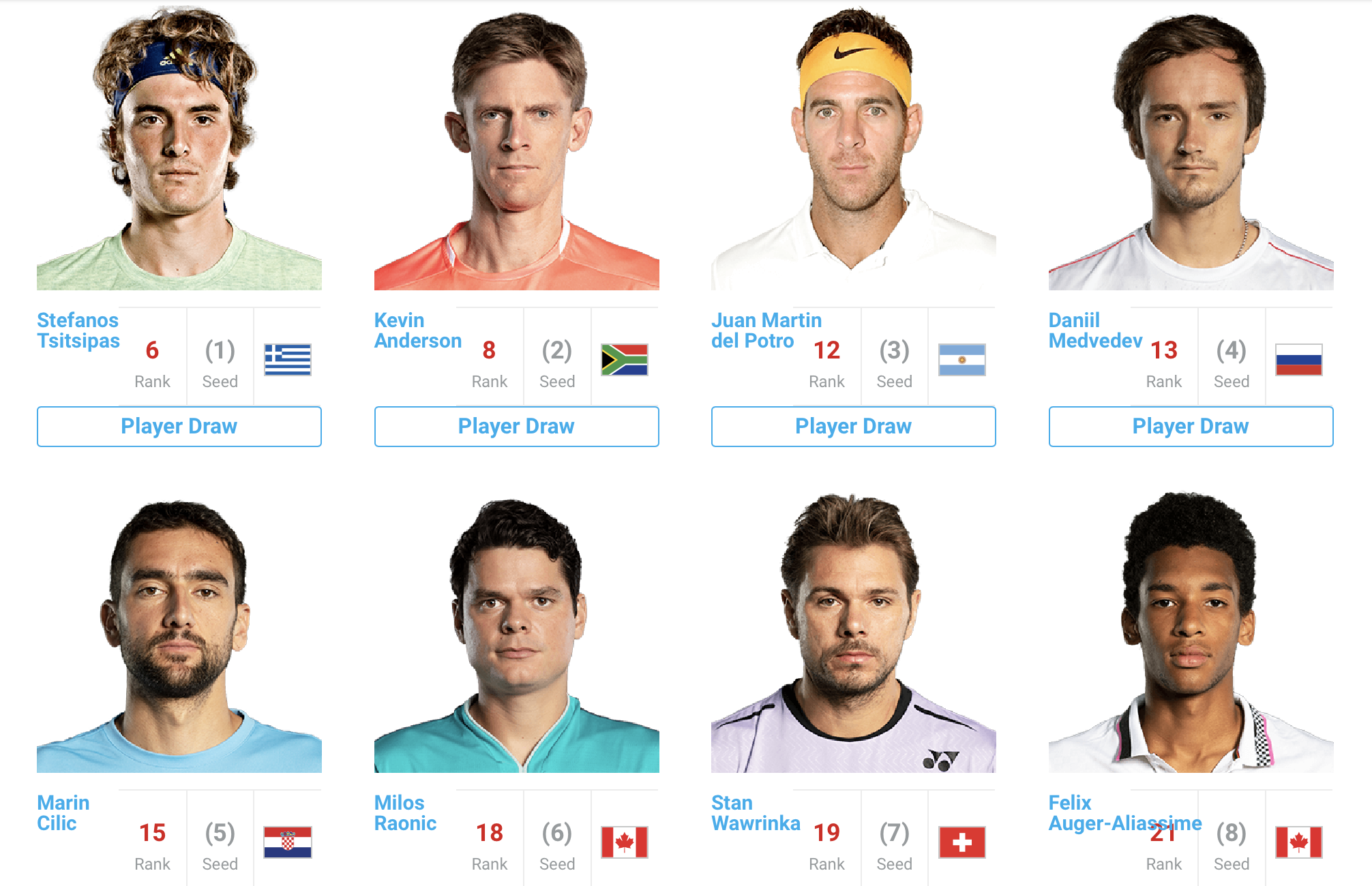 As you can see from the graphic above, there’s plenty of top-end talent taking to the courts at the Queen’s Club Championships this week. However, you may also notice that none of the big three (Roger Federer, Novak Djokovic, Rafael Nadal) will be participating, which obviously opens the door for someone from the next tier of players to earn themselves some big money and ranking points.

In terms of genuine contenders, we believe there are four that you should be looking at. You’ve got the three veteran players that have proven they can win on the big stage in Kevin Anderson, Juan Martin Del Potro, and Marin Cilic, then you’ve got the young stud in Stefanos Tsitsipas. All four guys are priced around the +800 mark at most major bookmakers, which shows just how open this event is this year.

Obviously there are some other guys that have the potential to be right in the mix when the whips are cracking, namely Stan Wawrinka and Milos Raonic, but these type of guys are far riskier plays due to their lack of either form or fitness, or in some cases, both.

It’s a really open field this year with plenty of young stars mixed in with some old veterans. You can tell just by looking at the betting markets that there isn’t just one guy that everyone expects to do well, as four or five guys actually share joint favouritism. However, we do give a slight advantage to Marin Cilic over the rest of the field. He’s a 2x champion and 2x runner up at Queen’s, as well as the defending champion. And while he didn’t set the world on fire during the clay court season, you can expect his level to lift immensely when he steps on that green grass.