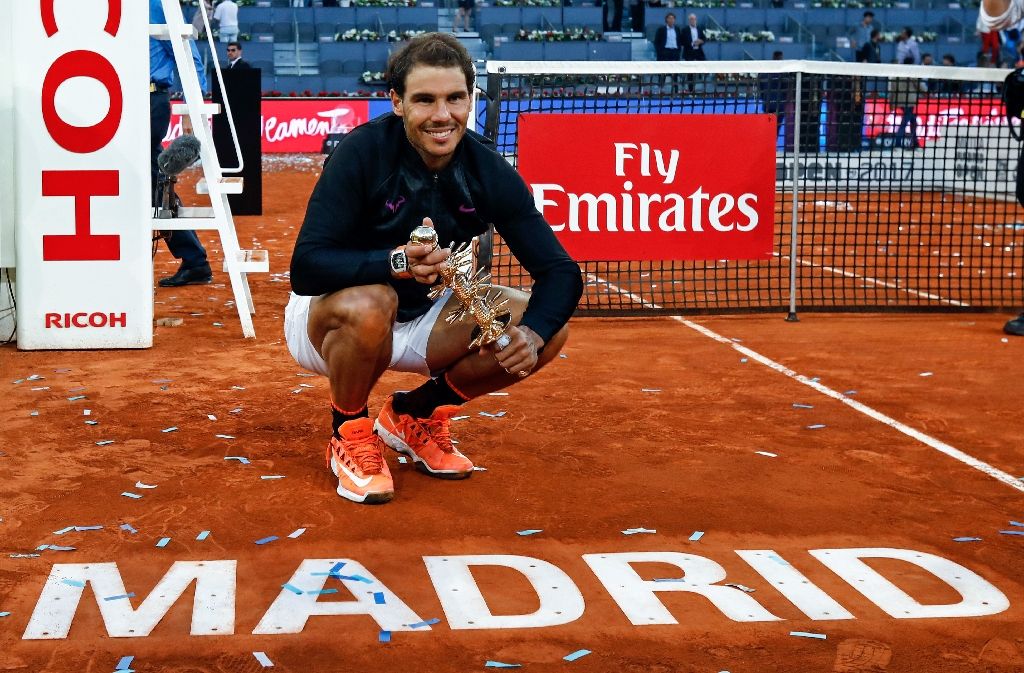 Last week’s ATP Tour event saw a surprise winner in Christian Garin take out his first career ATP level title. Our pick for the event was Alexander Zverev, who had won the previous two editions on home soil and was looking to become the first player to win three on the spin. However, he lost to the eventual champion in Garin in the quarterfinals to the disappointing of us and our followers. It wasn’t the result he’d hoped for but it’s still been a magnificent 2019 season thus far with plenty of tournaments still to come!

With the Munich Open now done and dusted, we shift our focus to this week’s major ATP event which is the Mutua Madrid Open in Madrid, Spain. This is a highly prestigious event worth 1000 ATP ranking points for the winner and is the fourth of eight Masters 1000 events in the calendar year. As always, we’ve analysed the draw front to back to bring you a comprehensive preview and our best pick to take out the event. Good luck to everyone following along this week!

The Madrid Masters is played by both men and women and is part of their ATP/WTA Tour’s, respectively. Due to sponsorship, the event is currently known as the Mutua Madrid Open and it has one of the largest purses in the 2019 Tour. It has been held every year since its inception in 2002 where it was won by American champion Andre Agassi. The Madrid Open was held on clay courts for its first seven years on tour, although in 2009 it was changed to the clay court surface that it remains on to this day. Spanish superstar Rafael Nadal holds the record for most titles with five, although German young gun Alexander Zverev is the man looking to defend his 2018 title and ranking points.

This year’s event features a 56-strong field in the men’s section. Being the six round event that it is means the top eight seeded men will be awarded automatic entry into the second round. For reference, the top eight seeds in this year’s tournament are:

There’s no surprise that Rafael Nadal comes in as favourite to win here for the sixth time. He hasn’t exactly been in his best form but we all know he’s more than capable of a deep run here even at 80%. He’s also got the added motivation of playing in front of a lot of friends and family, being his home event in Madrid.

It wouldn’t be right to talk about contenders for a Masters 1000 event without mentioning Novak Djokovic and Roger Federer. This duo are undoubtedly two of the best players of all time but we can’t see either of them winning the title this season. Novak has struggled in recent events and will come up against plenty of clay court specialists in his draw, while Roger is resuming from a long spell and has a lot of question marks on his ability to play on clay at the tender age of 37.

Two of the new age stars in Alexander Zverev and Dominic Thiem are definite winning chance at this event. The former is the defending champion here after a stellar 2018 run, while the latter has been the runner up for consecutive years and will be looking to jump over the final hurdle this time around.

The three top favourites to win the title are Nadal, Djokovic, and Thiem. It’s hard to see Djokovic winning here on current form and he still has a few question marks over his fitness. Thiem is a definite threat if he brings his A-game, however we have to go with Rafael Nadal to win his sixth title on home soil. He may have had a few bizarre losses in recent events but that could turn out to be a blessing in disguise with the extra rest. All things considered, Rafa is our top pick at Madrid.

If you’re looking for a bit more value, then we see Stefanos Tsitsipas, Fabio Fognini, and Borna Coric as all being well over the odds. All three can challenge and even beat the top three on their day, and all three are more than capable of making deep runs here, especially with a few of the superstars being in questionable form.