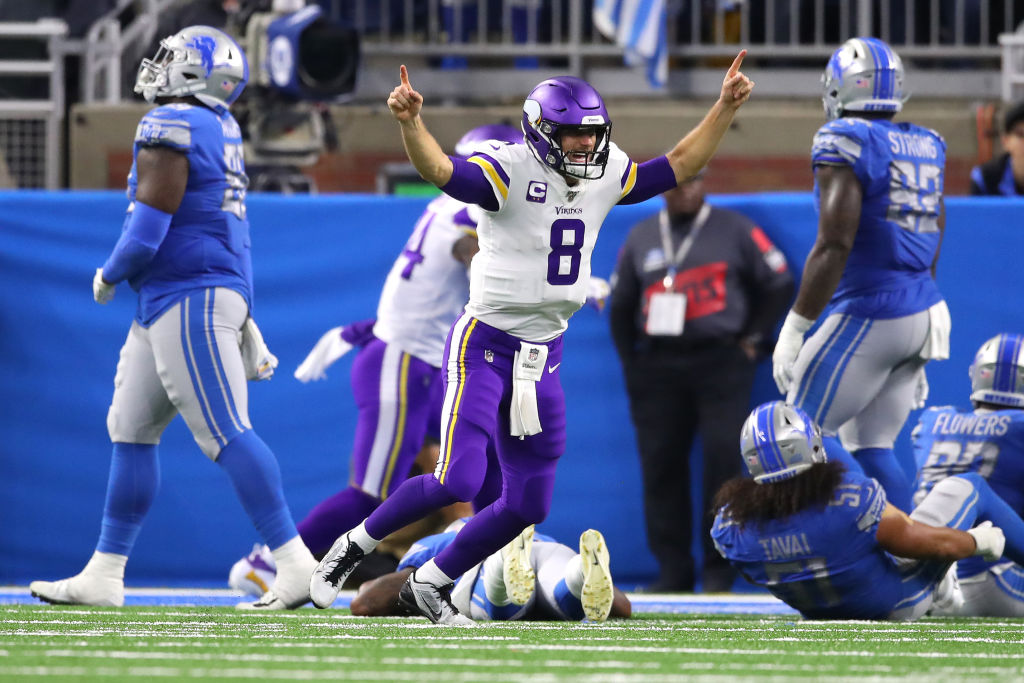 The Minnesota Vikings will host the Washington Redskins on Thursday Night Football to get Week 8 of the NFL season underway! As usual, we have a full preview and betting tips for the standalone fixture and we’ll be looking to get Week 8 off to a winning start.

Check out our season record here or continue reading for our Thursday night picks for the Redskins-Vikings clash.

It’ll be a tale of two polar opposites on Thursday night in Week 8 as the 5-2 Minnesota Vikings host the 1-6 Washington Redskins. The Vikings will be desperate to capitalize on a easy match-up here before two tough back to back road games in Kansas City and Dallas.

The Vikings captured a fantastic win in Week 7 as they downed the Lions on the road by 12 points. While it was the Minnesota defense that was getting the job done in the early parts of the season, it’s been the offense that has dominated over the last three weeks.

The Vikings have put up 36 points per game over their last three games, all wins. Starting quarterback Kirk Cousins currently leads the league in passer rating at 114.3 and has put up 10 touchdowns and just 1 interception over the last three games.

Star running back Dalvin Cook has also been lights out this season and currently leads the league in rushing yards per game at 103.6 and rushing touchdowns with eight through seven games.

On the other end of the spectrum offensively is the Redskins. Washington average just 12.9 points per game through the opening seven weeks of play, the third worst mark in the league. They have scored over 20 points on just two occasions this year and were shut out by the 49ers in Week 7, losing 9-0.

Not only has starting quarterback Case Keenum been extremely underwhelming, but the Redskins lack any real weapons at the skill positions, with the likes of Terry McLaurin, Paul Richardson and a battered Adrian Peterson getting most of the offensive touches.

The Redskins are middle of the road when it comes to defensive stats, however, we think that is largely due to the fact that teams get out to a double digit lead early and then run the clock with a heavy rush game in the second half.

Tough to see this going any other way than a Vikings blowout here. While we don’t expect their offence to be AS dynamic as we’ve seen over the last few weeks on a short break, they should still put up 25+ against a lackluster Redskins team here.