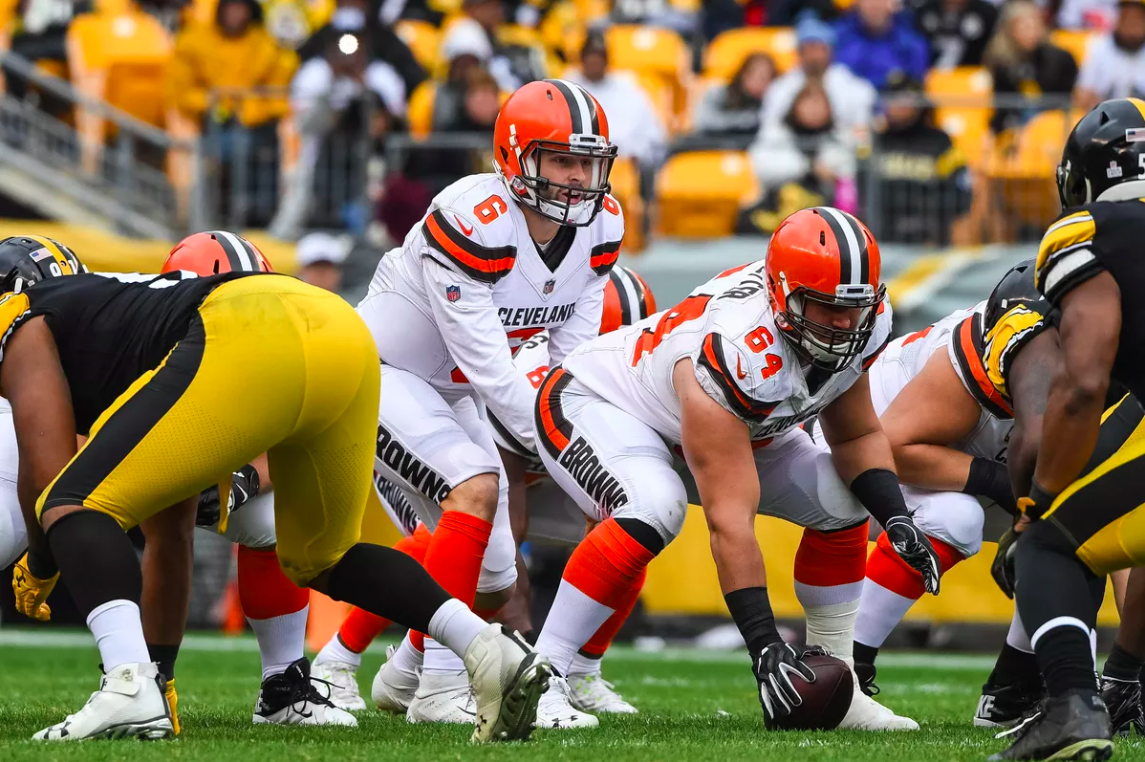 The AFC North title this season looks destined to head to Baltimore but there is still plenty on the line this Thursday night as the Cleveland Browns host the Pittsburgh Steelers from 8.20pm. Both can still challenge for a wildcard spot in the AFC East, and both are coming off good wins in Week 10.

We have a full preview and betting picks for the Thursday night fixture between the Browns and Steelers below!

It should be an interesting AFC North clash this Thursday night as the Browns attempt to put a stop to a run of dominance by the Steelers that has stretched back to 2016. In that time, the Steelersare undefeated in their last eight games against their divisional rivals, but the Browns will start as favourites at home in Week 11.

The Steelers won their fourth game in a row in Week 10, beating out the Rams by five points at home in a defensive slugfest. They’ll be on the roar on the short break on Thursday night, which will mark just the fourth road game they have played this year. They currently have a 1-2 record on the road and are 2-1 against the spread.

The Pittsburgh defense has really stepped up since losing their first three games in a row. Since then, they have won five our of six and kept their opponents to just 18.5 points per game in those five wins. Recruit Minkah Fitzpatrick, who the Steelers acquired from the Dolphins in Week 3, has been fantastic, racking up five interceptions through seven games.

The Steelers still have some work to do on offense under stand-in quarterback Mason Rudolph. They are yet to score over 30 points this season and the 24-year-old averages just 190 passing yards per game.

It’s hard to love the Browns after losing four games in a row from weeks 5 to 9. They bounced back in Week 10, however, defeating the Bills at home to climb to 3-6 on the season. The Browns defence was solid in their win, keeping the Bills to just 16 points.

The Browns were absolutely smashed by the scheduling gods this year, so we aren’t as out on them as many critics are. In six weeks, they faced the Rams, Ravens, Patriots, 49ers, Seahawks and travelled to Denver to take on the Broncos. That’s without doubt the hardest six week stretch any team has had to face this season.

I have no doubt that the Browns still have plenty to give, especially given their run home. They play the Steelers and Bengals twice each as well as the Cardinals and Dolphins, which could easily be six wins. Wouldn’t be writing the Browns out of the playoffs just yet.

The Steelers have enjoyed a dominant run over the Browns in their last eight matchups, winning seven of those games by an average margin of just over 12 points with the other game finishing in a tie. We are going against that trend this week, however, and taking the Browns as home favourites.

After playing six of the toughest matchups in football back to back, we think the Browns have plenty more to give, and they showed that against what was a strong 6-2 Bills side in Week 10.