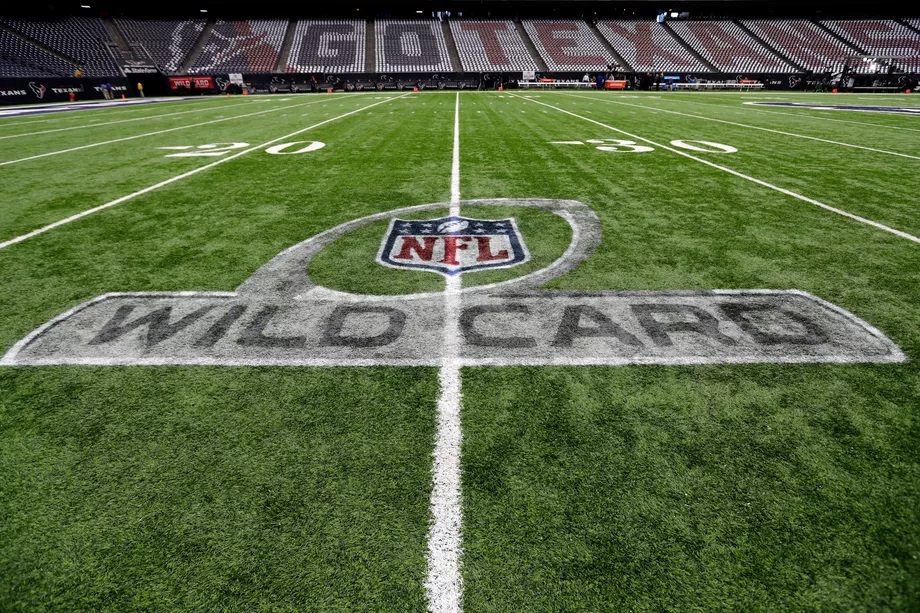 The conclusion of the 2019-20 NFL regular season has left us with four mouthwatering matchups in the Wildcard Round of the playoffs! The action gets underway on Saturday with two big AFC games and continues on Sunday with the NFC matchups.

We finished the regular season with a 128-117-6 record overall and a 10-7 record in our locks of the week. While there is plenty of room for improvement, we will look to continue our winning form as we head into the first week of playoffs!

The Texans will enter their Wildcard matchup with the Bills as slight favourites after finishing the season in a it of a flurry. They won four of their last six games, including good wins over the likes of the Patriots and Titans to secure the 4th seed in the AFC. DeShaun Watson was fantastic in his third year in the league, passing for 256.8 yards per game and racking up 26 touchdown passes.

While it has been the offense of the Texans that has been getting the job done for the majority of the year, for the Bills, it has been all defense. They have had one of the best defenses in the league this season, allowing just 16.2 points per game, which is the second best number in the league behind only the New England Patriots.

Always tough to find a winner when a good offense comes up against a good defense in the playoffs. In this scenario, we tend to favour the better quarterback, which the Texans most certainly have. The Texans also have the home field advantage against a quarterback with zero playoff experience.

What a roller-coaster month its been for the New England Patriots. After startign the season with an 11-1 record, the Patriots have lost four of their last six games including a shock loss at home to the Miami Dolphins in Week 17. The loss to the Dolphins dropped the them out of the top two seeds in the AFC Playoff picture, which is just the fourth time in 17 Brady-Belichick playoff campaigns where they have had to play in the Wildcard Round.

On the contrary, the Titans will be extremely pleased to have made it into the playoffs for just the second time this decade. They played the Patriots in their last playoff game back in 2017 when they travelled to Gillette Stadium and went down by 21 points. The Titans avenged that loss in Week 10 last season when they shocked the Patriots by 24 points at home, winning 34-10.

Titans rushing back Derrick Henry will be a massive concern for the Patriots this week. The big bodied back lead the league in rushing this season with 1540 yards and 16 touchdowns and as good as the Patriots have been on defense this season, they have shown a tendancy to get punished by the run.

The Ravens rushed for 210 yards in their 17 point win over the Pats in Week 9, which the Titans will surely take plenty out of while Tom Brady has limited weapons in the pass game at the moment. All of this has us thinking that this thinking this could be another run heavy game on both sides of the ball. Back the under here. 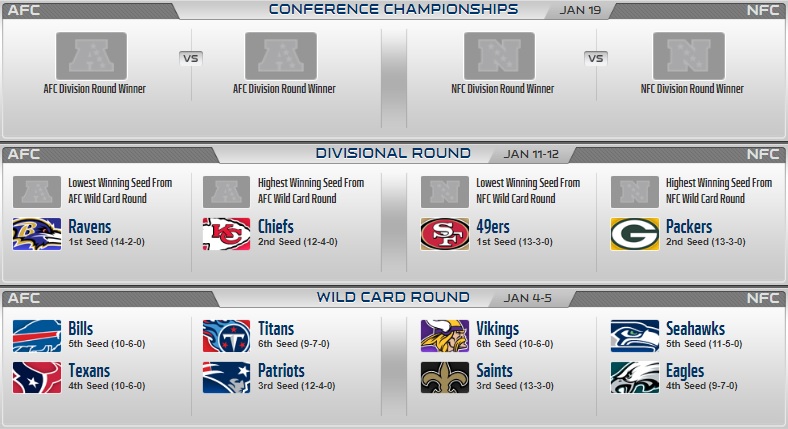 The Saints enter the 2020 playoffs as one of the more threatening teams involved in the Wildcard Round. They finished the season with a 13-3 record and a dominant 6-2 record at the Mercedes-Benz Superdome, which is where they will be for their matchup against the Vikings on Sunday. when the Saints win, they generally win big, and they have managed to maintain an 11-5 record against the spread this season, which is the best in the entire league.

The Vikings are just 9-7 against the spread this year and just 4-4 on the road. They were right in the mix for a home playoff game before tough losses to NFC North opponents in the Packers and Bears over the last two weeks of the regular season saw them bounced to the 6th seed. Kirk Cousins is still largely unproven in the playoffs, maintaining an 0-2 record in his career and he could be a liability come Sunday.

One player that is definitely proven in the playoffs is Drew Brees. The Saints quarterback has an 8-7 record across 15 playoff games and in Wildcard games, he is 3-2 with a 104.9 quarterback rating and a 10-4 TC/Int ratio. Tough to look past the Saints at home, they have been one of the most dynamic offenses throughout the season and have put up 40 points per game over their last four. Struggle to see how Cousins and the Vikings offense keep up with them here, especially with Dalvin Cook still battling some injuries.

Luckily for the participating teams and somewhat unluckily for neutral football fans, we are forced to endure an NFC East team in the playoffs this season and the Philadelphia Eagles were what the division spat out at the end of 17 weeks of play. The Eagles finished the season with a 9-7 record and will host the 11-5 Seahawks in the opening week of the post-season.

Philadelphia finished the season in a flurry, winning their last four games on the trot and covering the spread in three of them. We aren’t taking much out of those games, however, as they all came against NFC East opponents in the Giants x2, the Cowboys and the Redskins. In fact, just two of their nine wins in the regular season were against teams with winning records, when they defeated the Packers and Bills in the first half of the season.

Not reading into the four game winning streak at all here. Philadelphia are a bad team with an unproven quarterback while the Seahawks managed to finish 11-5 this season in arguably the hardest division in football and they even beat the Eagles back in Week 12 by eight points. Seahawks all day here and twice on Sundays.