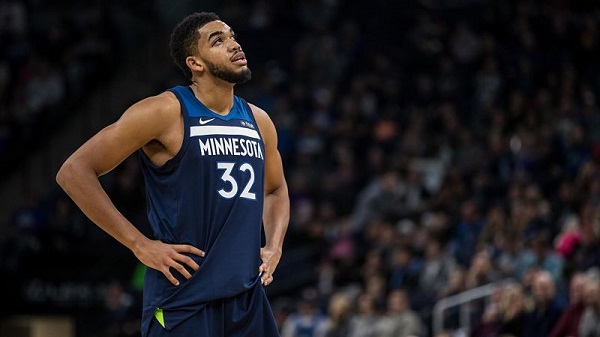 The night before Thanksgiving means the heaviest slate of the year, as all but two teams will be in action tonight on a giant fourteen-gamer.

These are not the San Antonio Spurs you have become accustomed to.

The Spurs of this season have only a 6-12 record thus far, are the losers of nine of their last ten games and are third-last in the Western Conference, ahead of only the Memphis Grizzlies and the injury-decimated Golden State Warriors. They have given up 100 points in every game this season, including over 130 twice, despite being only middle of the pack for pace. Ranking fourth-last in the league in defensive rating, the Spurs force no turnovers, regularly give up the three-point line and do not protect the rim particularly well either.

Tonight, they will go up against an improved if far from dominant Minnesota Timberwolves team that is 9-8 on the season, provisionally ranked seventh in the West. Of their eight losses, six have come against the Philadelphia 76ers, Milwaukee Bucks, Houston Rockets, Denver Nuggets, Utah Jazz and Phoenix Suns – that is to say, six of the NBA’s best teams. They also are a very impressive 6-2 on the road so far this season.

Measured by efficiency, the Timberwolves are one of the worst three-point shooting teams in the NBA, hitting the third-worst mark in the league of only 31.7%. Karl-Anthony towns is their leader in this category by miles; without him, it has been a sorry state of affairs from the wing and backcourt positions. But when measured by volume, the Wolves are amongst the league’s three-point shooting leaders, ranking fourth in three-point rate at 42,4% (i.e. the percentage of the overall field goal attempts that are taken from outside).

The Wolves came into this season pledging to play play much more pace and space basketball than ever before, running lots of five-out line-ups and empowering Towns in particular to cast up from three, using the defensive attention he draws to kick the ball all over the court. Anomalously poor shooting by the likes of Jeff Teague, Shabazz Napier and Treveon Graham have seen the strategy not entirely pay dividends so far – many of the same players responsible for the significant defensive improvements are also the poor shooters costing them offensively. But a night against one of the worst three-point defences in the league could soon change that.

All these things in combination make it very surprising that the money lines all over the market favour San Antonio tonight. I don’t.

These are not the Phoenix Suns of recent seasons, either. This year’s team has much more enthusiasm and fight about it, not quitting on the court, playing with an urgency not seen over the moribund last few years. And they also have more talent.

They have however been exposed as being very thin during the recent stretch of games in which starting point guard Ricky Rubio has been out with back spasms. Without him, creation and ball-handling duties have fallen onto Devin Booker, and he should be the one having shots created for. The Suns have lost four of their last five, also missing Deandre Ayton due to suspension and early-thirties breakout star Aron Baynes due to injury. And while Rubio is expected to return tonight, he returned once before and looked distinctly hobbled.

The Wizards are highly unfavoured to win this game, as evidenced by the money line. They have one of the worst defences in the NBA, particularly weak at both point guard and centre, perhaps the two most vital defensive positions. They can however absolutely gun the ball, ranking fifth in the NBA in pace, second in offensive rating and fourth in effective field goal percentage. A Suns team that does not offensive rebound may find itself often on its heels against a Wizards team that likes to get the ball and go. And so while Phoenix are expected to win this game, it might not be as one-sided as the money line suggests.