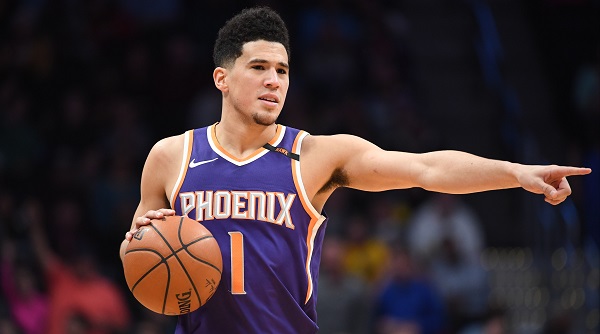 After a big slate yesterday, a short four-gamer tonight sees some of the lesser lights get our attention.

With Thomas Bryant having been ruled out for the next three weeks due to injury, the Wizards are now without any centres at all. Ian Mahinmi has missed the entire season thus far through an Achilles injury and is still not ready to return, and breakout sophomore Moritz Wagner is also out for the next little while. As a result, the team now has literally no five-spot players remaining, and the way the roster was assembled this season was with an excess of guards and wings, with little attention paid to the power forward and centre spots. There are therefore not even many options at forward who can slide down.

Considering that the Wizards will tonight be going up against a Philadelphia 76ers team featuring the starting frontcourt pairing of Joel Embiid and Al Horford, this will be impossible to overcome unless the Wizards can keep the turnovers down and somehow hit about 95 three-pointers. Considering that the 76ers give up the fewest three-pointers of any team in the league and also rank first overall in the NBA in rebounding rate, going up against a Wizards team that was stone cold last in this category even when they had centres, and it could well be a mauling up front.

That said, the significant shortage of other options will benefit Hachimura in particular. A starter of every game this season, he got the start as the de facto centre in the last game, and as one of the the young pieces that the team is looking to develop in this otherwise wasted year, he gets big minutes as long as he stays out of foul trouble. This is true whether or not the team is being competitive or being drubbed on any given night; no one else needs the development minutes on the court more than he.

Hachimura will almost certainly start again in the front court tonight, then, and so if he can stay out of foul trouble, he should get plenty of opportunities to score on the court. After all, someone will have to.

Still missing Zion Williamson, the Pelicans have only a 6-15 record on the season to date, and are giving up plenty of points as a matter of routine. They rank fourth in the NBA in pace, yes only 24th in defensive rating; they have given up at least 100 points in every game that far this season, and only six times have they held opponents to fewer than 110, less than the amount of times they have given up at least 125.

With this in mind, even though the Suns will come into the game having lost their early season form, they have an opportunity to put in plenty of points here. Further bolstering the candidacy of Booker as an individual is the fact that, with Deandre Ayton still suspended and Aron Baynes still out through injury, whatever offence they generate will have to come through the back court positions. As the primary scorer, then, going up against the weakened Pelicans defence, Booker could have a good one.