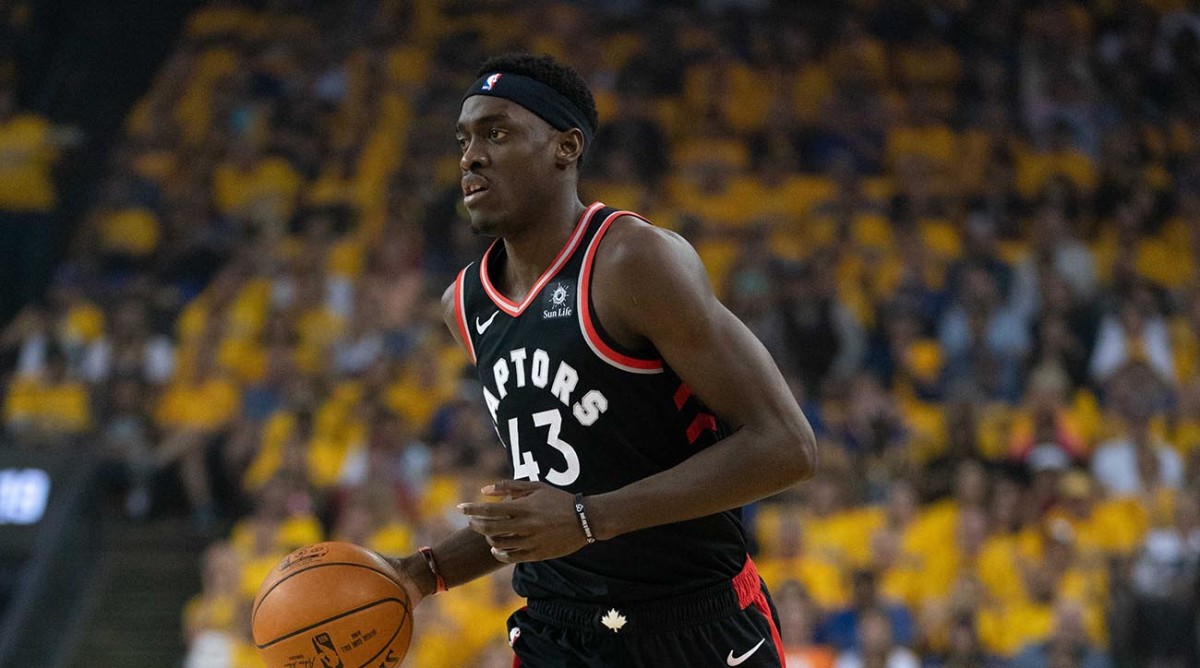 Bigger than most Thursdays, tonight’s NBA slate is a six-gamer.

Hindered by the continued struggles offensively this season of Gary Harris – who has been far from at his best for the best part of two years now – the Denver Nuggets are not as good offensively as it was assumed they would be considering their strength in depth and the quality of the Nikola Jokic/Jamal Murray two-man game. They are ranked only twelfth in the NBA on the season in offensive rating, anchored in particular by a lack of outside shooting; they are merely twentieth in the league in three-point percentage, and have only the sixth-fewest makes. Playing at the second-slowest place in the league as well, in what is universally regarded as the pace-and-space era, Denver are behind the curve in both assets.

What they therefore need is a player who can chime with the team’s wider defining principles on offensive rebounding and minimal-dribbles around the play of Jokic, and also hit a few shots from long range, especially from the frontcourt that most needs to offer the spacing threat alongside the Serbian so as to not clog the paint for him. And with that in mind, the growth of Michael Porter Jr over the last month has been most welcome.

Porter began this season on the very edge of the rotation, and indeed not even in it at all for some stretches. He has however become a significant minute recipient over the course of the last month, because of the sweet quality of his shooting. Porter has posted in double figures in scoring in seven of the last eight games that he has played, three of which have been double-doubles; his height, unblockable release and good offensive discipline for one so inexperienced (having played only 53 minutes in his entire college career and missing his rookie campaign by design so as to work on a long-standing back problem) have seen him blend seamlessly into what Denver are trying to do do do.

Of those seven double-digit performances, the Nuggets won six, with good wins over the L.A. Clippers and Houston Rockets in amongst that. Whereas most of their rivals in the top half of the Western Conference will be hitting up the trade market so as to improve their chances of making the NBA Finals this season, Denver just got their own big reinforcement from within, and they need him to get reps now (especially defensively) so as to be best prepared for April and beyond. Porter, then, should play a good share of the minutes tonight.

Half of this double should be a cinch.

There seems little doubt that the Raptors will win tonight’s game against the Cavaliers – Toronto are one of the very best teams in the league, and Cleveland are one of the worst. The Cavaliers are also not improving, either, battling myriad injuries to the players they are supposed to be developing, fighting against internal conflict (as evidenced by Kevin Love acting out of turn a couple of weeks ago), and probably about to change half their roster due to the trade deadline and the ensuing buyout season. They won’t win.

Moreover, they won’t defend. The Cavaliers have the second-worst defensive rating in the league, and while the pairing of Love and Tristan Thompson sees them clear the defensive rebounds quite well, it is the only defensive area in which they shine. They do not force turnovers, they commit a lot of them going the other way, they do not close out to the three-point line, and they are routinely susceptible in transition.

What they therefore absolutely do not need to go up against is an athletic power forward who can take Love to any area of the court, run in transition, win possessions with his length and perimeter defence and also get some shots away from outside. Siakam, then, is a terrible match-up for the Cavaliers; as an all Star calibre player, he is a difficult match-up for anybody, yet he should feast tonight on a stagnant Cavaliers frontcourt.

The main argument against this double is the possibility that Toronto will win by so much that there is enough garbage time for Siakam – who would barely if at all play in the fourth quarter of a blowout win – will miss the mark that way. On the flip side, though, with Marc Gasol, Rondae Hollis-Jefferson and Dewan Hernandez all out tonight due to injury, the Raptors do not have many big men available to play anyway.