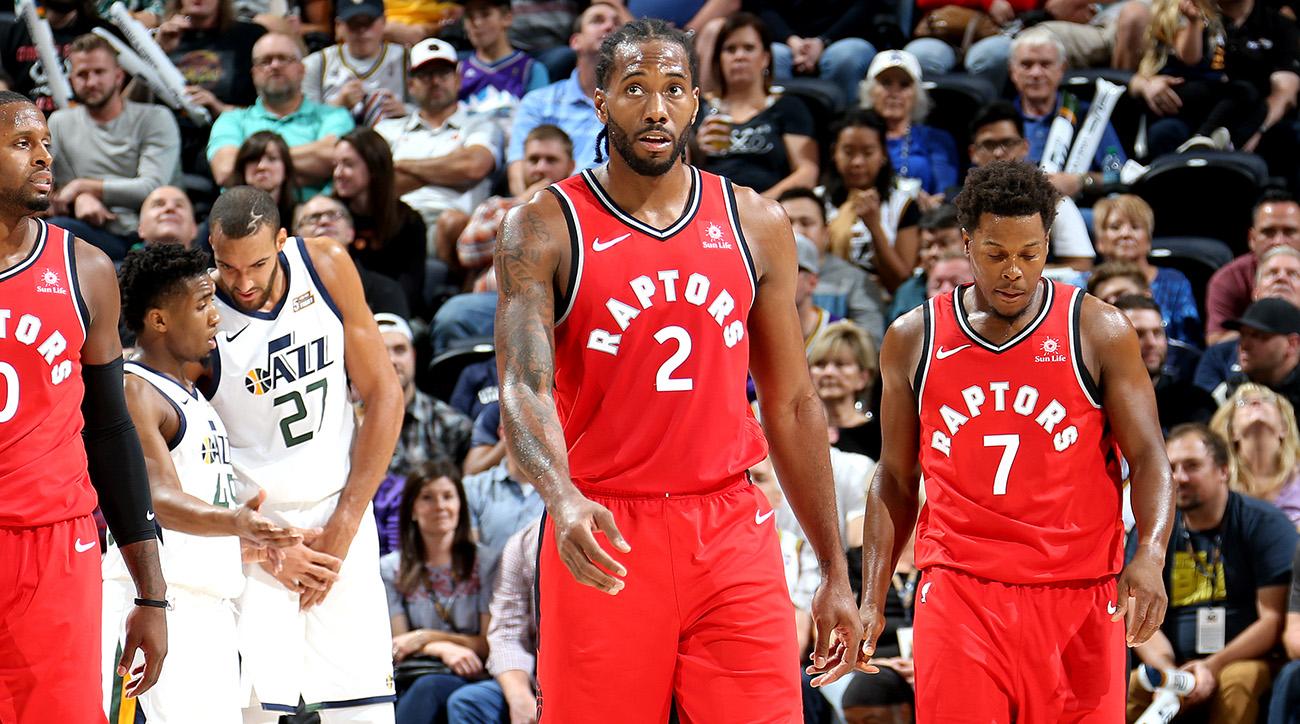 2018-19 Preview
The Raptors finished with the best record in the Eastern Conference last season but their year once again ended in a disappointing playoff loss to LeBron James and the Cleveland Cavaliers. The result in 2017-18 forced the Raptors to fire coach Dwane Casey and trade away their best player in DeMar DeRozan to the San Antonio Spurs.

In return, the Raptors will be taking a gamble on maligned forward Kawhi Leonard, who played just 12 games in the 2017-18 season and made it publicly known that he will not sign a contract extension with anyone other than the Los Angeles Lakers. It was a big risk for the Raptors to trade away DeRozan, especially after LeBron James had just left the Eastern Conference and their road to the finals became much easier. DeRozan was a genuine MVP contender last season, averaging over 23 points and 5 assists per game in the regular season.

However, even if Kawhi Leonard is only around for one season, if he can bounce back from injury and play at a similar level to that which won him the defensive player of the year in 2015 and 2016, then the Raptors should be a much-improved squad. Not only did they add Kawhi, but three and d specialist Danny Green also came over in the trade. Both players address a serious need that the Raptors have had over the past few seasons, reliable shooters and wing defenders.

The Spurs also added Greg Monroe, who should be a valuable big off the bench on the offensive end. With Jonas Valanciunas, Serge Ibaka and Greg Monroe the Raptors have a solid big man rotation that is pretty flexible and they still possess one of the best benches in the league.

CJ Miles, OG Anunoby, Fred VanVleet, Delon Wright, Norman Powell and Pascal Siakam formed the most efficient bench in the league last season and should carry the Raptors to a high finish in the Eastern Conference once again. 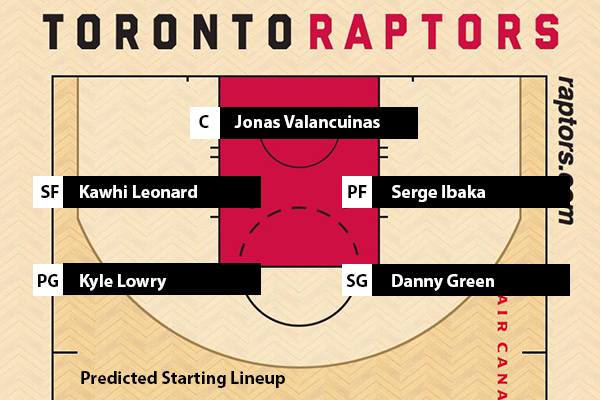 What to Expect?
Hard to get a read on the mental state that Kawhi Leonard is in heading into the season with the Raptors. He clearly wasn’t thrilled with the move over the one he preferred to the Lakers, but if Toronto can turn his state of mind around to one where he is happy to be there and giving basketball his full attention on a nightly basis, they will no doubt be a contender in the Eastern Conference.

Although injury was the public reason that Kawhi played only 12 games last season, we think there was much more to the story than was divulged. We aren’t as worried about a Kawhi repeat injury this season, as in the two prior seasons the forward racked up 72 and 74 games respectively.

Green and Monroe are also really underrated pickups. Both have been on teams that have made deep playoffs run and Green in particular knows what it takes to win an NBA Championship. He adds valuable three-point shooting at the SG position, which is much more conducive to the Raptors style of play than that of DeMar DeRozan who slowed up the ball in the post.

We can’t wait to see Kawhi Leonard running rampant with the run and gun second unit of VanVleet, Annunoby, Miles and Siakam and it will also be the first time in a while that the forward has played with an elite level ball handler in Kyle Lowry.

Leonard should be able to spend much more time off the ball to focus on his shooting and game changing defence. We think providing his mind and body are right, the Raptors get better this season. 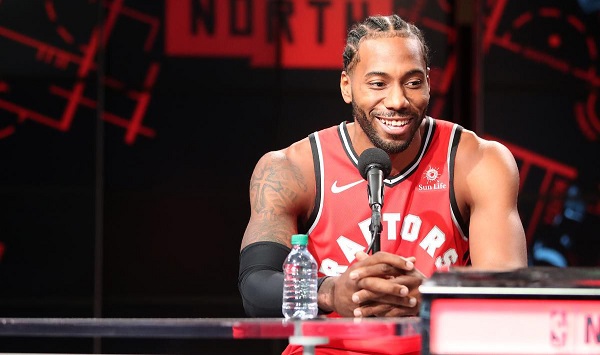 Key Player: Kawhi Leonard
How could the key player for the Raptors not be Kawhi Leonard. Every aspect of Toronto’s 2018-19 season and their future hinges on the mental state of the 2xDPOY this season. If he enjoys his time in Toronto and doesn’t get injured, the Raptors will be playing off in the Eastern Conference finals and have a chance at signing him to a deal. If he goes the opposite way, the Raptors will likely struggle to finish in the top four of the East and they’ll lose him in free agency.

At his best, Leonard is no doubt a top five player in the league. His ability to control an offence flourished in his last full season in San Antonio and we haven’t seen a perimeter defender on his level since Shane Battier was at his very best. We would go as far as to say no franchise hinges more on one player this season.

Vegas 2018-19 Win Total
Early press conferences and other media suggest that Kawhi is looking happy and healthy in Toronto. So we are going to make this prediction based on him playing 60+ games and giving his best effort on a nightly basis.

The Raptors finished 1st in the Eastern Conference last season with 59 wins and while we think they drop down to second behind the Celtics this year, we still expect them to clear their line of 54.5 games.