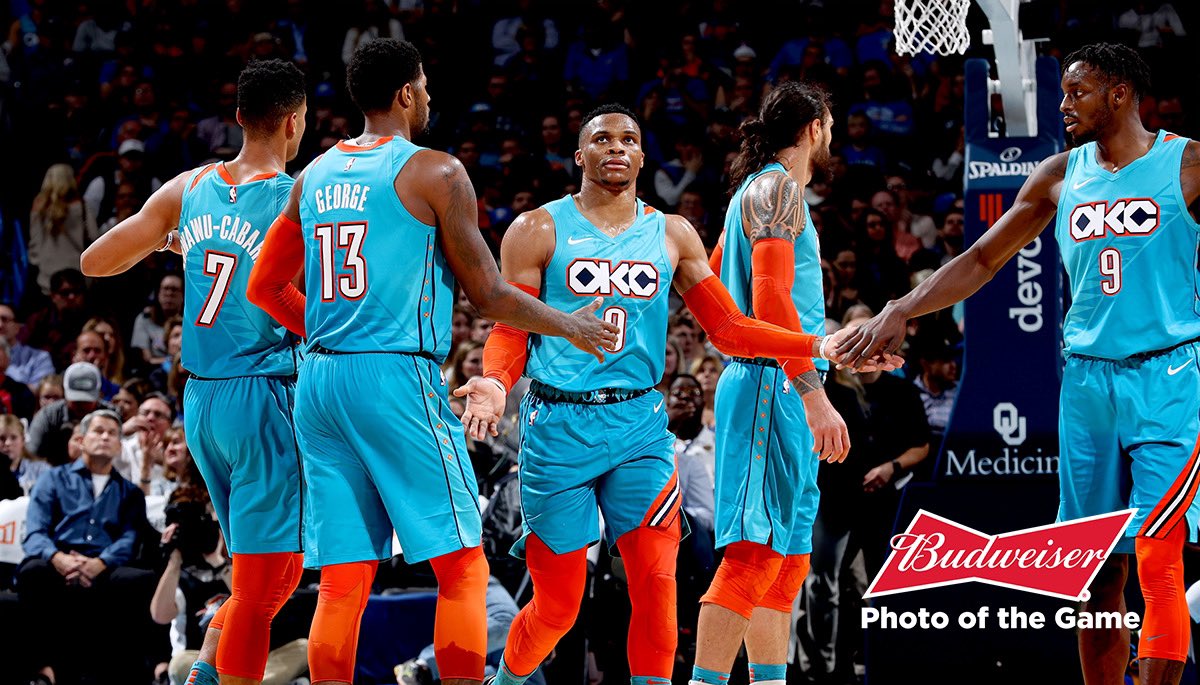 2018-19 Preview
Last season didn’t go at all to plan for the ‘big 3’ in Oklahoma City with Russell Westbrook, Paul George and Carmelo Anthony failing to make it past the first round in the Western Conference playoffs.

They’ve decided to shake things up again in the off-season with a whole host of changes being made to the Thunder team that will again be coached by Billy Donovan in the 2018-19 season.

The most influential player added to the squad this year is Dennis Schroder, who’s coming over from the Atlanta Hawks where he played his first 5 years in the league. 25-year-old Schroder had a career year in 2017-18, averaging 19.4 points and 6.2 assists over 67 games.

Aside from Schroder, the only other notable addition is Nerlens Noel. The 6’11 centre out of Kentucky has struggled to find his place in the league since being taken with pick 6 by the 76ers in the 2013 draft. Both he and the Thunder will be hoping that a change of scenery and a new opportunity can kickstart his once highly promising career.

Then of course, there’s the departure of 10x all-star Carmelo Anthony. His 1-year of being the third option on a Russell Westbrook led offence just simply didn’t work out. Anthony has taken his talents to Houston in another attempt of forming a ‘big 3’. 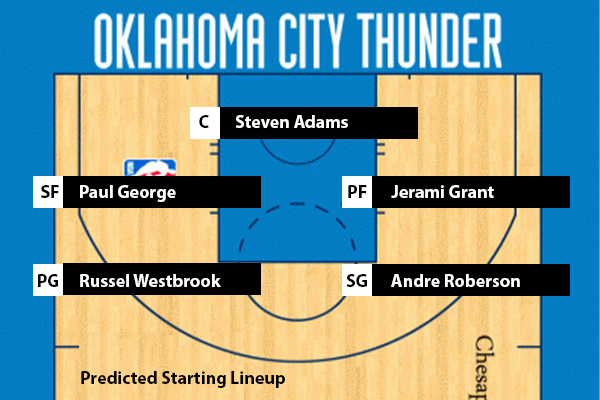 What to Expect?
We’re predicting bigger things for Russell Westbrook and the Thunder this season. A lot of ‘experts’ saw last season as a failure considering they had 3 all-stars in their starting line-up and got trounced in the first round of the playoffs. However, we prefer to be a little bit more optimistic when reflecting back to Thunder’s 2017-18 campaign, due to a number of reasons that we’re about to delve into.Firstly, Andre Roberson, who is arguably the best perimeter defender in the league, missed most of the season through injury. By all reports he’s back to full fitness and will be ready to go day one. Let’s just hope he’s worked on his jumper..

Secondly, Westbrook and George now have a year experience of playing together. You can expect they’ll be better suited to each other’s games this season.

Finally, Carmelo Anthony is out of the side. He just couldn’t get his game going as a third option on offence and wasn’t ready to sacrifice for the betterment of the team.

We’re also quite fond of the Dennis Schroder acquisition. He’s a terrific point guard and will provide great minutes in the second unit, or even the starting unit, depending on Coach Donovan’s plans. 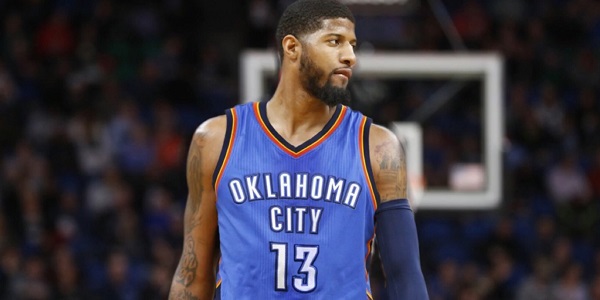 Key player: Paul George
As mentioned above, George now has a year of playing alongside Westbrook under his belt. 2017-18 was a tough year for George, who built a reputation as one of the premier two-way players in the league during his time with the Pacers.

In our opinion, George is the man with the ability to elevate the Thunder to elite status and contend with the likes of the Warriors, Rockets and Celtics. You know what you’re going to get from Westbrook night in and night out. Now it’s time for PG13 to join the party.

Vegas 2018-19 Win Total
We’re quite bullish on Thunder’s chances of eclipsing the 50-win barrier this season. They now have the squad depth to deal with the inevitable injuries that all teams endure throughout the course of an 82-game season, as well as the star power to go toe-to-toe with the powerhouse teams in the league.

We expect the Thunder to win anywhere between 52-57 games this season and push for a top 2 spot in the West.