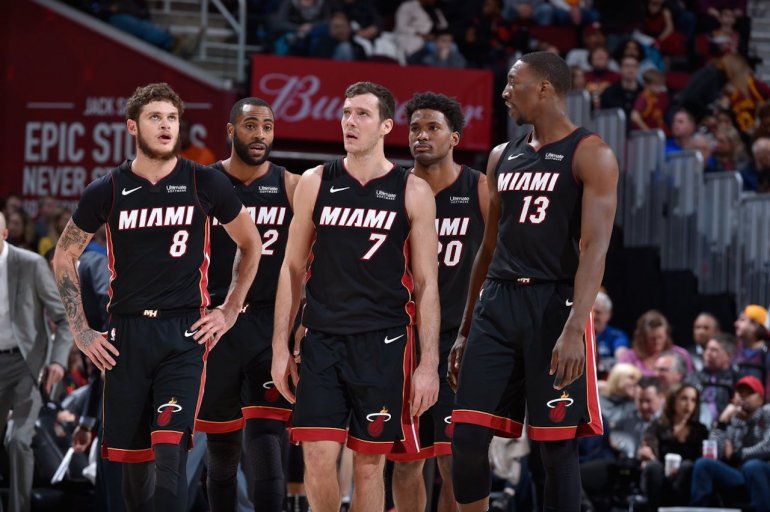 2018-19 Preview
Amazingly, the Miami Heat will go into the 2018-19 season with exactly the same roster as the one they finished the season with earlier this year. They had previously traded away both of their draft picks in and chose not to sign anyone in free agency, opting to stick with their young core that impressed in 2017-18.

Goran Dragic and James Johnson are the stalwarts amongst the Heat roster at 32 and 31 years of age respectively, and 36-year-old Dwyane Wade will play a role of the bench. However, apart from those three plaers the Heat line-up remains relatively young and full of promise heading into the season. Josh Richardson announced himself as a potential top 50 player last season and should continue to trend upwards in 2018-19 while Tyler Richardson, Hassan Whiteside, Dion Waiters, Justice Winslow, Kelly Olynyk and Bam Adebayo make up the rest of the Heat core.

Miami topped the Southeast Division last season, edging out the Wizards by one game and maintaining a very healthy 26-15 record at home. Their problems came on the road, however, where they were 18-23 on the season. The young core will need to improve when they travel this year if they want to keep pace with a much-improved Washington team in the division.

Really interested to watch the progression of Justice Winslow this season. He became an elite on ball perimeter defender in 2017-18 and showed signs of developing somewhat of a jump shot. If he can make that shot a little bit more reliable this season he will be extremely valuable off the bench or in the starting line-up.

Hassan Whiteside remains an issue though. We saw in the Eastern Conference playoffs last season that he was unable to guard the likes of Joel Embiid and Dario Saric when the Heat faced off against the 76ers in the first round. There are plenty of bigs in the Eastern Conference who can stretch the floor eg. Embiid, Saric, Al Horford, Serge Ibaka, Brook Lopez to name a few, so he’ll need to improve that aspect of his game or he could fall out of favour to Olynyk. 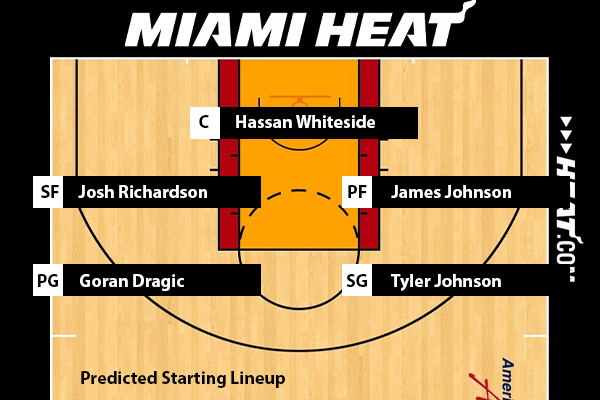 What to Expect?
As a team, we don’t think the Heat will be worse in 2018-19, but they haven’t really taken active steps to make their roster better. Natural progression of youngsters will definitely make them more competitive and probably carry them into the playoffs again but we think that’s about their ceiling this season.

I’m not sure if Goran Dragic and Hassan Whiteside are really the key to the Heat’s next real championship run. They are already 32 and 29 years old respectively and both have just this season and next left on their contracts.

The Heat currently have the highest payroll in the league, which is greatly due to Chris Bosh’s lingering contract. The end of next season is the key period for the Heat. Bosh’s contract comes off the books at the end of this season and after next they’ll be able to make a decision on both Whiteside and Dragic. We think they part ways with the two aging stars and look to land one or two big pieces in free agency to pair with the young stars in Johnson, Waiters, Olynyk, Richardson, Winslow and Adebayo. Miami is, after all, a destination city that attracts big players.

Until then we think the Heat are content with being a top eight team in the Eastern Conference and getting some valuable playoffs experience into the above-mentioned players. 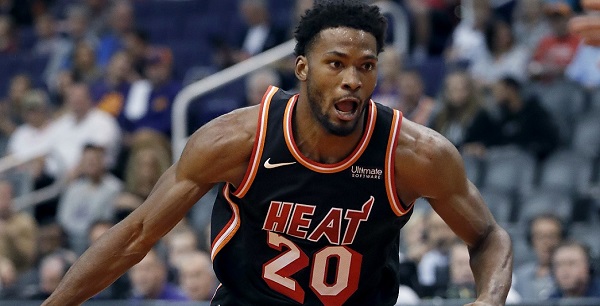 We don’t think it’s a stretch to say that Justice Winslow has Kawhi Leonard potential on the defensive end. He just needs to add somewhat of an offensive game to compliment. He was much better from distance in 2017-18, raising his 3P% from .200 to .380 but the consistency of shots still isn’t there. If he can settle around .320 from 3 or 4 attempts per game, you have a genuine three and d threat on your hands.

The Heat have their first round draft pick in 2019 so if they can pair Winslow with an exciting offensive minded young player as well as Josh Richardson, they have the base for a decade.

Vegas 2018-19 Win Total
Just as the Heat made no roster changes in the off-season, we think they will land in the same spot at the end of the 2018-19 season. Sixth place seems like a appropriate place for them to land considering we think the Bucks and Wizards get a little bit better and the Cavs and Pacers fall away a touch.