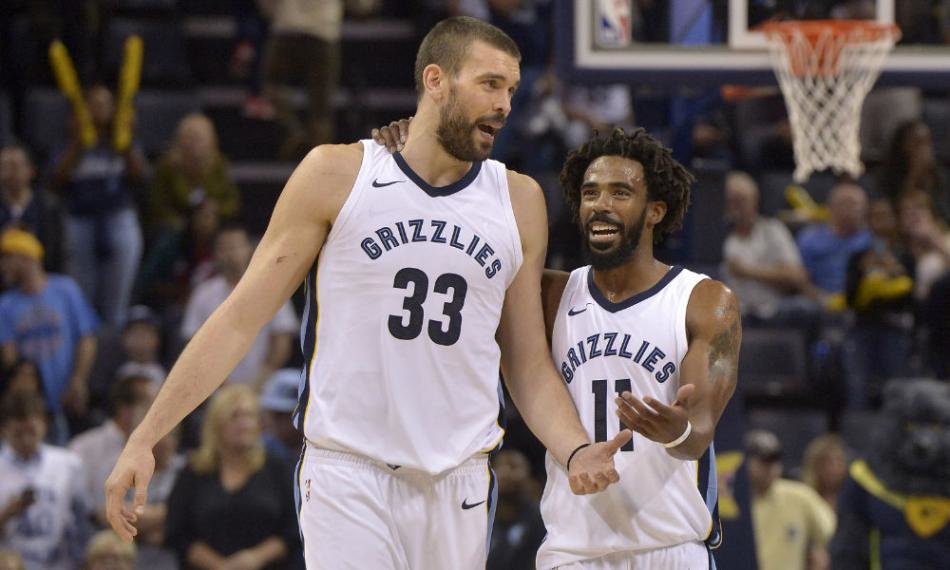 2018-19 Preview
The Grizzlies started last season as one of the contenders for the Western Conference by winning seven of their first 11 games. However, injury to starting point guard Mike Conley derailed their season and they never really got back on track. The low point of the season was a 19-game losing streak throughout February and march.

The Grizzlies will once again roll out Conley and Marc Gasol as their two primary pieces at either end of the floor this year. Many thought the departure of Zach Randolph a few season’s back would mean termination of the Grizzlies big three that achieved success over a five-year span, however, they have decided to continue with Conley and Gasol and have added a few valuable role players this season.

Kyle Anderson joins from the Spurs and should add much needed defence and shooting from the wing position while Omri Casspi, Garrett Temple and number four draft pick Jaren Jackson will all be welcome additions to the depth chart.

Memphis fans will be desperate to see some production out of Chandler Parsons, who’s career has been riddled with injuries up to this point and who has played just 42 games since signing with the Grizzlies two years ago. As long as Conley and Gasol can stay fit, the Grizzlies certainly have the talent to challenge for a playoffs spot, the trouble is that the Western Conference is just so loaded. 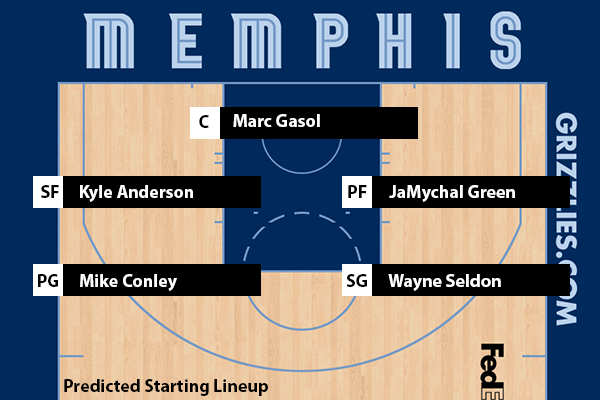 What to Expect?
It’s tough to see a healthy core of Gasol and Conley that made Memphis so successful throughout this decade so far miss the playoffs. However, we are struggling to find a place for them in the playoffs in this loaded Western Conference. Conley signed a massive five-year contract in 2016 which at the time was the richest contract in NBA history. He still has three years left on that deal and Gasol has this season plus a player option next year that he’d be silly not to opt in to, so this duo should remain at the Grizzlies and fight for a playoff spot for the next two years at least.

The front office will be desperate to be competitive over the next two season’s until they can finally rid themselves of the Chandler Parsons contract, unload Marc Gasol and look to rebuild. You can’t say they haven’t been successful throughout the Gasol/Randolph/Conley era, however, a loaded Western Conference filled with dominant Spurs, Warriors and OKC teams has meant a lack of silverware over that period.

We think they’ll be competitive this year but likely just miss the playoffs. Conley and Gasol are now both on the wrong side of 30 and you never want to predict injuries but it’s likely that one or both could miss significant time this year. Let’s hope for some development in the likes of youngsters  Dillon Brooks, Andrew Harrison and Jaren Jackson. 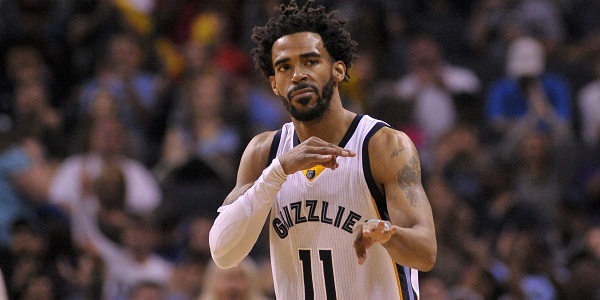 Key Player: Mike Conley
There wasn’t much difference in the Memphis Grizzlies squads of the 2016-17 season compared to the 2017-18 season, yet the two seasons were vastly different in terms of success due to the point guard playing only 12 games last year.  Conley is the Memphis Grizzlies offence, everything runs through him and he’s also a top tier defender at the guard position. The point guard was coming off his best season in terms of scoring in 2016-17 as he averaged over 20 points per game for the first time in his career. He’ll look to return to that form this season and give his Grizzlies a massive playoff push.

Vegas 2018-19 Win Total
The Grizzlies won just 22 games last season, seven of which came in the first 11 games of the season when Mike Conley was up and running. Their 2018-19 mark currently sits at 34.5 which is about right considering we have them in 11th spot in the Western Conference and last season’s 11th placed team, the LA Lakers won 35 games.

It’s tough to pick any of the bottom half of the Western Conference teams to go over in 2018-19 because the conference is just so loaded, however, one thing that the Grizzlies have always done extremely well when fit is defend their home court. They tanked hard last year when Conley went down to ensure they secure a top level draft pick but with Parsons, Conley and Gasol still signed on massive deals for multiple years and with their 2019 first round draft pick already in the Celtics hands, there’s no way the Grizz tank this season.

We think Conley and Gasol should be revitalised this season and have what it takes to just scrape enough wins together to cover the line.