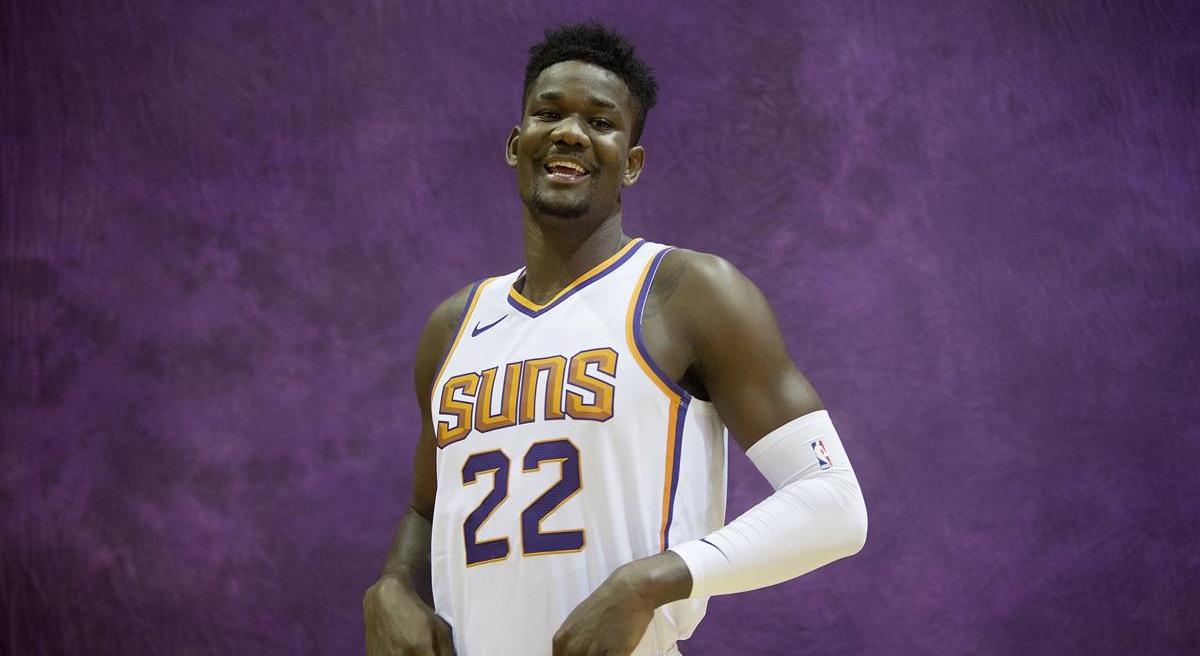 With the 2018-19 NBA season just around the corner it’s time for us to look at some of the ever popular NBA futures markets. Today, we take a look at some of the hottest prospects and league and provide our tip for this year’s NBA Rookie of the Year.

As we saw last season with Donovan Mitchell (pick 13, 2017), the top picks in the draft aren’t always the only ones in the running for the prestigious award. You only have to think back to 2016 when Milwaukee’s Malcolm Brodgan (pick 36, 2016) won the award for evidence that anyone really can win it. So without further ado, here’s NBA Punters thoughts on the ROTY contenders for the 2018-19 NBA season.

DeAndre Ayton: The number one overall pick in the 2018 draft will have every opportunity to prove himself in year one. Ayton will be the starting centre for the Phoenix Suns and is a lock to play 30+ minutes every night. We’ve already seen him post some naughty stat lines in the pre-season and we expect that trend to continue into the regular season. At 7’1, 250lbs with a 7’6 wingspan, DeAndre Ayton has an NBA ready body and the skillset to make an immediate impact.

Luke Doncic: There’s a lot of hype surrounding the 6’7 guard out of Slovenia and for good reason. In the 2017-18 season, Doncic became the youngest ever winner of the EuroLeague MVP at just 19-years-of-age. He’s the perfect size for the new age point guard and has the passing skills and vision to match. Like Ayton, Doncic already has the strength and endurance to play big minutes in the NBA. The only concern we have for Doncic is his speed and ability to stay in front of some of the more explosive players in the league.

Kevin Knox: 6’9 Kevin Knox is another player who’s been shown a bit of early love for the Rookie of the Year award. He was taken with pick 9 in the 2018 draft and will most likely walk into the starting five at the beginning of the regular season. Unlike the previous two contenders (Ayton, Doncic), Knox still has to work on his strength a little bit to be able to hold his own against NBA players in his position. Nonetheless, Knox is a great prospect and will provide the Knicks with another solid option on offence.

Trae Young: Maybe the most intriguing rookie of the 2018 draft class is 6’2 point guard, Trae Young. He’s drawn a lot of comparisons to 2x MVP Stephen Curry for the way he can create a shot off the dribble and drill a shot from deep three-point range. There are a few knocks on him, however. Young is undersized for the point guard slot in this day and age and lacks the athleticism to make up for it. He’s decent in the passing lanes but will get bullied against the bigger bodies in the NBA.

Marvin Bagley: Number 2 overall pick in the 2018 draft, Marvin Bagley has to be considered in this market. He’s a 6’11 big man with the athleticism and scoring ability to be a threat in the NBA for a long time. However, we saw in his pre-season matchup against Ayton that he still has a long way to go before he fulfils his potential.

We just can’t look past DeAndre Ayton for Rookie of the Year honours. He’s going to be the Suns second option on offence behind Devin Booker and will be a monster on both the offensive and defensive glass. There’s a bit of a knock on his defensive ability, but being 7’1 with a 7’6 wingspan you can expect that he will improve in that area. DeAndre Ayton is definitely the man to beat.