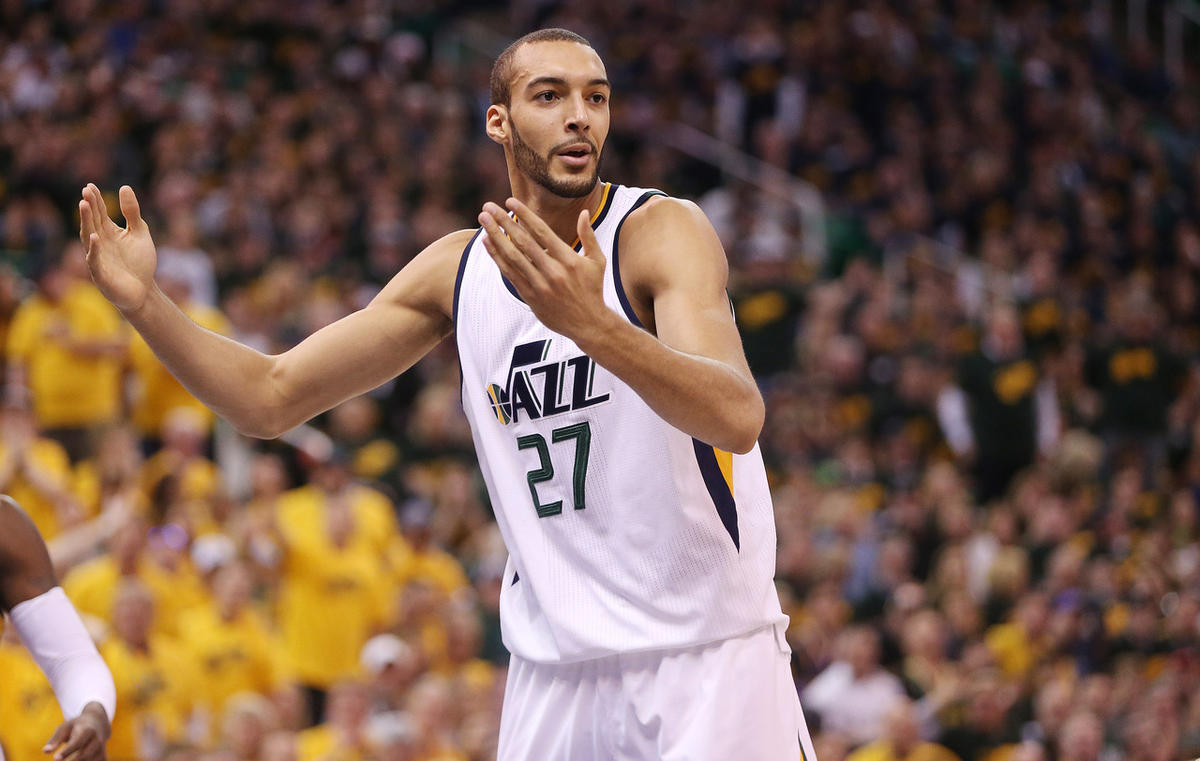 TSP have been working tirelessly to cover all the major awards as we approach the beginning of the 2018-19 NBA season. In today’s instalment we analyse some of the best disruptive players in the league and give our preview and best bet for this season’s NBA Defensive Player of the Year award.

Being named the Defensive Player of the Year (DPOY) is one of highest individual honour an NBA player can achieve. It was first awarded in the 1982-82 season and is most commonly given to a big man who puts up great rebound and block numbers over the course of the regular season. Only on 7 occasions has the DPOY been given to a perimeter player and only once has it been awarded to a point guard (Gary Payton, 1996).

For the reasons mentioned above, we’ve opted to focus on the premier frontcourt defenders in the NBA when compiling our list of contenders.

Rudy Gobert: Also known as the ‘Stifle Tower’, 7’1 Frenchman Rudy Gobert is the reigning NBA Defensive Player of the Year. He had an amazing 2017-18 campaign and has shown steady improvement each season he’s been in the league. Gobert’s incredible 7’9 wingspan and athleticism make him the most dominant rim protector in the league. If he can continue on from his stellar 2017-18 form and stay healthy, there’s no reason why he won’t be in the mix for DPOY again this season.

Joel Embiid: Another genuine contender from the centre spot is Philadelphia 76ers superstar Joel Embiid. Embiid has always had undeniable talent, but last season he was finally able to show it consistently in his first healthy year in the league. His timing and shot blocking ability made him a contender for the award last season and if he can stay healthy again in 2018-19, there’s no reason why he won’t be right in the mix.

Draymond Green: 2017 Defensive Player of the Year Draymond Green is always in the conversation for best defender in the NBA. He may be a little undersized in the frontcourt standing at just 6’7, but his 7’2 wingspan allows him to play a lot bigger than he is. Green is one of the rare players in the league that can defend 1-5 and we fully expect he will be a dominant defensive presence again in the 2018-19 season.

Kawhi Leonard: The final player on our list is 3x DPOY winner, Kawhi Leonard. After missing most of the 2017-18 season with the Spurs, Leonard requested a trade and was dealt to the Raptors. Like Green, Leonard has the rare ability to guard any position on the floor and is arguably the best defender of this generation. If he can get back to his best, he will right in the mix for his fourth DPOY award.

A fully fit Kawhi Leonard is always a threat to take out this award, but we’re tipping Rudy Gobert to become the back-to-back Defensive Player of the Year. The Utah Jazz are an incredible defensive unit that are now starting to get a lot of recognition around the league. If they can put together another great season and generate some hype, Gobert should get the nod.