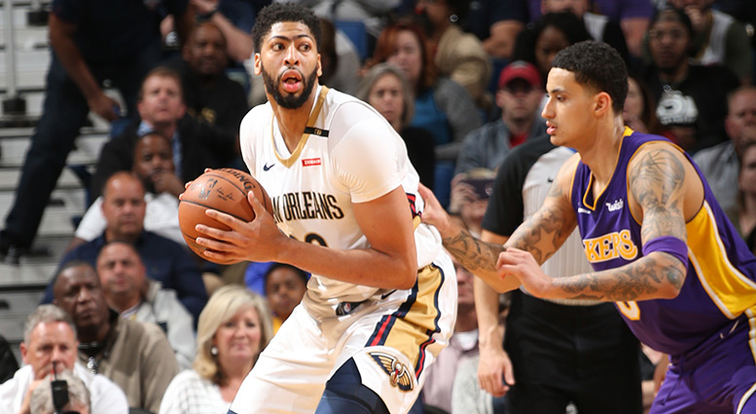 Our best pick on Tuesday featured an exciting game between the Nuggets and the Thunder on national television. Our pick (Nuggets -3.5) looked in trouble mid-way through the last quarter, but the home fans were able to give their team a lift to get them over the line. That win was our second in a row in what has been an extremely profitable 2018-19 NBA season. We now shift our focus to the large 11-game slate on Wednesday an look to keep our streak going. Good luck to everyone following!

Our best bet from the large Wednesday night slate comes from the Western Conference match-up between the New Orleans Pelicans and the Los Angeles Lakers. Tip off for this crucial game at the Staples Center is scheduled for 10:30pm (Eastern Time).

These teams faced off just five days prior to their upcoming meeting on Thursday in Los Angeles. Surprisingly, the Pelicans won that game despite going in as big underdogs, eventually coming out victorious by 13 points at home (128-115). Jrue Holiday and Julius Randle led the way for the Pelicans in that one with 27 and 24 points respectively, while LeBron James had 27 points and 12 assists for the travelling side.

The Pelicans couldn’t quite back up their home win against the Lakers with another one against the Sixers a couple of days later. They actually entered as favourites due to the travelling team being with Joel Embiid, although they just couldn’t quite make enough good plays down the stretch as they eventually lost by one point (110-111). That was the Pelicans fourth loss in six games in what has been a really troubling campaign for their whole organisation.

Meanwhile, the Lakers are coming off back-to-back losses where they entered as favourites against the Pelicans and most recently the Grizzlies. They’ve now lost six of their last eight games and are making a meal of their playoff push so far. LeBron James announced that he was entering ‘Playoff Mode’ post All-Star break, but hasn’t been able to deliver on that statement thus far. As it stands, the Lakers are in 11th position in the Western Conference standings and are three games behind the Spurs in eighth.

The Lakers may not be in the greatest of form, and they may have let us down in the reverse fixture just five days prior, but we’re prepared to give them another go on Wednesday. You can’t afford to hold grudges in the betting game, especially when there’s terrific value on the line, which we believe this play represents. We expect the Lakers to bounce back at home and make light work of the Pelicans, who have been dismal on the road this season with just nine wins from 32 games.