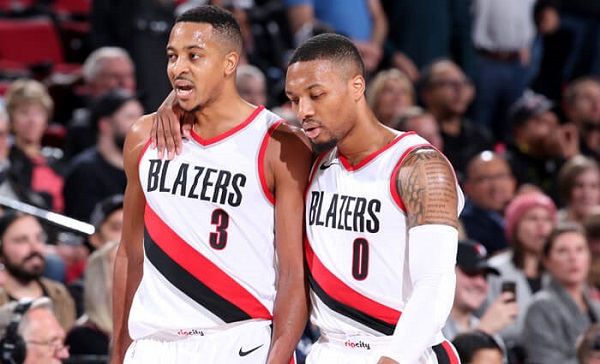 What a run we’re on at the moment with six straight spread wins with our NBA Betting Picks. On Monday it was the Nets who covered their spread (-5.5) at home against the Mavericks, wining easily in a wire-to-wire victory. Their bench was just many levels above the Mavericks in that outing, with Dimwiddie and LeVert ticking over the scoreboard at will. We now look to make it seven straight wins with a play on the smaller slate on Tuesday. Good luck to everyone following!

Our best bet from Tuesday’s six game slate comes from the Portland Trail Blazers at Memphis Grizzlies match-up, which will be played at FedExForum at 8pm (Eastern Time). This will be the third time these Western Conference rivals have met this season.

The last time the Blazers met the Grizzlies was December 19th in a game that ended in favour of the Trail Blazers by six points at home (99-92) at the Moda Center. Damian Lillard led all scorers that night with 24 points for the Blazers, while Mike Conley had an efficient 23 points to lead the Grizzlies.

The Blazers travel to Memphis to play their seventh and final game of their current road trip, where they’ve managed to win an impressive five from six games thus far. Their most recent game came in Charlotte where they controlled the game from start to finish to run home 10 point winners (118-108). New recruit Rodney Hood led all scorers that game with 27, while Jusuf Nurkic added 26 to go along with 15 rebounds. This recent stretch has propelled the Blazers into fourth spot in the Western Conference standings with a record of 39-24.

The Grizzlies come into this in some surprisingly decent form of their own, winning two of their past four games. They were competitive without winning in their most recent game against the Thunder in Oklahoma City, which has become a common theme for a Grizzlies team seemingly entering a rebuild. It’s been another disappointing season for their proud organisation, who have mustered up a 25-40 record, which is the second worst in the West.

The Grizzlies have shown a bit of fight in their recent games, but we expect a deep Trail Blazers roster to be too strong here. They’ve been brilliant on this road trip and have been able to rest a number of key players along the way. They’re still fighting for home-court in the first round of the playoffs, which means they’ll likely play with an intensity that will be unmatched by the Grizzlies.