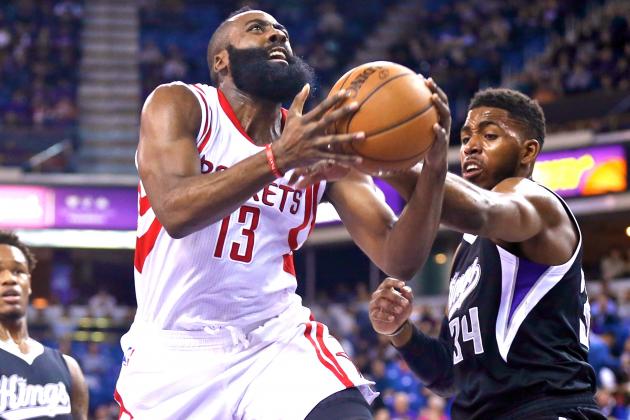 The big nine game slate on April 1st delivered some exciting games and interesting results for punters. We now shift our focus to the much smaller four game slate that on Tuesday that includes some very intriguing match-ups. Seven of the eight teams hitting the court on Tuesday are Western Conference teams, with five of those seven still competing for the all important seeding positions. As usual, we’ve analysed the markets to come up with out best pick for the slate. Check it out below and good luck to everyone following!

Our best pick from the four game slate on Tuesday comes from the Western Conference affair that sees the Houston Rockets travel to take on the Sacramento Kings. This game is scheduled for tip off just after 8pm (Eastern Time) at the Golden 1 Center in Sacramento, California. This will be the fourth and final meeting between these teams this season in a series the Rockets are looking to sweep.

The Kings and the Rockets met just a few days prior to their upcoming encounter on Tuesday. The Rockets were 11 point winners that day (119-108) in front of their home fans at the Toyota Center in Houston. Rockets MVP candidate James Harden was phenomenal with a monster triple double (50 points, 11 rebounds, 10 assists), while Kings sophomore guard D’Arron Fox (18 points, seven rebounds, 10 assists) was close to posting a triple double of his own.

The Rockets last game was in fact their 11 points over the Kings on March 30th, which was their second on the spin and fourth win from their past five games. The Rockets currently sit in third spot in the Western Conference standings with a season record of 49-28. Now with just five games remaining, Harden, Paul, and the Rockets need to find their best form in order to hold onto home court advantage for at least the first round of the playoffs. If they do so and they remain healthy, the sky is the limit for the D’Antoni coached Rockets.

The Kings have played one game since their meeting agains the Rockets, which was a surprise seven point road win in San Antonio against the Spurs. Despite entering that match-up as 9.5-point underdogs, Dave Jaeger’s Kings were brave on their way to a final score of 113-106 in their favour. Overall, many would agree it’s been a successful season for the young Kings. They’ve got great pieces for the future with Fox, Hield, Baguley and co. as well as a game plan that seemingly gets the most out of their talent. Unfortunately playoffs are out of reach this season, but they’ll still be looking to finish of strong and enter the off-season with their heads held high.

As mentioned above, the Rockets are 3-0 against the Kings this season and are looking to complete the series sweep. The Kings play at such a high pace which a lot of teams struggle to cope with, but unfortunately that’s just not the case with the Rockets. D’Antoni’s offense thrives in transition and fast ball movement which is why they’ve had so much success against the Kings in recent times. We expect Tuesday’s game to be no different.