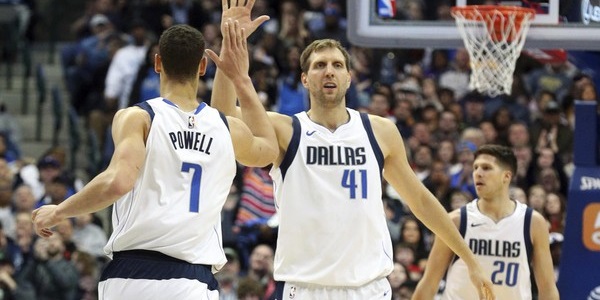 There wasn’t too much the Grizzlies could do on Wednesday with Steph Curry, Kevin Durant, and the Warriors just too good over the 48 minutes. It was a disappointing and tough loss to take, due to the Grizzlies being so competitive for a large portion of the game, but it just wasn’t our day! We now shift our focus to the eight game slate on Thursday and look to get back on the winners list. Check out our best pick for the slate below and good luck to everyone following!

Our best bet from the eight games on offer on Thursday comes from the intriguing battle that sees the Dallas Mavericks travel to take on the Miami Heat. This game is scheduled to tip off just after 7:30pm (Eastern Time) at the famous American Airlines Arena in Miami, Florida. It should be a really interesting battle between the young Mavericks and the experienced Heat who are looking to clinch a playoff berth with only a handful of games remaining in the regular season.

As always, these teams will only meet twice in a regular season with each team hosting once. The first of two battles have already played out between these teams, meaning this will be the final time they see each other this season. The Heat got the better of the Mavericks earlier this season in Dallas, defeating them by 11 points (112-101) at the American Airlines Center on February 13th. Rookie sensation Luka Doncic was his usual self with 18 points, 12 rebounds and nine assists, but it was Dwyane Wade (22 points) who turned back the clock to hand the Heat an important road win. Highlights for their February 13th clash can be seen in the video below.

The Mavericks backed up their amazing blowout win against the Warriors with a disappointing home loss to the Kings last time out. As great as that demolition job of the Champs was, we’re prepared to call it an outlier in their current run of form. The Mavericks have won just four of their past 20 games and have been blown out in a whole bunch of them. They do have plenty of promise for the future with Luka Doncic, Kristaps Porzingis and co. but right now the end of the seasons couldn’t come any quicker.

The Heat find themselves in a precarious position after a couple off less than ideal performances. They’ve lost two of their last three, with their most recent loss being the most damaging. It came at home against the Magic who are one of the other key teams fighting for the final one or two playoff positions on offer in the Eastern Conference. As it stands, the Heat are half a game back from the eighth spot with just eight games remaining in the regular season.

This play really stood out to us at first glance of the markets. The Heat are a team in desperate need of a win if they’re to clinch a playoff berth, while the Mavericks are looking to the future and are more than happy to get 30-35 minutes into their lesser experienced playoffs. Simply put, we expect the Heat to get out to an early lead and never look back.