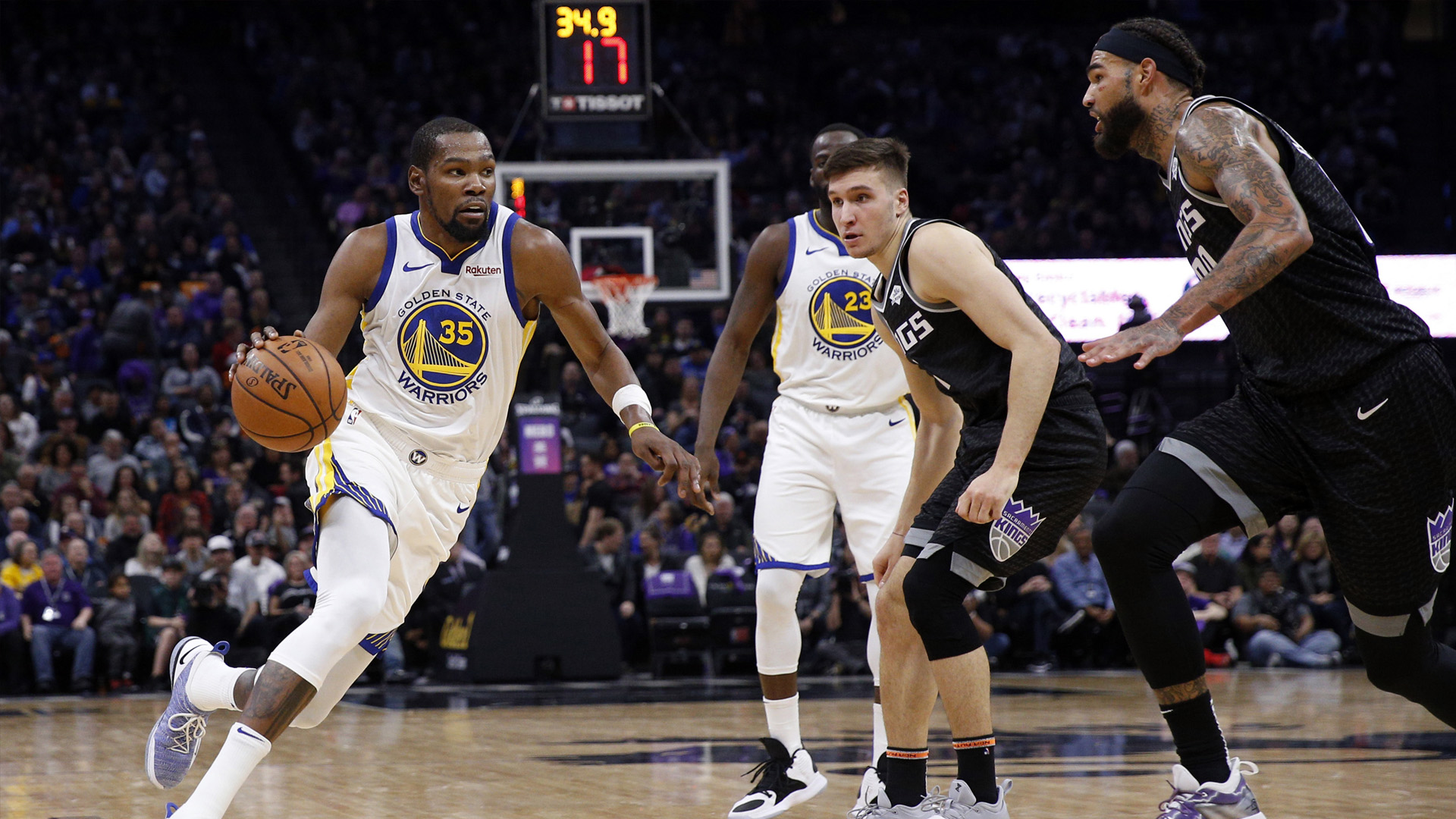 In what has felt like a lifetime, the NBA returns on Thursday February 21st! All players and coaches have had the week off to freshen up both mentally and physically for the most important phase of the regular season. The All-Star break was great, don’t get me wrong, but there’s nothing like post All-Star break basketball where the best players and teams in the NBA make their push towards the playoffs.

There’s a juicy six game slate first up on Thursday, which includes some absolute ripper games. As we’ve done all season long, we’ve analysed all games on the card and have come up with our best pick of the day. Check out our best play below and good luck to everyone following!

Our best bet from a terrific six game slate comes from the Western Conference match-up between the Sacramento Kings and the Golden State Warriors at Oracle Arena at 10:30pm (Eastern Time). This is an important contest for both teams, but particularly for the Kings as they commence their post All-Star break playoff push.

The Kings and Warriors have played three times this season and all three games have been absolute thrillers. The Warriors may have won all three, but the combined margin of victory is just 10 points, with all three wins being by five points or less. Their most recent meeting was on January 5th, where Steph Curry dropped 42, broke Justin Jackson’s ankles (see video below), and led the Warriors to a 127-123 win.

The Kings will be keen to improve on an already impressive 2018-19 season to date. They’ve exceeded all expectations thus far, but will be desperate to make a big push to reach the playoffs for the first time since 2006-7. Their recent form has been decent with six wins from their last 10, although they lost their last outing by two points to the Nuggets in a game that they really should’ve taken. Kings fans will be hoping that new addition Harrison Barnes can start to gel with the team sooner rather than later in what many see as a hand-in-glove type fit.

See below the Western Conference standings as per Wednesday February 20th. 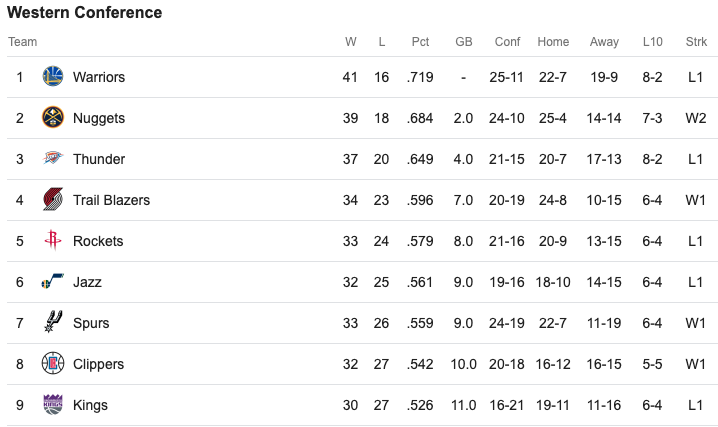 The Warriors will be looking to build on the really dominant form they showed in the lead up to the All-Star break where they won 16 of 18 games. That great stretch had them leap frog a bunch of teams in the West to land in a very familiar position atop of the conference standings. Oh, and the addition of superstar centre DeMarcus Cousins didn’t take any time at all to help improve on what is and has been for some time, an extremely formidable Warriors starting line-up. It’ll be interesting to see just how switched on the Warriors stars are for the remainder of the regular season, but one things for sure – they’re going to be the team to beat come the playoffs.

As mentioned earlier in the piece, the Warriors have already won the regular season series after claiming all three meetings with the Kings thus far. However, the Kings have been more than competitive in those meetings, matching the firepower and fast pace of the Warriors right up until the final few possessions. We expect to see this for the fourth time this season when they meet on Thursday, with the Kings getting the early jump on the lackadaisical post All-Star break Warriors.