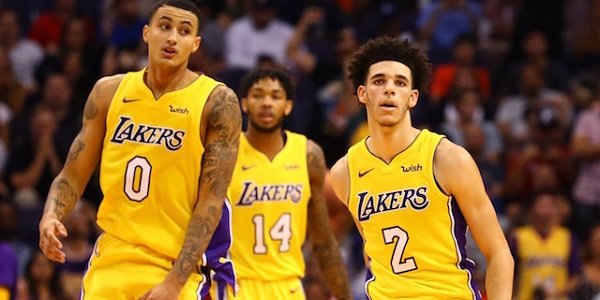 It was a fairly stress-free day for us on Wednesday as our best pick flew home for the win. We had the Jazz to cover the big spread against the Suns in Phoenix, which wasn’t without controversy. Prior to the game there were a whole host of Jazz players pull out which we saw as a huge disadvantage to our tip, however, we were granted some luck when Devin Booker (prayers to him and his family) went down with an ankle injury early in the first term. This left the Suns extremely short-handed and eventually cost them the game, simultaneously granting us the win.

We now shift our focus to the very small three game slate on Thursday and look to extend our winning streak to three. See below as we preview and provide our best play of they day. As always, good luck to everyone following!

Our best bet from the smaller three game slate on Thursday comes from the Golden State Warriors at Los Angeles Lakers match-up. This game is scheduled to tip off just after 8:30pm (Eastern Time) at the famous Staples Centre in Los Angeles.

The Warriors and the Lakers have met three times this season with the Warriors holding a 2-1 edge. The last time they met was on February 2nd at Oracle Arena in a game that finished 115-101 in favour of the Warriors. Brandon Ingram (20 points) was the most effective for the Lakers, while Klay Thompson (28 points) was lights out for the Warriors.

The Warriors come into this in some of the best form they’ve been in all season. They’ve won four of their last five including two huge wins in their last couple of games. Their most recent was a crucial 14-point win at home against the Nuggets, which gives them a big edge in the Western Conference standings. As it stands, the Warriors are 1.5 games clear of the Nuggets in first spot in the West with five games remaining in the regular season.

The Lakers looked the goods early in the season when they were sitting pretty in fourth spot in the Western Conference standings. However, injuries, chemistry issues, and poor coaching has cost them dearly this season. Their playoff aspirations were shut down a long time ago, as they now look to the future for the remaining games this season.

The Warriors need to keep winning their remaining games to hold onto the one seed in the West. Meanwhile, the Lakers have nothing to play for and will likely give extended minutes to some of their younger guys. All in all, we see this being a really comfortable win for the Warriors on the road.