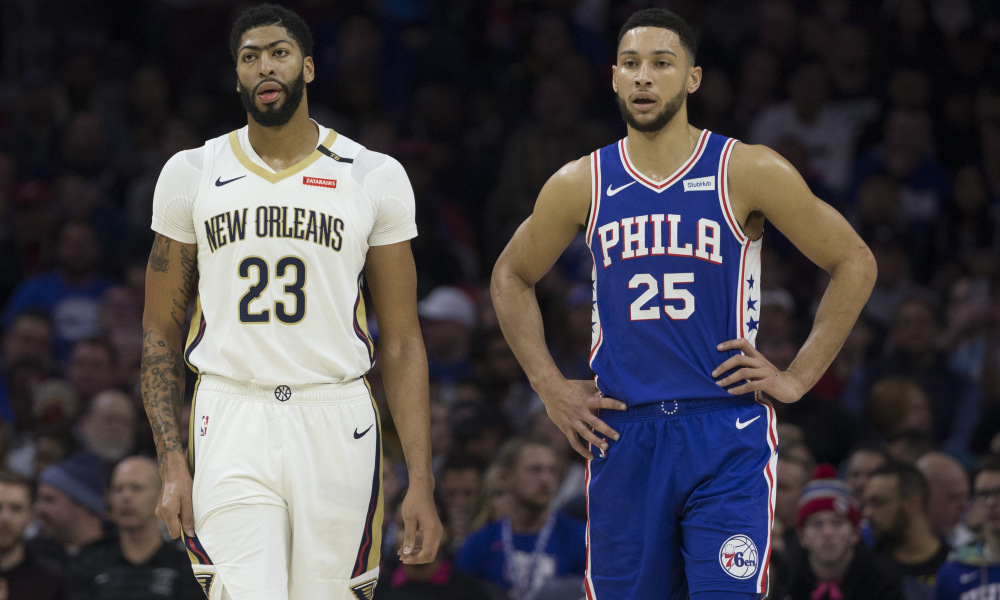 Unfortunately, LeBron James and the Lakers let us down big time on Saturday, losing to the undermanned Pelicans on the road and simultaneously making their playoff aspirations look every shakier. We now look to bounce back as we shift our focus to the big slate on Monday. Good luck to everyone following!

Our best bet from the big 11-game slate on Monday comes from the cross-conference battle between the 76ers and the Pelicans at the Smoothie King Center in New Orleans. This will be the second and final meeting between these teams this season.

The Sixers and the Pelicans met just over two months ago in Philadelphia. That game ended up being a thrilling one point win for the 76ers in front of their home fans, thanks to a huge performance by Joel Embiid on both the offensive end (30 points, 19 rebounds) and the defensive end, where he restricted Anthony Davis to just 12 points.

The Sixers were fairly disappointing in their last outing against the Blazers, losing that one at home by 15 points points without Joel Embiid. Despite the loss, the Sixers remain in fourth spot in the Eastern Conference standings, but are now just one game clear of the fifth places Celtics. It’s now imperative that they bounce back sooner rather than later to ensure they hold onto home court advantage in the first round of the playoffs.

The Pelicans, on the other hand, surprised us all with a big win against the Lakers last time out. They were inspired by a whole host of impressive performances from some of their lesser known players, who were able to cover the absence of Anthony Davis who was sitting out due to rest. It was a good moment for what has otherwise been a really sour season for a Pelicans organisation who were looking to improve on a second round exit last campaign.

Even without Joel Embiid who will once again miss through injury, we believe the Sixers will be too strong for their lesser talented opponents. They match up well with the Pelicans across the board and will be aided by the minutes restriction Anthony Davis has been forced into due to his imminent exit. At even odds, we’re more than happy to back in the Sixers to get a much needed win against a team who’s season is all but over.